One of the items on my to-do list this week seems pretty straightforward:

(Side note: BLANK is not the actual title of this manuscript, but I have a thing about not talking too specifically about books while I am still hip deep in the weeds with them. Also, this particular project doesn't have a settled upon title at the moment. It's morphed around a lot over the years. Recently, I thought I'd hit upon the perfect title before realizing there was a new YA book out with the same one. Ah well. BLANK it is.)

I don't know if you caught the phrase "over the years."

I say this with a mixture of embarrassment and defiance: BLANK is a book that I have been writing and rewriting since 2002. I'm not exactly sure how many distinct versions of it there are. It morphs around too, subtly changing and expanding and evolving, so that now it's a much bigger production than I ever dared dream it could be when I first started writing it.

Nova Ren Suma has this great blog series called The Book of My Heart. In the intro she writes about why her own book Imaginary Girls "holds a distinct and special place" in her heart, and she invites other authors to write about their special books.

If I ever get my book BLANK right--(whatever right means--I'll know it when I see it--so far I have not seen it)--I will send my response to Nova and ask if she will use it in her series.

BLANK is without question the book of my heart.

Every couple of years I write a version, and I share it with my long suffering critique partner Donna, and she gives me a lovely peptalk.

She's learned, you see. The first time, many versions earlier, when I told her I was thinking about going back in, she asked the obvious question: "Why?"

I stammered for a bit. At that point I hadn't even begun to articulate my obsession.

Now I've come to the understanding that I have to write this book. It's my story and I'm the only one who can tell it.

Each time I pick it back up, I am refreshed and excited. This is IT, I tell myself. This is the one. And each time I finish, I'm a raw wound, a burned out shell of my former self, vowing never again. If THIS isn't the one, screw it. Forget it. Forget them, those stupid pretend people.

Until lo and behold, almost like clockwork, those people wake and rise and whisper, and I am compelled to open up the manuscript and try again.

I thought I was the only one who did this kind of thing--wrote a book over and over--until I came upon an author's note at the back of a novel:

I have wanted to write about [this] for a very long time. I actually attempted it several times. First while in college, then again right after. I'd almost given up, but a few years ago--after I'd published three novels and really should've known what I was doing -- I threw myself at the legend one more time. And failed again.

The author is Maggie Stiefvater. The book that she's describing is The Scorpio Races, which is pretty much in my top ten favorite books of all time.

It's what I've done just now, as I am about to tackle my to-do:

I think you may be able to guess what the next item is on the list...

The Non-Writing Days of Summer (also known as: The Slowly Going Out of My Skull with Boredom Days)

To try to explain how loopy I get when I'm not writing-- the other day I posted a picture of a homegrown eggplant on my rarely used Instagram account and was weirdly thrilled to see that 10 people had "liked" it.

When I notice myself thinking/doing stuff like that, I realize it's time I go back to work.

Which I will do. 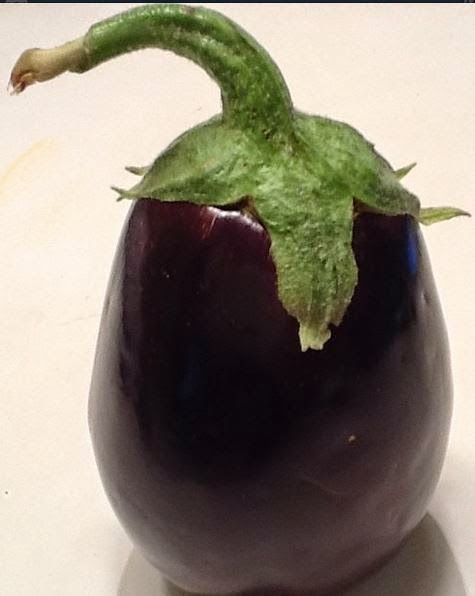 PS: this IS a really really nice eggplant, but is it truly 10 likes-worth nice of an eggplant?

PPS: no offense to any of the people who liked it.

Email ThisBlogThis!Share to TwitterShare to FacebookShare to Pinterest
Labels: eggplants, not writing

No Answers. But Thank God for Books

Robin Williams died the other day. Suicide. Which seems to upset and confuse a lot of people. Mostly because we want to understand why. Coping with a death is difficult enough for the ones left behind, but when the death seems to have been preventable, it's even more difficult.

If only the person had asked for help or had gotten therapy or had taken medication or had tried harder to fight his depression or had snapped out of his bad mood or whatever, he'd still be around.

I liked Robin Williams, as most people did.  We liked the version of Robin Williams that Robin Williams showed us. The manic, hilarious, brilliant man who appeared in Dead Poet's Society and Good Will Hunting and The Birdcage and Aladdin. Like millions of other people in my generation, I was introduced to him in Mork and Mindy. I suspect I was not the only kid who put rainbow suspenders on my Christmas list in 1978.

I am not one of those people who thinks suicide is a selfish or cowardly act.

When I was seven years old, my father committed suicide, so I have had a long time to think about suicide and depression and death and loss and grief.

Because I am a reader, I look for my answers--imperfect as they are-- in books.

When I was younger, I did this too. Probably because reading was a nice way to escape from real life. I loved fantasy books like A Wrinkle in Time, The Lion, the Witch, and the Wardrobe, and Charlotte Sometimes, mysteries like Trixie Belden, and stories about happy families like One of a Kind Family.

I didn't read many stories about death. But the few that I did read, I read over and over. I didn't realize it when I was a child, but I think I was grappling with the loss of my father, and reading was a safe way to do that.

Some of those books have stayed with me.

A Summer to Die by Lois Lowry. This is Lowry's first book, interestingly enough. (If you don't know Lowery's work--she is the acclaimed author of The Giver, soon to be a movie.) A Summer to Die is about the death of a sibling, the MC's older sister.

Beat the Turtle Drum by Constance C. Greene, also a book about the death of a sibling.

A Pocket Full of Seeds by Marilyn Sachs. This book is heartbreaking. Main character Nicole is sleeping over at a friend's house when her entire family is taken away by the Nazis during WWII. She ends up in hiding at a Catholic school. There's a scene that's stuck with me where Nicole has a rare moment of fun with friends and a nun yells at her, basically saying that Nicole has no right to laugh when she doesn't know the fate of her family.

Bridge to Terabithia by Katherine Paterson, about the death of a best friend.

Some books I WISH I'd had back when I was a kid:

Try Not to Breathe by Jennifer R. Hubbard. Main character who has failed in a suicide attempt befriends a girl whose father committed suicide.

Fall for Anything by Courtney Summers. A girl's father, a famous artist, commits suicide and she teams up with one of his students to figure out why.

Looking for Alaska by John Green. A boy's quest to understand why the girl he loved died.

Okay for Now by Gary Schmidt. There's no death in this book, but it could be a life-saver for a kid struggling with a not-so perfect home life.

Eleanor & Park by Rainbow Rowell. Also, a potential life-saver. Romance between a boy named Park and a girl from the wrong side of the tracks named Eleanor.


There are no definitive answers about why some people are so profoundly sad that they feel the only way to end the pain is through death.

Books don't have the answers either. But they give a little bit of comfort. A few hours of escape.

A voice that whispers, You are not alone... 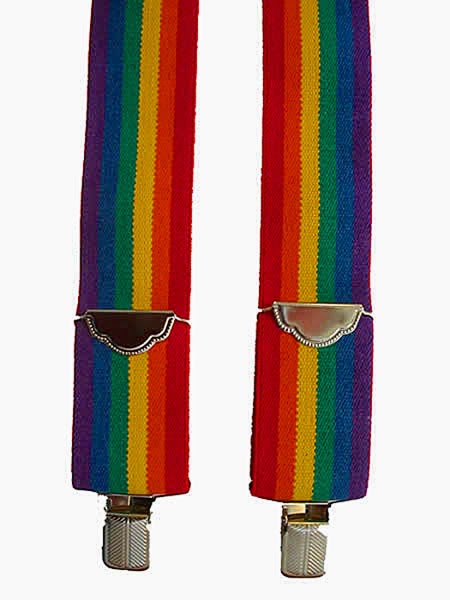 Yeah. So. I wasn't going to blog about this because it's a big bummer. And because I don't want to bum YOU out and also because I try to avoid writing about non-writing and/or reading related topics unless I am writing about cleaning toilets or my Italian grandmother or college searches or cheesy french fries.

But sometimes life intervenes in the form of a cyst on your spine, and it pretty much consumes your summer, and it's hard to think about anything else to write.

What happened was at the beginning of the summer, June 20th to be exact, two days before I embarked on my book tour, I woke up with "sciatic" leg pain and my foot went numb. The doctor pumped me up with steroids and pain meds and I had a grand old (yet hazy now) time in California parked out at the pool (on an ice pack) at the Beverly Hills Hilton, strolling around beaches (and getting pooped on--and get this, not being stressed about it. See: pain meds), meeting old friends and bonding with new ones, hugging my son, and doing numerous events that also seem a little hazy now in retrospect, and honestly, if I didn't have my tattoo, I might wonder if the trip actually happened. 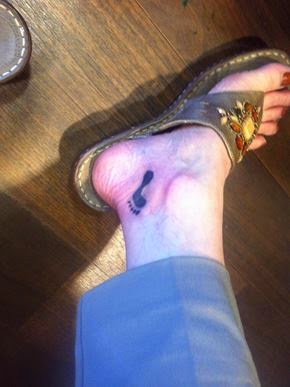 I just checked and yes, the tattoo of a foot is presently on my foot so no worries. I am not a complete loony tunes.

I am also not on pain meds anymore. Most of the summer--since the CA trip--is all a nice big hazy memory too, and I discovered that I'd rather experience pain than laze around in La La Land. (although, La La Land is a Lovely Land to visit from time to time.)

It doesn't hurt as much when I stand. So I've been standing a lot. Standing, whilst waiting for different meds and treatments and physical therapy to work. And then I had an MRI and found out I had a cyst on my spine and was relieved. THIS problem could be surgically removed. YES!!

Except a few weeks ago I found out it couldn't.

The ten minute appointment I had with the neurosurgeon was surreal.

I don't want to knock this guy. Okay, I do want to knock this guy. While I was standing, he was sitting, rocking back and forth in his rockable comfortable-looking chair. He had his hands behind his head all relaxed looking as he told me that he couldn't do surgery and he wasn't sure what I should do next and maybe the cyst would go away on its own and blah di blah, and I almost started crying, but thank God I remembered this bit from Louis CK and tried to laugh instead.

If you don't know who Louis CK is, he is a brilliant, hilarious, raunchy comedian. See here (and don't be offended) as he has his own run-in with an unsympathetic *%& doctor:


Anyway, the good news is that I am going to get a second opinion before I embrace my new life as a Stander in a world of happy-looking Sitters.