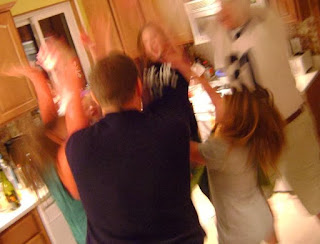 There was the typewriter, of course, the Christmas, I was thirteen.

This was a manual one, with ribbon you had to change and keys that stuck together if you typed too fast, but I loved it immediately, typing out stories and books and even my daily diary, two-fingered, until I took a typing class in high school and learned the proper method.

A stereo and albums I had my heart set on. Don't tell anyone but I was a huge Van Halen fan, once skipping school with a friend to stand out all night in line outside the Hartford, Connecticut Civic Center, a night so cold the radio DJs over the radio were making fun of us and joking about sending us hot chocolate so we wouldn't freeze to death. Side note: the concert was awesome, although I was mostly slack-jawed, watching the lead singer prance around in leather pants with the butt cheeks cut out. (google "David Lee Roth butt cheek pants" if you want a good laugh)

Mostly, I can't remember gifts, things I once longed for, the packages I tore into. What I always liked when I was a kid was the lead-up to Christmas, the anticipation, when time seemed to crawl and practically freeze, those first steps down the stairs and the peek into the room with the tree, the floor bare the night before, now magically piled with presents,

and then a seemingly endless day playing and eating and visiting relatives while Sing-Along-with-Mitch blasted from the record player.

This year my husband has been converting old home movies--the ones originally on videotape cassettes and then converted to dvds-- to computer files. A good 25 hours+ of movies, some we have never watched before, many of Christmases past,

our own children stepping downstairs and peeking into the room with the tree, the first surprised glimpse of the mound of presents. And then the obligatory million shots of unwrapping packages, the holding up of new clothes, the demonstration of longed for toys. A parade of Legoes and American girl dolls, motorized cars and Barbies, plastic food kitchens and sports equipment.

Here's something funny: my husband and I have been fast-forwarding through those bits and instead have found ourselves lingering over the smaller moments

our four-year-old son dancing through the kitchen while I baste the turkey, his baby sister toddling around eating cheerios. They were so little and darling and I want to believe that we saw it, we knew it at the time, but there I am in the videos, a blur at the edge of the screen, scooping up crumpled tossed wrapping paper because I was annoyed by the mess, my husband not shown at all (he was holding the video camera)

while our very best gifts were growing up fast right in front of us. 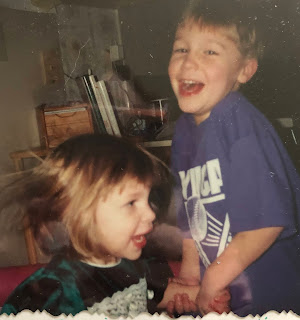 Posted by Jody Casella at 11:38 AM No comments:

Email ThisBlogThis!Share to TwitterShare to FacebookShare to Pinterest
Labels: being a mom, Christmas traditions, gifts

Everyone who knows me knows that I am the lady who gives books. It's kind of a joke in my family. Hmm, I wonder what Auntie Jody will give us this year...

Here are some of my favorites from the past year:

For a baby (or new parent): You can't go wrong with Here We Are by Oliver Jeffers. This was my go-to baby shower gift idea when I worked at the bookstore. Basically, a welcome to the planet earth written and illustrated by a new dad. This book is gorgeous with a kind message. And bonus points for being a fun read-aloud for kids nearer-to-age-three. 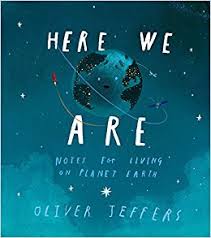 Pre-school: What Can a Citizen Do? by Dave Eggers. (The NY Times calls it "obligatory reading for future concerned citizens.") Also by the same author, my all-time favorite Her Right Foot, which tells the story of why the Statue of Liberty's foot is raised. 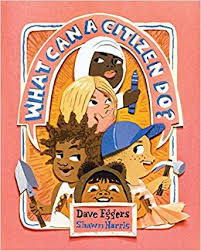 Early readers: Forget Dr. Seuss (okay, don't forget him, but if you are ready to branch out a little, try anything by Mo Willems in the Elephant & Piggie series. My favorite, of course, is We are in a Book. 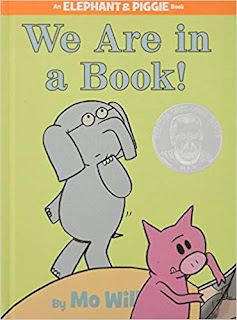 Early chapter books: ready to move beyond Ramona or Junie B. Jones? Try Jasmine Toguchi. She's sassy and smart, and delicious bonus, in the first book there's a recipe for mochi balls. 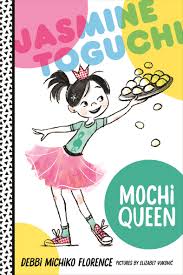 Middle Grade (8-12): Amal Unbound by Aisha Saeed. Eye-opening, thought-provoking and ultimately inspiring story about a girl living in a small village in Pakistan, sent to work (against her will) as a servant in the home of a powerful, corrupt family. 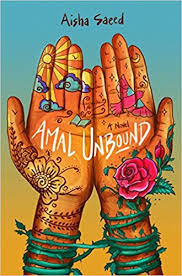 Upper middle grade (10-up): Long Way Down by Jason Reynolds (and anything else written by this brilliant, beautiful human). This book is a gut punch-- one 60-second elevator ride down in the life of a boy intent on revenge. 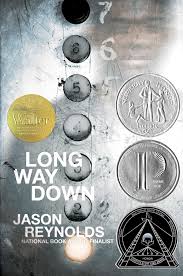 Graphic novel: Be Prepared by Vera Brosgol. Russian immigrant kid in the suburbs, longing to fit in with her American friends, turns to summer camp as the solution. Unfortunately, this camp is not what she had envisioned. An absorbing mix of horrifying and hilarious. 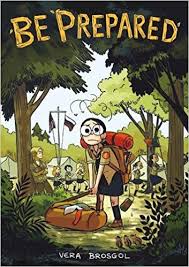 Young Adult: Sadie by Courtney Summers. Riveting and viscerally moving story of Sadie, a girl on a quest to find her sister's killer, told in alternating segments with a podcast that's trying figure out why Sadie herself has gone missing. 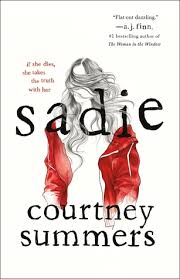 Adult: Almost Everything: Notes on Hope by Anne Lamott. Like all of Lamott's books this one is a surprising blend of funny, religious, outraged, amused and painfully human.

Spoiler alert: I am buying it for every woman I love this year. 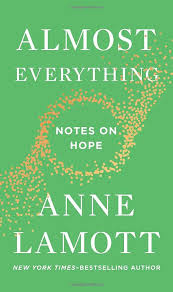 Posted by Jody Casella at 7:53 AM No comments:

Email ThisBlogThis!Share to TwitterShare to FacebookShare to Pinterest
Labels: Almost Everything, Amal Unbound, Be Prepared, books, Elephant & Piggie, Here We Are, holiday book shopping, Jasmine Toguchi, Long Way Down, Sadie, What Can a Citizen Do

How to Write a Natalie D. Richards Book (part two)

The book is called What You Hide, but for me it will always be called The Library Book. Because it takes place in a library; specifically, the library where Natalie works as an executive assistant, but SHHHHH, don't tell anyone. Let's pretend it's any small-town library.

But the library is only one piece of this puzzle.

There's a thing that the author Sid Fleischman said-- that just as it takes two sticks to build a fire, it takes two ideas to spark a story. The other idea for Natalie was a poor girl who runs away from home and starts hanging out at her town's library.

Add a rich boy who's sentenced to community service at the same library.

And because this is a Natalie D. Richards' book, there's going to be a creepy, thriller twist:

There's someone (something?) else hiding out in that library...

Side note: Let me tell you it is a fascinating thing to watch a person create a book in real time--

from the brainstorming ideas part (ooh, what if the girl hides in the restroom when the library closes? What if the boy finds a dead body in the stacks?)

to the first-draft/narrative-crafting part (okay, I'm thinking that the boy has a secret he's hiding too, but I can't figure out what it is yet...)

to the revision/plot-hole-filling stage (ugh! the timeline's totally off! How am I going to get everyone back inside the library for the climax??!!)

to the cover reveal: 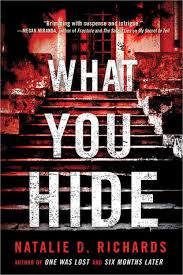 A lot of this is worked through during daily phone calls (did I mention that Natalie and I are critique partners?) and she calls me every morning on her way to work at the library so we can discuss things like

character motivation
and homelessness
and upper middle class towns
and the opioid epidemic
and privileged teenagers
and spousal abuse
and libraries as sanctuaries
and psychopaths
and techniques for climbing the outside of a building.

And now after more than a year, the book is out and on the bookstore shelves and IN THE LIBRARY! 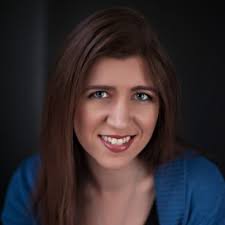 Follow her on Facebook Author Natalie D. Richards
On Twitter: @NatdRichards
On Instagram (where she shares fun pics of her enormous dogs)
Books:
Barnes & Noble
Amazon
Cover to Cover-- For signed copies (and to support an awesome local bookstore)