My husband and I are visiting his parents

and like always when we visit them, I get caught up in their family stories. My mother-in-law musing about sleeping upstairs in the house built by her father, the cracks in the roof exposing the sky, waking up with a dust of snow on her face. The family origin story of my father-in-law-- his grandfather's crossing from Denmark on a ship that sank, the week on a lifeboat, a daring rescue, the eventual settling in America and the birth of twenty-two children (My husband's grandfather was number 12.)

I love these stories. The little tidbits and back-matter. The plant in the corner that came from a clipping of a plant grown by my father-in-law's mother. How when my mother-in-law talks about going upstairs in her childhood home, she means climbing a ladder. (I've been part of their family for thirty two years and I just now learned that detail.)

My husband and I share our own stories with his parents, updates on our daughter's wedding and our son and his girlfriend's van-life cross country trip. Which, okay, seem a little trivial contrasted against the life and death of a ship going down, a childhood spent in abject poverty, but the grandparents, of course, are always happy to hear any stories about the grandchildren.

For a few days, life slows down. Meals. A list of handyman jobs for my husband to do around his parents' house. Side note: they keep the heat on 75, and my husband and I are sweating up a storm and laughing about it, but after a while, we just decide to go with the flow, channel the word COZY. We can't stay very long and we'll soon be back to what we have now been told is our very cold house.

65 degrees, my father-in-law had exclaimed. Is that what you keep your heat on?

Meanwhile, against my better judgment I sneak peeks at the news on my phone. Stories about the new Supreme Court Justice nomination. Stories about Russia's invasion of Ukraine. The stories make my head hurt. Did I mention how hot it is in this house?

Oh, here's a story about the chickens the great grandmother kept, how she loved them so much she would cry every Sunday dinner when the family ate one. The frogs and turtles my mother-in-law's older brothers caught because some days, what else was there to eat?

Our daughter has chosen a wedding dress. Our son and his girlfriend found themselves in New Orleans during Mardi Gras. Did you know, he texts me, that anyone can march in the parade if they want to? We share the pictures with the grandparents. The lovely dress. Our son draped in colorful plastic beads. 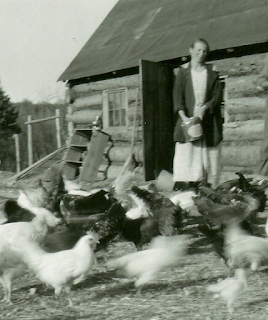 Posted by Jody Casella at 10:27 AM No comments:

If you do the Wordle each morning, you know what I'm talking about. If you don't, Wordle's a game where you get six chances to guess a five-letter word. Pretty much everyone I know is doing it lately. My husband, our grown kids, old friends, new friends. It's rare that so many people in my life are on the same page.

Is it the brain teaser aspect of it that we love? Or the competition? Or maybe it's that perfect blend of challenge and tension, followed by the joyful burst of adrenaline upon completion. We can always use another moment of joy.

This morning, for example. Off for a walk with the dog, and I notice that someone has cleaned nearly all of the books out of my Little Free Library. Maybe there's an innocent explanation, but several streets over, I find another library emptied out too, and this one with the door left banged open.

What if they needed those books for something important? my husband, god love him, asks me.

Like what? I say. I'm picturing the culprits roaming the neighborhood in search of little free libraries to snatch from so they can sell the goods on eBay. I want to be the kind of person who gives people the benefit of the doubt, and not the kind who writes a strongly worded petty letter, demands to see the manager, whines about the service.

Maybe it's because I'm getting older. Getting older, I've heard, and the world inevitably shrinks. We get caught up in the silly drama. Forget our better selves. Giver

Maker or … I can’t think of a five-letter word for the opposite of make.

Back from my walk and I restock my library. I shouldn't have used the word inevitable when I was talking back there about the world shrinking as we age. It’s only inevitable if you say the word, and I don't. Won't. Something else-- I have a ton of extra books.

I drive them over to my neighbor's and fill the empty space. 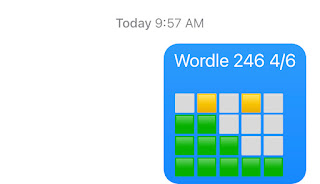 Posted by Jody Casella at 7:14 PM No comments:

Moving rocks around my yard

What I envisioned was not a koi pond but an herb garden. I thought it would take an afternoon, maybe two, to give away the fish, drain the water, empty out the rocks, fill the hole up with dirt and plant herbs. If it's not obvious yet, I was a ding dong.

The actual process was longer and messier and possibly caused long term damage to my shoulder joints. It was the rocks that nearly did me in. My initial plan was to move them out of the way slightly, just enough to get at the rubber liner underneath. Cut away the lining and nudge the rocks back into the hole.

But the hole went down so deep and there were so many layers of rocks. Some were more like boulders. Some were the size of gravel. Some was sand. Lots of sand. And where the hell was the liner? Several days into the project, without realizing it, I'd created a precarious wall of rocks just outside the mucky former koi pond, and there I was in the center, still digging in the mud.

To avoid an avalanche on myself, I started moving the rocks into the driveway, first just to get them out of the way, but later, in an attempt to see what I had. How many rocks were there? What were their various sizes and shapes? A few of the rocks were interesting. Maybe I'd want to keep them for some future gardening project? Cut to: I lost myself in a several-weeks-long digression of rock organization.

The hole filled up with rain and froze, the rocks still piled up in the driveway. I was sick of looking at them. In spring I thought I might be ready to try again, but the weather was sucky. It rained a lot. Or I'd have to work. On a rare, free, weather-cooperating day, I'd climb into the hole and chuck out a rock or two, but my heart wasn't really in it. The project was starting to seem stupid.

And then we had a global pandemic, and I needed something to think about besides the global pandemic. Why not finish digging up the remainder of the damn rocks? Cut out the liner and shove everything back in once and for all. It took a good month in which I swore a lot and pinched my fingers and scraped my legs and tried to ignore the disturbing-sounding pops and creaks emanating from my shoulder joints.

When I was finished, a friend from work brought me herb clippings from her garden, and we stood awkwardly facing each other while properly socially distant in my driveway. The garden surprised me by taking off on its own, the small clippings rooting and spreading out to fill the space and beyond. Sometimes I sit out on the patio and try to remember the hole, the rocks-- all of that raw hard work, but truthfully, it's kind of a blurry memory, thank God.

Anyway, this is the long way of saying that I'm halfway (who am I kidding? I'm not anywhere near halfway! Haha!) into the revision of a writing project, and all I can see in front of me are the rocks, but whatever.

If moving rocks has taught me anything, it's that if I keep digging through them and flinging them around, eventually I'll end up with a lovely herb garden.

Posted by Jody Casella at 4:50 PM No comments:

My son's girlfriend made me fleece pajama pants

and I love them. They're cozy and perfectly fitted and she added pockets in the front and carefully stitched my name across one. Truth be told I haven't taken these pants off except to go to work and lucky me, the library was closed for two days due to a snowstorm, so I was able to get even more wear out of them. I am all about comfort these days. It's cold out there. (See: snowstorm),

and mostly we're stuck inside. Even the dog doesn't want to do our three-times-per-day walks. I wish she had told me this before I spent fifteen minutes bundling us both up, me in my layers of outwear and the dog in her sporty jacket, but three steps out the door, and she was glaring up me like, Immediately No.

Ah well, it is warm inside, and for several days, there's lovely company, my son and his girlfriend who are presently van-life-ing across the country, stopping for a visit with us along the way. The first night I complimented my son's pajama pants and barely an hour later, I was presented with a pair of my own. She's MYOG-ing for you, my son explained.

MYOG, if you're not up on the lingo, means Make Your Own Gear. In addition to clothing, his girlfriend makes bags of various sizes, intricately sewn and handy for carrying whatever you might need on cross-country trips. I love this for them, the sewing, the cross-country-traveling, but I realize lately, I am happy to stay where I am. Maybe this is a GOT

(Getting Older Thing) or maybe I'm just more content with simple pleasures, curling up on the couch to read books and doing the Wordle in competition with my husband each morning, (Okay, it's NOT a competition. We just each do the Wordle and then gloat at each other when one of us solves the puzzle faster), binge-watching Netflix shows and making more dinners at home. Oh, and here's something fun:

friends of ours sent us a gift box subscription to a drink of the month club, where you get all of the elements to stir up a drink and the first box came and it looked like an elaborate chemistry experiment, complete with vials and adorable little spritzer bottles. Why do I feel like we are all fiddling while Rome burns, people dying from the virus, the crazy conspiracy theories and threats of book bannings, and what ridiculous privilege I have to burrow away in my warm house,

wearing my lovingly made homemade flannel pajamas and snuggling up with my finicky dog. Some days, most days I don't see how to balance it, the wider world with my inner one and how lucky I have been and how can I possibly give back, and my only answer seems to be:

It is February and I am here. My husband stirs up the drink concoctions, and we clink glasses with our son and his girlfriend before they continue on their way.

WMTA (We miss them already.) 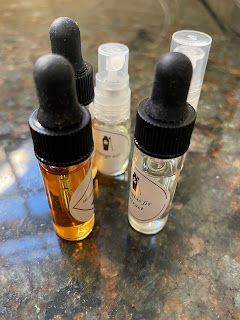 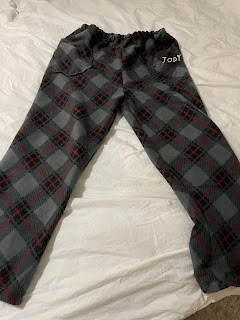 Posted by Jody Casella at 9:36 AM No comments:

Email ThisBlogThis!Share to TwitterShare to FacebookShare to Pinterest
Labels: Drink of the month, GOT, MYOG, pajamas, the opposite of van-life-ing, Wintering, WMTA
Newer Posts Older Posts Home
Subscribe to: Posts (Atom)