Pushing Through the Mushy Middle

As promised (here) I'm back to give my middle of the month NaNoWriMo pep talk. Saturday I spoke to a group of gung-ho authors hunkered down at the Thurber House for a Columbus area write-in, and Wednesday night I met with writers at the local library in my town. I was blown away by the number of people who showed up for both of these sessions.

Everyone and their mother seems to be participating in NaNoWriMo this year.

Okay. This is a slight exaggeration. I am not signed up for NaNo this year. And neither is my mother. But it does sorta feel like there's been an uptick of interest. (Just checked and there are almost 300,000 people plugging away on novels according to the NaNo site.)

Many of those people may be floundering around at this point in the process.

All of that energy and excitement you had on Day One--the cool ideas, the interesting characters, that brilliantly worded first line--all of that tends to fall away on like Day 5 or 6ish, and suddenly the ideas seem dumb, the characters are meh, and what the heck were you thinking? the first line is ridiculously pretentious.

But I am here to tell you to keep writing anyway. 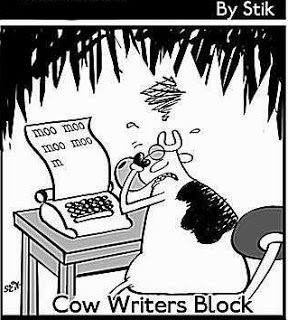 Some people say that writing a novel is like driving through Texas. 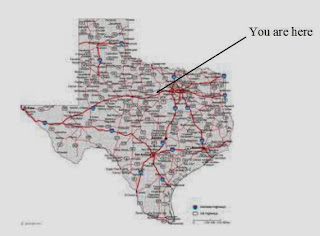 It's a freaking long trip and maybe your car will break down, or you will get lost, or you will veer off the road to avoid hitting an...um...armadillo. You'll wonder if you should turn back, quit driving, and perhaps check out the condo rentals in this little town in Texas where your car has overheated.

Have your car tuned up by a local mechanic, get a bite to eat at the Waffle House next door, then get back into your car, set your GPS, and go. New Mexico is only like, 400 miles away.

Wait. What were we talking about again?

What I meant to tell you is KEEP WRITING. As Robert Frost famously said: "The only way out is through." Yeah, I know what you're thinking. Who is the poet Robert Frost to be giving us advice? He wrote poems for God's sake, which everyone knows are MUCH MUCH shorter than 50,000 word novels.

Sigh. Somehow these "inspirational" talks of mine always devolve into commiserating with people about how HARD it is to write a book. Yeah, you're going to have finish this first draft and it's going to be a big messy thing and you're going to have to revise it. Multiple times. And then it's likely never going to be published. Blah blah blah, and instead of being inspired, everyone's depressed.

I promise I did give these hunkered down writers what I hoped were a few practical helpful tips.

The big one, something that has helped me in the past, is to take a look at the Hero's Journey. For those of you who have not heard of it, the Hero's Journey is basically an outline behind every story ever told. The hero leaves the comfortable (or not so comfortable) Ordinary World and sets off on his real (or psychological) journey.

Along the way he meets friends and fights enemies. He learns the rules of the Special World and faces his demons. At some point he approaches danger and what seems to be certain death, but he fights that battle and emerges with his reward.

In the end he returns home a changed person.

There's more to it and you can read about it Joseph Campbell's The Hero with a Thousand Faces. Another helpful resource is Christopher Vogler's The Writer's Journey. 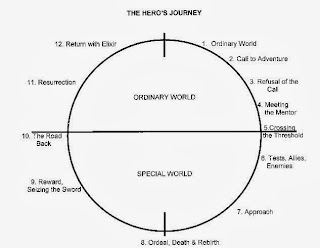 Many writers use the Hero's Journey template to structure their books. I see it more as a guideline, though, something to keep in the back of your mind while you are writing, especially if you are the type of writer who does not outline extensively before you begin. If you're stuck, it can't hurt to see where your main character is on his journey.

And it can't hurt to see where YOU are on your Writing a Book Journey.

If you are mired in the mushy middle--if your story has veered off and what you thought you were writing about has turned into something else, or if your main character has disappeared, or if new characters have mysteriously plopped into the narrative on page 100, or if the realistic novel you thought you were writing suddenly evolves into a Sci-Fi thriller--there is no quick fix, no magical secret.

Worry about that stuff later. Make a note to yourself and move on. Get back in the damn car and keep sputtering down the road.


PS. If you're really blocked, you can always kill a character or blow something up.

Tune in next month when I give you every trick I know for revising your messy first draft and for one day, possibly, hopefully, getting it out there into Publishing Land.