A few days after I got my driver's license, my mom asked me to drive my little brother Frankie to his friend's house across town. I was still a tad anxious about driving (I'd nearly failed my test. Probably I SHOULD'VE failed my test, but this is a story for another day.)

Anyway, I was trying to be conscientious and mature-like, while also channeling a Cool Older Sister vibe as I drove. I came to a stop sign and noticed a couple of young kids riding bikes waiting to cross the street. I waved my hand and said, "You can go," and idled there for a moment while the kids crossed.

But oh, this was so not the end of this story. Frankie, who was eleven at the time, made fun of me mercilessly for days. He turned the story into a joke. According to him, I had waved at the young kids on the bikes and said loudly, in a sing-songy voice: "YOU CAN GOOOOO." This he joyfully mimicked accompanied by exaggerated hand gestures.

Days turned into weeks. Into months. Into years.

It's a family story now--"Jody Waves at the Bike Riders and Tells them You Can Go." And it's morphed into me rolling down the window, getting out of the car, walking the bikers across the street, sing-songing "you can go" the whole time.

Only a couple of months ago, I heard the story at least twice. Frankie--now called Frank, mature and responsible business owner and father of two--retold it gleefully at a family reunion when I was on a book tour in CT. My son (who freaking wasn't even in existence when I was 16) quoted the story, complete with hand gestures when I was driving him to lunch one day. We both cracked up.

What does this have to do with tattoos? you might be wondering.

Bear with me. So I am about to leave on a group author tour to California in a few weeks and I am thrilled and excited and slightly anxious. I only know the other tour-ers virtually but they all seem nice, and one of them suggested jokingly (or maybe not jokingly--I DON'T KNOW) that we should get matching tattoos to celebrate our group tour-i-ness.

I laughed out loud at the thought. Let's just say, I am not the type of person who gets a tattoo. The type of person I picture getting a tattoo is young and hip and trendy and cool. In other words, if I got a tattoo, that would be the very definition of absurd.

But I kept thinking about it. And every time I thought about it, I'd start laughing. It's silly and ridiculous and weird, and yet-- funny.

Then it hit me, why NOT get a tattoo? And thinking of myself actually doing it, made me laugh more.

I'm not talking a giant serpent or skull and cross bones on my chest,  but something small. Something tasteful. Something kinda hidden, but not.

I made up my mind, while chuckling to myself. I decided I want to get a small footprint-looking graphic (to represent the guy in my book Thin Space) on my ankle.

I told one of my friends and she was very perturbed. "Tattoos really aren't you," she said. "It's permanent," she added.

Well, yeah. I get that. I tried to explain how happy it made me feel just to think about it. "It's funny to me," I said.

She didn't get it.

I waved at her and told her she could go. 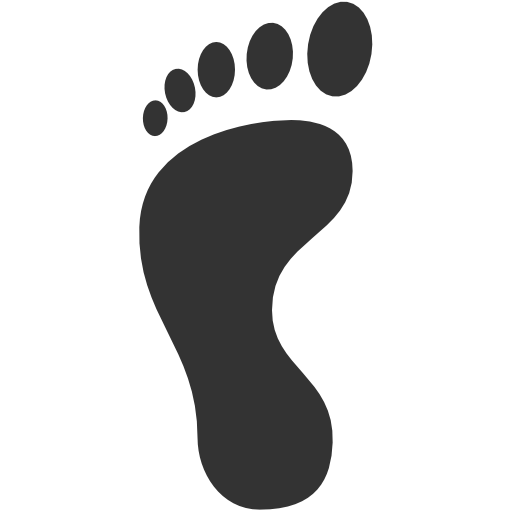