I am not much of a wanter of things. Ask my husband. I drive him crazy before birthdays and Christmas.

What do you want? he asks me, and usually, I shrug and say: Nothing. Or sometimes I will say something like, Well I just got a kinda expensive haircut, so that can be my present.

He ends up buying me stuff and I admit I like what he buys me. Nice cushy slippers. A fancy tablet. A vacuum cleaner that roams around the room on its own (I suspect I may trip over it and crack my head open, but that is a post for another day.)

This post is about wanting. Wanting things. Wanting dreams to come true. Wanting to craft a certain kind of life for yourself, especially when the life you are leading seems to be slipping away or it's a life you've fallen into or it's a life that's veered off on a different path from what you once upon a time envisioned.

When I was growing up, I wanted to be a writer. I also wanted a nice stable family and home life. For a long period of time I did not know that I could have both. I sort of plodded along, giving up writing for family and then daring to think that maybe I could still be a writer too.

Cue New Agey-style sitar music, light an incense candle, plump up a pillow on the floor, and sit in a lotus pose upon it, because I'm gonna tell you a secret:

You can have what you want.

The trick is you have to be able to verbalize the want. You have to imagine that you can have such a thing.

This is much harder than it seems on the surface.

Go ahead, right now, make a list of what you want. Objects. Dreams. Watch how a voice jumps in to say it's silly or crazy or impossible or selfish.

Seven years ago my family moved from one state to another. I left behind a teaching job I loved and dear friends and a much-adored house. I turned forty that year and the combination Move/Possible Mid-Life Crisis was a jolt to my system. I'd always been writing, but the writing had become a hobby that slipped slowly down my to-do list, until some weeks it wasn't on the list at all.

I moved into a new town where I knew absolutely no one and the kids were in school all day and I didn't have a job outside the house and the house was old and drafty and uncomfortable, and I realized I was uncomfortable.

I wanted to call myself a writer again.

I found this book called The Artist's Way by Julia Cameron, and no offense to Artist's Way followers out there or Julia Cameron fans, but I started reading the book and immediately mocking it in my head. Julia Cameron talks about stuff like rediscovering your inner lost creative child and how you need to play and take yourself out for artist dates and let the Creator speak through you and other whack a doodle stuff like that. 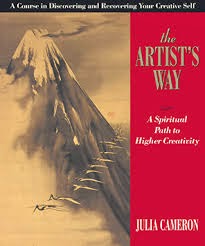 It's a twelve-week course. With exercises. Like listing what you want.

Julia Cameron says you don't have to believe in it for it to work.

I didn't believe a damn word of it, but after much pooh-poohing, I wrote a list of wants, things I didn't even really want all that much. A new coffee table? Who gives a crap, but okay. I'll put new coffee table on the list because I don't like the one we have.

A designer purse. Hmm. Why not?

Our van was breaking down at the time, the fanbelt literally falling off whenever you made a left hand turn in the rain. A new car would be cool. How about a Lexus?

Here's something bizarre. I never showed anyone the list, but that year a neighbor gave us a coffee table. One of my brothers gave me a designer purse for Christmas. My other brother passed on his old Lexus to me.

I wrote more lists. I want a yellow kitchen. (done. That was easy. I bought a couple of gallons of yellow paint and painted the kitchen myself.) Ditto the herb garden and the row of asparagus plants and the new windows to keep the house warmer.

I want a published book on the library shelf.
I want to speak at writing conferences.
I want to go on a book tour.

Once I started, I couldn't stop. The list scrolled out. I wanted more and more.

When I wasn't wanting, I was working. Painting the kitchen and planting the herbs and asparagus. And I was writing. I was writing like a maniac.

Over the next two years I wrote three novels and a bunch of short stories. I wrote articles and started this blog. In September, 2013, six years after I made the Want list, my book Thin Space could be found on library shelves.

I don't know what happened but somewhere in there I got pretty much everything I wanted-- (except for a dining room table. I don't know why I put that on the list.)-- and I was grateful and happy and humbled and honored, but I was also incredibly busy and the new life I'd crafted--the one I had always dreamed of having--became normal and then somehow became meh and even, at times, bluh.

What do you want for Christmas? my husband asked me a few weeks ago.

I've been writing, and it's so hard. I read reviews of my book and I believe only the bad ones. The book I am writing right now sucks.

But this morning I was sitting in my warm yellow kitchen and I pulled out The Artist's Way again. I read the beginning and immediately started mocking it. What a load of absolute hooey, I said to myself. 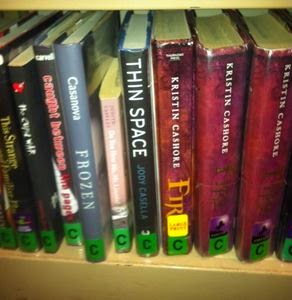