Why I Went Indie -- Guest Post by Holly Schindler

My writing friend Holly Schindler has a new book out today--her first non-traditionally published novel, and her first in the category of what they call New Adult (a tad older and, sometimes, spicier than Young Adult-- for those not up on the lingo.) To celebrate her book launch, I let her take over my blog. SO, here's Holly Schindler: 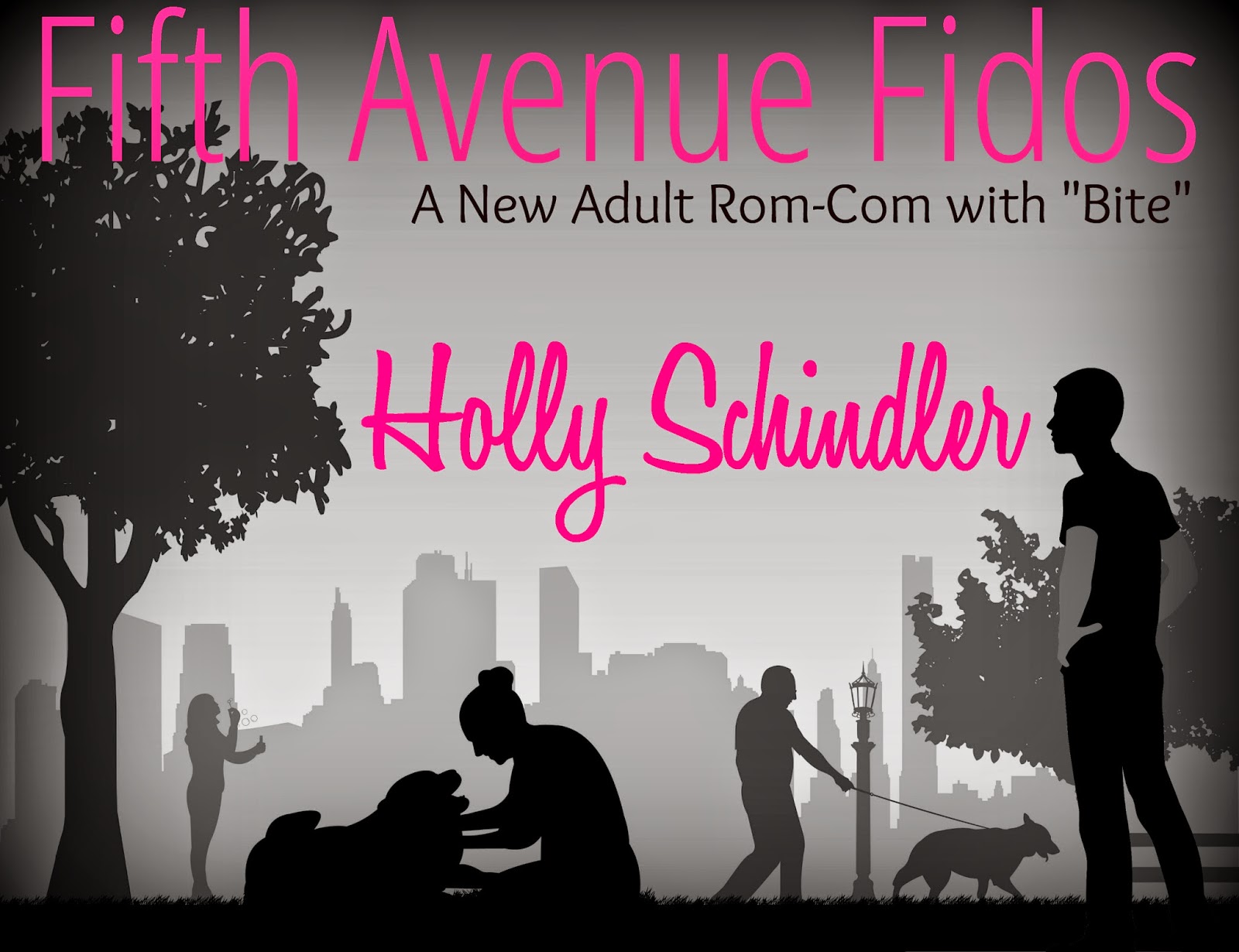 With four traditional books out in the world (three YAs and one MG), and after having snagged a couple of starred reviews and won a few awards, I’ve been asked why I chose to go "indie."

FIFTH AVENUE FIDOS is a book that was originally inspired by my own dog, Jake, shortly after he came into my life…eleven years ago. It went on sub a few times; editors all indicated that the book was well done—a couple actually said, “This needs to be published”—but they just plain didn’t know what to do with it. Wasn’t YA, wasn’t adult. One editor said the book was “neither fish nor fowl.”

This was before New Adult had emerged, of course, but even after New Adult became a well-read genre / age category, FIDOS was still breaking the mold. It’s a sweet story (rather than sexy), and while Mable is nineteen when the book starts, she’s not in college, either. There’s a love scene, but it’s fade-to-black rather than steamy erotica. After New Adult came into being, editors were still holding onto the manuscript—it bounced between imprints at several houses, as editors struggled to find a place for it.

In the end, it just didn’t work. FIDOS does not fit the current traditional publishing platform. Which is what makes it a perfect fit for the indie world.

With the rise of hybrid authors, independent publishing no longer means “inferior.” There will always be books that don’t fit the traditional-publishing mold—just as FIDOS doesn’t. Authors have options.

As I continue to explore what’s possible in the independent world, I can indulge in projects (subjects, genres, etc.) that I couldn’t if I were to rely solely on traditional means of publication. And I can put the books out at my own pace, outside of traditional publishing seasons (an aspect that’s especially appealing when you’re a fairly quick writer).

I’m only at the beginning of my independent publishing journey—and there’s absolutely no predicting where, exactly, it will lead. But I CAN reveal that the next indie book I’ll be writing (I’m beginning to draft it now) is the NA sequel to my YA romance, PLAYING HURT. I’ll be announcing the release date through my newsletter; so be sure to sign up so you’ll know when you’ll be able to download the steamy new installment of Chelsea and Clint’s love story.