When I met W.S. Merwin, all I could think about was

how he once knew Sylvia Plath. At twenty-two I was still wildly enamored with her brute black-booted daddy poems and the story of how she'd lost her mind in a cold flat in London and gassed herself while her toddlers slept in the next room. Part horror, part fascination, only a small part understanding. I knew next to nothing at age twenty-two, 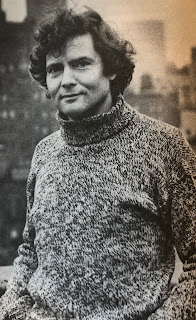 but I knew enough to be excited that W.S. Merwin was visiting my MFA program to do a reading and later mingle with us at the wine-and-cheese.

I expected to meet the dark-haired Heathcliff-looking Sylvia Plath friend from the 1950's, but this man was white-haired and ancient,

he had piercing blue eyes, and when I mingled with him while drinking my wine and eating my cheese, I want to think that I didn't mention Sylvia Plath,

that instead, asked him about his poems or at least sounded halfway interested and serious,

What I probably talked with him about was his poem "Air" because I'd used it in a poetry workshop when the assignment was to write a poem using another poem as a model, writing yours with the same number of syllables per line, 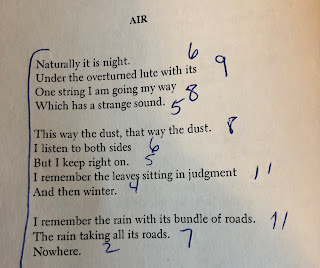 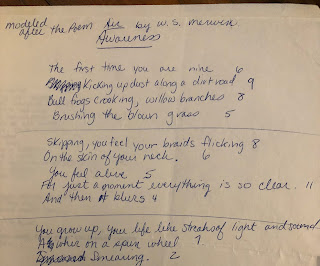 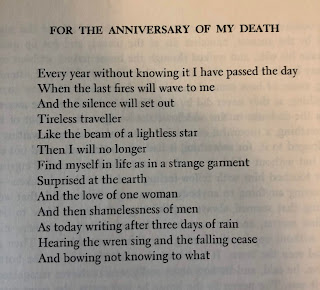 because I was blown away by how obvious the idea was and yet I'd never thought about it before,

but who knows what we talked about. That was almost thirty years ago. I think he signed his latest book for me...

I just now checked, and the small volume of poetry is there on my bookshelf, proving I do have half a brain.

And so we both passed the day without knowing it. 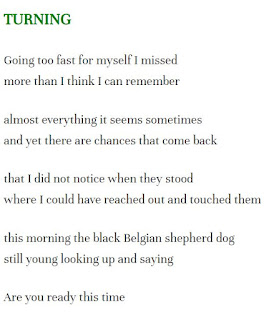