Happy to announce that I am already making headway on one of my resolutions this year: Number Two, “earn money.” The job also met all of my criteria (there was no running around like a maniac or catering to needy people or leaving my house or changing out of my bathrobe). A friend of mine who heard about my plight to earn money and who runs a freelance editorial business, asked me if I’d like a job proofreading an article. Oh, I could so do that, I thought (picturing myself in my bathrobe reading an interesting article). I got the bathrobe-wearing part right. The interesting part, not so much. (Although, I will stress here that what my friend does for living is pretty interesting) It was the actual article that stumped me. Apparently it was written for a scientific journal on a topic that had something do with engineering? Or computers? Or maybe math? I know it may seem strange that I don’t know what the subject was of an article I “read.” But there you have it. I wish I could quote a line or two to give you a taste of it but I’m afraid I might choose something in the engineering and/or computer and/or math field that would give away the possibly ground-breaking analysis.

Here’s what I did get out of this job: 1. a new appreciation for the English language and wonderment that I could catch punctuation and grammatical errors even though I literally had no idea what I was reading; 2. a little bit of money.

The money, I’m not scoffing at. It was the first money I’ve earned in four years. The check’s displayed on the refrigerator now so I can daydream about the possibilities for spending it. Take the hubby out for lunch? Buy a couple of books? Get half my hair colored? Deposit it in son’s college account to chip away at the new car sized bill? Ah, the possibilities are endless.

Earning money (no matter how paltry a sum) after such a long time does feel good and it got me thinking about other ways I’ve made money over the years.

My very first job was working at this restaurant in the mall called York’s Steakhouse. The manager tried me out in several different positions—as a hostess, on the line dumping salad dressing on salads, and finally at the meat station, where at last I found my true calling. The restaurant was set up so customers would take a tray, give their order to the order-taker, then make their way down a line getting the components of their meal until they made it to the end and paid. The meat station was last and most important because the person running it had to call out steak orders to the cooks but if the customer had ordered chicken, the meat person had to pull whole chickens off the rotating heated rack and cut them in half in one swoop of a knife cut. It was crucial that this was done in one swoop, the manger told me, and I had to practice with the knife, slicing down between the bones on the chicken’s back so it would fall into two equal hunks. Turns out I had a talent for this. Also I had a good French accent; strange because I never took French and also strange that the restaurant made the meat person call out orders in French. I don’t remember any phrases except for something like “sala-ma-jay,” which means allegedly, “in the dining room.”

I still think of my time at York Steakhouse fondly, by which I mean that I do not think of it fondly. It set me on a track of other fun restaurant jobs:

1. a two-week stint at a bad pizza place (I put my two-weeks' notice in on the first day.)
2. a two-year stint at another of those food tray restaurants, Ponderosa, where I did every job at one time or another except operate the dishwasher (Girls weren’t allowed).
3. a dismal run at Perkins, a job I still have nightmares about (In the dream the sociopathic hostess continually seats customers in my section and I can’t get water out to them fast enough. That was the rule: give customers water.) At Perkins I learned that the after-church evangelical crowd is very big on handing out religious tracts instead of actual money as tips; how GENEROUS of them!
4. a crazy summer at TGI Fridays where I ran around in a short skirt and collected flair for my suspenders. (One skill I learned at Fridays that has stuck with me: how to balance four large beverage glasses in the palm of one hand.)

I’m happy to report that my job history includes more than food service. I also worked at a bookstore; manned the jewelry counter at a department store (Odd, because I really don’t like jewelry.); and worked as a legal secretary at a law office before the use of computers was widespread (I remember typing out forms in triplicate on a typewriter, bottles of different colored “white” out at the ready.)

1. editorial intern at Memphis Magazine (I got to fact-check the article on the 100 Prominent Memphians. For that I spoke to Al Green. And the school superintendent who later became the mayor who later, apparently, went insane. Also Fred Smith (the guy who started Fed-ex)'s secretary.
2. managing editor at Memphis State’s literary magazine. (I got to read a lot of bad writing submissions and send out form rejection letters. Ah, Karma.)
3. English teacher at a public high school (Go Kirby Wildcats!!) and English teacher at an all-girls college prep school (go lady Hutchisons!) and teacher of gifted and talented students at an awesome performing arts school in Lexington, Kentucky. (This was such a great job and such a great place, I probably never would’ve left, except we moved.)

For the last four years I have been concentrating solely on writing. For the record, I did make some money selling a handful of short stories. Gratifying, but very little in the ultimate scheme of things. (Just did the calculation and it works out to roughly 400 dollars a year over 12 years.)

Not much but it sure beats stabbing chickens. 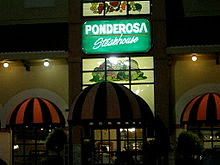