It hit me when I had to park three blocks away from the bookstore that this was no ordinary writer book signing. The place, the awesome independent children's bookstore Cover to Cover, probably doesn't have more than fifteen parking spaces and every darn one of them was taken when I pulled up (naively) ten minutes early. I'm not good at counting people in crowds, but I'd have to guess that at least a hundred people were there--ranging from middle schoolers and moms to older teens and college types. The big draw, I realized at once, was Veronica Roth, author of the Divergent series. (I must confess here that I have not read the books yet, but I promise they’re on my short list.) The buzz is that this dystopian series will satisfy readers of the Hunger Games. Other fun trivia, the second book Insurgent is out, and Roth is working on the third, which she's jokingly calling Detergent. Her fans love this and LOVE her. The kids around me gushed about Roth like she was a rock star, and when she emerged from the back room, they cheered and giggled and swooned. 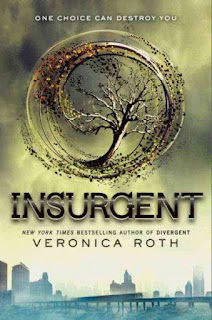 I had to sit on the floor behind a pole so I didn't actually get to see her at first (or the other authors along for the ride) but their voices all sounded cool. Sally Oddi, the owner of Cover to Cover, introduced the group--Roth, Bethany Griffin (Masque of the Red Death), Elizabeth Norris (Unraveling) and Aprilynne Pike (Destined--the fourth book in the Wings series)--then set the ground rules: twenty minutes of questions before we’d form orderly lines to get our books signed. The first questions were mostly for Roth--"Veronica! What's your biggest fear?" But then things settled down and we got into some interesting stuff:

Someone from the audience brought up a controversy on Goodreads. Apparently some writers are responding to negative reviews on that site. I wish I could've seen from behind the pole because I have no idea which author said what. I think it was Aprilynne Pike, though, who pointed out that book reviews really aren’t meant for authors. By the time a book’s out; it’s out, and there isn’t anything a writer can do to change it. Reviews, she said, are for readers. The others agreed, saying they tried to avoid reading reviews but couldn’t always help it, especially these days with social media. One of them laughed and said that there are readers online who tweet bad reviews directly to her. Maybe they don’t realize that she’s an actual person sitting at home in her pajamas reading this thing. But they all agreed that it was not cool to attack a reviewer and sometimes there was stuff they could learn from a negative review, that could at least help them with the next book they’re working on.

Then there was the mention of the controversial article in the New York Times recently that disparaged adults who read children’s fiction. I hate to even bring this up. One, because it ticks me the hell off when people attack an entire genre of literature—particularly one that I love so much—and two, because I think it just gives attention to a troll. Last year it was the article in the WSJ that painted all YA fiction as deliberately lurid. The ladies on the Dark Days tour waded in after the audience had finally quieted down (Yes, these rabid YA fans were ticked off too, offended that some blowhard would dare knock the books they love.) YA literature is popular right now, was one of the author’s responses. (again, could not see WHO since I was stuck behind a pole!) which makes it a fun target. But why not be happy people are reading more? Why attack books you haven’t read? Here here! (I get the feeling that certain critics are deliberately being provocative, trying to hit a nerve to throw a spotlight on themselves, and if we all ignore them, maybe they’ll go away.)

There were questions about the writing process. Two of the writers, Elizabeth Norris? and Bethany Griffin? (pole in the way!) have day jobs and fit writing time in at night. Veronica writes in spurts, working long days for weeks at a time, then taking as many weeks off after. Aprilynne has four kids and writes when they’re at school. She got a laugh when she mentioned that her only two goals every day were to write a certain number of pages and to run five miles. Cleaning and other stuff, including taking a shower, might not ever happen.

What do they do to combat writers’ block? One turns away from the blaring blank computer screen and writes by hand. Another (Veronica?) tries to figure out what’s really at the core of it—too much pressure, fear of failure—and address that first. And another said she doesn’t believe in writer’s block and because of that it can’t hurt her. Which prompted one of them to quip, “I want to live in your world.”

When the lines formed for the signings, I finally crawled out from behind my pole and managed to see these ladies. Oh, they were all very cool and hip and young-looking! Most of the audience squeezed into Veronica’s line. We sweated it out in a store not really built for over a hundred people, but everyone was polite and patient, and I was happy to see that most of those fans had bought at least one book by the other authors. Those writers were gracious and a little bowled over, I think, by the reception.

"What do you think of this?" Sally Oddi said to me at one point, clearly gratified herself by the mob of YA book lovers crammed into her store.

“It’s awesome,” I told her. “And it’s nice to see your place can handle a large crowd.” I nudged her then and we both laughed. We’ve been chatting for a couple years about my struggles getting published and now about my book sale, and Sally (because she's amazing and sweet and kind) offered to host my book launch party (Sept, 2013, mark your calendar). Can’t imagine I’ll have anything like the crowd for the Dark Days Tour. But hey. I’ll boost Sally’s sales with invites to all my family and friends. And now that I know Cover to Cover’s got the capacity (and plenty of parking on nearby streets) I’ll beg my bunco group to come too.