Bronchitis, Broken Toenails, and Why Some People Never Quit until They Reach Their Goals

One of my family's favorite movies is Gattaca. If you haven't seen it, it's set in a futuristic society where people are tracked based on biological tests taken before birth. Those with genes that predict high intelligence, strength, and/or talent are chosen to live at the very top of society. Everyone else is doomed to slog away at the bottom. The main character, played by Ethan Hawke, is one of the unlucky slobs stuck forever on the lower rung. But what the Powers That Be don't recognize in this supposedly perfect, meritorious world is the role that motivation plays in success. Our main character wants to achieve his dreams and through sheer determination (spoiler alert) he does.

When I was teaching high school English I used to have these long, painful talks with the parents of students who were failing my class. Most of the time it had nothing to do with the kid's intelligence; in fact, many of my "struggling" kids were very smart, but for some reason they just didn't care about doing well in school. The parents gave me various reasonable excuses for their kids' failures. After-school jobs, for example. Or intense sports schedules. Some of these kids were parents themselves and had to take care of their own children. One woman told me, in complete seriousness, that she traced all of her son's problems back to when she had to switch his baby formula from milk to soy-based.

I never knew what to say to these parents. They wanted an easy answer, a magic pill to inspire motivation. But there's only so much you can do to make another person (even if that person is your child) DO something. There's an element of intrinsic desire--wanting to do whatever it is--and then there's the self-discipline necessary to continue working toward it. You could be talking about something very simple: wake up, get to school on time, and do your homework, but for some people you might as well be telling them to go climb Mount Everest.

Funnily enough for the purposes of this blog  post, I actually know someone who climbed Mount Everest.  Andy Politz, cool dad of my son's best friend, climbed the mountain seven times, making it to the summit once. Climbing a mountain, any mountain, is something I have absolutely no desire to do. Still I'm fascinated by Andy's experiences, and every time I see him, I pester him with questions. 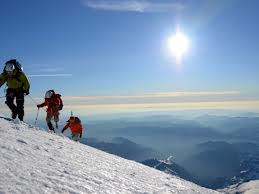 Summiting Everest is a pretty big deal. It costs quite a bit of money. It involves putting your life on hold for roughly three months. Once you get there and begin the trek from camp to camp, acclimating yourself to the higher altitude, the conditions are, to put it mildly, uncomfortable. It's freezing. It's difficult to breathe. Plus, Andy told me, it's also kind of boring at times. But every year a few hundred people manage to reach the summit.

Many more people turn back. Some stuff is out of their control. A freak snowstorm. A broken leg. Others quit because they get sick or they break a rib. Andy doesn't see those reasons as good excuses. Everybody breaks a rib, is how he puts it. Everybody has bronchitis.

Of course as he was telling me this, I was thinking, geez, bronchitis seems like a pretty good reason to me to quit. (Which is clearly why I will never climb Mt. Everest.)

Apparently, I will also never hike the Pacific Crest Trail, unlike Cheryl Strayed, the author of the absorbing new memoir Wild. 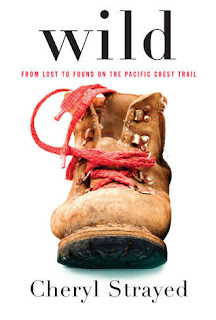 Wild is a classic coming of age story with a how-to hiking manual twist. At the beginning of the book, the author's mother dies and it sends her into a downward, self-destructive spiral. One day she gets it into her head that she'd like to hike 1000 miles of the Pacific Crest Trail, this despite the fact that she's not much of a hiker and has never carried a backpack. The book is about how she does it. Alone. Carrying her insanely heavy pack. And wearing boots that don't fit her properly, leading the poor, suffering woman to have to tear off her broken and dying toenails every couple hundred miles.

Here's what I'd love to know: Where does motivation, that drive some of us have to reach a goal, come from? And what keeps us striving toward it, putting one (throbbing) foot in front of the other, rather than giving up when the going inevitably gets tough?

Anyone who knows the answers to these questions, feel free to weigh in.

Tune in soon for Andy the Mount Everest climber's response.