NaNoWriMo aka Traveling through Texas, Stepping off a Cliff without a Bridge, Driving in Fog (Pick your Metaphor)

“Writing is like driving at night in the fog. You can only see as far as your headlights, but you can make the whole trip that way.” --E.L. Doctorow


It's November 1st and apparently most of the writers I know have signed up to do NaNo.

NaNo, for the uninitiated, is short for NaNoWriMo, short for National Novel Writing Month, in which clueless--excuse me. I mean ambitious--writers pledge to write a 50,000 word novel during the month of November. There are no prizes, but you do win a nifty virtual badge if you complete the journey. No one on the site reads your 50,000 word effort. Alas, no agents or editors will dig through the entries looking for the next Great American Novel and offer you a contract on Dec. 1. You could conceivably write the word "Bluh" 50,000 times if you so desire and still win.

What you do get out of it is a cool, committed (and possibly you should BE committed by the end of the crazy month) group of writers all trekking along on the same book-writing road. You can friend them on the site and follow their progress and of course they can follow yours too, keeping everyone motivated. If you're a floundery sort of writer, who needs a little push to get going each day, (and who doesn't?), NaNo provides a clear cut deadline. They'll send you helpful tips and inspirational emails written by various successful authors. And there are other fun perks. My favorite is the colorful graph that shows your growing word count with 50,000 at the top. Mine always looks like nice even steps. I like that--a neato visual reminder that each day I am getting somewhere with my writing.

Of course, what you are actually getting, if you make it to the end of NaNo, is a big ole mess of a first draft. Don't let anyone fool you. Even the few writers who have parlayed a NaNo project into a published book will tell you: YOU WILL HAVE TO REWRITE THIS THING.

NaNo will teach you fairly quickly (I'd say on like, day 4 or 5 it should hit you) that writing a book is freaking hard. Forget the part about having a cool idea. Forget how creative you are and how you love to read and how you once wrote a story in college. What you're going to need to complete NaNo is some serious discipline. Every day you're going to have to go back IN THERE, into your cobwebby head, into your pathetic mess of a book, that by day 10 is probably not even the book you thought you were writing anymore, and, uh, keep writing it.

Also, there's Thanksgiving to think about. Really bad timing for many of us, thanks NaNo people.

So for the record, I have "completed" NaNo and won my badge four times. My NaNo project number two will be published next year (after MULTIPLE REVISIONS). I am not signed up to do it this year (I'm knee deep in revisions of a different NaNo project), but I confess that I am a tad envious of those of you about to embark on this crazy fun relentless journey today.

You might be asking yourself at this point: Why?--Why would I be envious when I just made such a big deal about how hard NaNo is. Last night I was following a YA Lit Chat on Twitter about NaNo. There were a few agents on there griping about how much NaNo annoyed them. What happens, I guess, is that every year in December they get deluged with a bunch of crappy NaNo novels. Don't query them with that junk, was their main point. Some of the writers, newbies just about to dip their toes into the NaNo waters, were immediately discouraged and bummed out. The night before Nov. 1, no one wants to hear that the awesome idea they have for a novel is going to inevitably be a giant ball of suck in 30 days. Sheesh, some of them whined. Why should we even do this?

A twitter chat doesn't give you much space to work with, so here's my response to these wavering, formerly gung ho newbies about why they shouldn't be too bummed out by the agents:

1. Agents are NOT writers. I'm going to go out on a limb here and say they don't understand the process. (No offense, agents.)

2. Writing a novel is hard, but you have to start somewhere. Committing yourself (there's that crazy word again) to getting something down--something with hopefully a beginning, middle, and end, rough as it may be--is a worthy goal. Laraine Herring compares writing a book to driving through Texas. It's a ridiculously long journey, but if you keep driving, you will eventually reach the border.

3. Doing NaNo will kill (or at the very least, muffle) that pesky internal editor voice that streams along in your head as you write, telling you that what you write is crappy and stupid and pointless. You don't have time for that voice during NaNo. If you want to finish, you are going to have to keep writing those crappy words. NaNo is about quantity not quality. Repeat that after me: quantity not quality. Write it on a sign and tape it to your computer screen. No, you are not writing the word Bluh over and over, but some days it will feel like it. Whatever. Keep writing anyway--

4. --because a finished first draft is a beautiful wonderful masterful amazing thing simply because it is finished. There is a saying that you can't revise a blank page. Come December first, congratulations! You've got a whole bunch of pages to work with. In January. Forget December. Really. Just give yourself a break that month. You just wrote a freaking 50,000 word novel for God's sake.

5. You are going to find out what you are made of when you do this--when you delve back in day after day, and keep writing, not knowing exactly where you're going, but inching along, word by word, regardless. Yes, day 4 or 5 it will hit you how insane the pace is, but if you stick with it, in a few more days, something is going to click. Your story is going to take off in a direction you didn't plan, with characters who have minds of their own. Let them GO. Follow them. This is the fun magical part of writing that the agents don't understand.  It's where you step off the cliff hoping that a bridge will be there to catch your foot. Step off. It will be there. Eventually.

6. Now I'm going to bum you out again about how much work you will still have to do when you complete your NaNo draft. In January you are going to read it, with intense nausea, as you realize just how much of a big ole mess it is. But oh well. Nothing to do but go back into it again. And again. And again. Each time it will get better. You will keep stepping off the cliff. You will keep traveling along through freaking Texas. And some day, if you do keep traveling onward, the fog will clear, the sun will rise, and you will see the glorious border of New Mexico.

7. That's when you start querying the agents. And while you wait for them to respond, there will be nothing else to do but get back into your car, turn around, and start heading the other way. 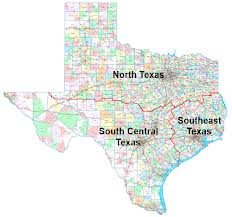