Highs and Lows and Stuff in Between


There's a freaky quietness in my house, where I've found myself with like, one hour between the departure of Christmas guests and the arrival of New Year's guests. It's just me and the dog and a ton of dirty laundry. Plus, I've got to clean the bathrooms and figure out what I'm making for dinner (I'm leaning toward one of my favorite dishes called "Ordering Out for Pizza"), but instead I am sneaking off to write the world's fastest thrown together blog post, a wrap up of my year, inspired by one of my new writer friends from YA Outside the Lines, Stephanie Kuehnert--see here for her wrap up of her year.

Some people hate making New Year's Resolutions, but I am not one of those people. I'm all about goal setting and list making and crossing stuff off of lists. Also, I like to make new lists with the stuff I didn't cross off other lists. I've got broad yearly goals (last year I promised to earn money and to stop whining about potential book deals, which I am happy to say that I accomplished, for the most part). I've got weekly goals and daily goals and sometimes hourly goals. For example, "Turn off all social media and see how many words I can write in one hour. Go." When I don't meet my self-imposed goals, I feel antsy and annoyed and ticked off at myself. As self-disciplined as I am, there is always this worry in the back of my head: today I'm short on my word count goal, tomorrow I could be parked out on the couch watching a Bachelorette marathon.

At New Year's I like to take stock, see what I really did accomplish (and let fall through the cracks).

On the writing front

Well, I got a book deal for my novel Thin Space! Which seems like the biggest accomplishment of all time, considering it was a goal I'd been working toward for as long as I can remember. The weird thing is that it felt kind of anti-climactic when it happened. I sort of knew it was going to come together last year around this time and it all got dragged out in a way that sometimes drove me insane. I got THE CALL in January but didn't sign the contract until the end of April, and then there were revisions to work on and other odds and ends, but the real making of that book felt long finished before 2012. Still. I am not complaining! I love this book and love the cool people (Beyond Words/Simon Schuster) who bought it, and have enjoyed participating in the whole publishing a book process.

But while all that was going on I was working on other things too. I wrote a first draft of a book that shall not be named here (yet). It's a raw, funny, painful, very personal and yet not personal, potentially cool YA--a giant mess of a first draft, probably the longest one I've every written, close to 100,000 words. I know this will be greatly trimmed and overhauled and revised some day. Not sure when. Haven't even looked at the thing since I finished it back in April. It's still, as Stephen King would say, marinating.

I revised Thin Space with an editor, my first working-with-an-editor experience and it was awesome. Here is one instance where I am grateful that it took me so long to sell one of my books. The old writerly me of fifteen years ago would've freaked out about the number of editorial suggestions and comments, wondering if I could even do what was needed. The me today is like, Bring it.

And after that, I plunged back into an old manuscript. This is my fourth time through it and probably won't be the last, but I think I am getting closer. I realized that my work this summer with my editor helped me as a writer too. I am almost embarrassed to say this, but the old writerly me used to look at a manuscript and know there was something off about it and think, let's see if an editor catches this, and if she does, she'll tell me what to do. Here's the thing: they don't really tell you what to do. They just point out what's not working. You're the one who has to figure out how to fix it. Sometimes it's going to take a lot of work. But what else am I going to do with my time? Watch Bachelorette reruns?

I set up a few school visits (my daughter's English class at the high school and a day with her old middle school language arts teacher) and had a blast dipping my rusty teacherly toes back into the classroom. I also dropped in on a creative writing club and a teen book club at a local library.
On the reader front

Here's where I feel kind of disappointed in myself. The year before I read 92 books and I thought that was on the low side. This past year I only read 72 (I keep track in a little notebook). My main problem (besides my obsession with my new iPad and the fun distraction of social media) is that I have such a hard time quitting on a book that I don't like. There were some weeks where I struggled through the same dumb book rather than flinging it across the room and picking up something I enjoyed. Lesson I must remember: when I love a book, it is no struggle at all to read it; in fact, it is the only thing I want to do. Books I loved loved loved this year in no particular order: Gayle Forman's Just One Day, Wild by Cheryl Strayed, What Alice Forgot by Liane Moriarty, The Fault in our Stars by John Green, In the Woods by Tana French, State of Wonder by Ann Patchett, Oryx and Crake by Margaret Atwood, Every Day by David Levithan, All You Never Wanted by Adele Griffin.

Not writer or reader related

Got my oldest child off to the college of his dreams and didn't fall completely apart. (It helped that we got a puppy.)

Took some cool trips--to NYC, to the beach in North Carolina, to a parents' weekend at my son's college, to a lake for a mother/daughter weekend trip.

But mostly I just lived my regular normal day to day life (besides a good 6 to 8 hours per day of writing) there's mothering my daughter and walking my dog and making meals and watching movies with my husband and visiting with neighbors and friends and putzing around in my garden. These are the things I don't write about and pretty much take for granted. Which is silly and sad, and I want to say something profound here about how those unexamined and non-reflected-upon moments ARE the moments that make up my life, and forget how many words I write or books I read or tweets I tweet, these are the moments that are truly important, especially when you think about how short life ultimately is or something horrible happens like what happened in Connecticut a few weeks ago and you know that those people would give anything--would give everything probably--just to have a mundane packing-a-lunch-for-their-kid moment back.

Oh! I want to write about this! But an hour has passed and my dog is barking and I still have toilets to clean and sheets to get on the beds and pizza to order for our wonderful dear amazing friends who will be here any moment... 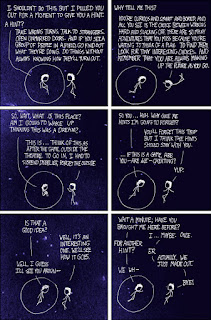 Email ThisBlogThis!Share to TwitterShare to FacebookShare to Pinterest
Labels: resolutions