The Next Big Thing Blog Hop

The next big thing! This wonderful meme is allowing authors to write about their latest project in this fabulous blog hop.  I’ve been tagged by Patty Blount, my writing friend on YA Outside the Lines and author of Send, the new buzz-worthy YA novel about bullying.

Rules for The Next Big Thing Blog Hop if you’re tagged:
1. Use this format for your post
2. Answer the ten questions about your current WIP (work in progress)
3. Tag five other writers/bloggers and add their links so we can hop over and meet them.

Ten Interview Questions for the Next Big Thing:

What is your working title of your book?

Okay, I'm fudging the rules here because what I really want to talk about is my forthcoming novel Thin Space.

Where did the idea come from for your book?

A mix of two seemingly unrelated things. I saw an article in a magazine about Celtic thin places--places where the wall between this world and the world of the dead is "thinner." I misread the article and thought it said thin space, and the idea stuck with me. Around the same time I noticed this boy on my son's school bus who was always barefoot. It just bugged me--why didn't he wear shoes? How did he manage to walk around, in winter, barefoot? I mean, where were the kid's parents?

What genre does your book fall under?

This should be an easy question. When I was writing it there were some days I thought it might be slipping into horror, but other days it felt like a mystery or a romance. This question is making me think I have no idea how to characterize what I write. I'll leave that up to other people. My publisher calls it a "reality-based paranormal" young adult novel.

Which actors would you choose to portray your characters in the movie version of your book? 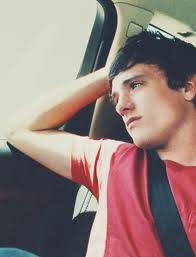 I never thought about this before so I turned to an expert-- my teen daughter, who immediately said Josh Hutcherson should play my main guy Marsh Windsor. Hmm. I guess Josh Hutcherson might be able to pull off that brooding, tormented, yet sometimes jokey guy. For Maddie Rogers (the girl who helps Marsh on his finding a thin space quest), my daughter suggested Elle Fanning. 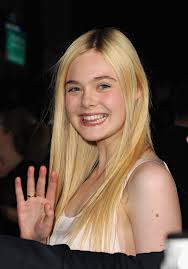 What is the one-sentence synopsis of your book?

I can never do this. I always want to just give my book to people and say, "Read it." So, cheating again--here's the blurb from my agency website: Thin Space is a paranormal YA mystery about a boy coming to terms with his twin brother's death.

Will your book be self-published or represented by an agency?

I am represented by the awesome Deborah Warren with East West Literary Agency. The book will be published by Beyond Words/Simon & Schuster on September 10, 2013.

How long did it take you to write the first draft of your manuscript?

What other books would you compare this story to in your genre?

I can only dream of Thin Space being on the same level as these books, but--
Tighter, by Adele Griffin, a psychological horror story with a surprise ending
Twisted, Laurie Halse Anderson's coming of age novel about a struggling, angsty boy
Jennifer Castle's The Beginning of After, a contemporary YA about a girl grappling with her family's deaths in a car accident

Who or what inspired you to write this book?

My daughter, who gave me a brilliant solution when I was floundering between draft one and draft two.

What else about your book might pique a reader's interest.

You know that movie The Sixth Sense about the boy who can see dead people and how there's this really cool, unexpected twist at the end? Well, Thin Space has a few of those twists...

OK, time for me to tag some awesome writers!

(But first-- my disclaimer: Something that bugs me about chain lettery things is that icky sense of obligation you get when you feel like you've got to take part. So I took my cue from Patty and asked my writer friends first if they wanted me to tag them.) And here are the ones who've agreed so far:

Tracy Barrett my long time mentor and author of 19 books for children, and my new writer friend Jennifer Doktorski, (here's her post) a fellow Simon & Schuster debut author. (I've asked several other writers and will tag them officially after they agree) And thanks so much to Patty Blount for tagging me! Anyone else want to play along, let me know, and I will add you in.