Looking for a few good YA books to read this summer?

Here's my list (at the moment) of the top 2013 YA releases in no particular order:

The Lucy Variations by Sara Zarr 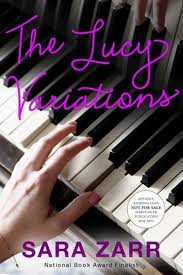 I am a big fan of Zarr and always eager to pick up her latest book. The characters in this one depart a bit from her usual, focusing on a teen concert pianist from a wealthy, high achieving family (Zarr's other books feature kids growing up firmly in the working class world.) Lucy realizes that she's privileged--it's one of the many issues she's grappling with. The main source of angst, though, is her ambivalence about her talent. Nearly a year ago, she walked away from her promising piano career.

The pressure from her family (and from herself) grew to be too much. She hasn't touched a piano since, but her friendship with her brother's new piano teacher has her questioning her decision to quit and pushing her to figure out if there is a way to make music a part of her life again.

This book has a couple of strange plot strands--the relationship with the piano teacher is the big one, but all of the characters are so fully realized and the story itself pushes and spreads in a variety of directions that feels like life unfolding in the real world. What Zarr has to say about living a creative life--when you are amazingly good at what you do--is thought-provoking and inspirational. 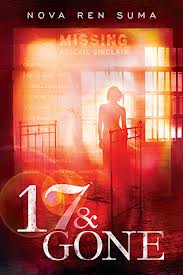 This is one of those novels that takes a big risk. The language is lyrical and metaphorical. The subject matter is potentially lurid (kidnapped teen girls). And the narrative is almost completely internal. Oh, there were so many ways that this book could go wrong!

My big pet peeve with literary novels is that those beautifully crafted metaphors draw attention to themselves and pull readers out of the story. (When I'm noticing what a lovely simile you just used, I forget what's going on in the narrative.) And very few writers are able to depict difficult subject matter without slipping over the line into soap-opera-y drama.

Add the whole internal stream-of-consciousness angle, and honestly, I didn't think Nova Ren Suma could pull this one off.

But, let me just say WOW. This book pulls you in from page one and keeps you turning pages with the mesmerizing hypnotic voice of girl who suddenly believes that she is seeing the ghosts of missing girls.

Look for 17 & Gone on the short list for the Printz Award this year... 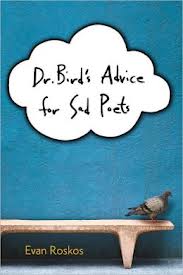 It rarely happens to me anymore, but once in a while I read a book and forget that I am a writer. The part of me that is constantly editing and analyzing shuts up and I simply fall into the story. I don't know why this happens with some books and not others. I wish I did! But I think it comes down to the voice--something about it resonates and pulls me in.

The voice in Dr. Bird's belongs to an anxious, sensitive, battered soul of a boy named James Whitman. James carries Walt Whitman's poems around with him. He hugs trees and contemplates grass blades. He talks to a bird therapist in his head. He worries about his sister Jorie who has been kicked out of school and out of the house by their %&^*# parents. There's a mystery at the core of the book: WHY did Jorie get kicked out? But really this book is about James trying to cope with the crappy aspects of life.

Here's something that a lot of adults seem to forget about being a kid: it sucks. So much of your life is out of your control and you're seeing for the first time the unfairness, the flaws in the adults who rule the world (and you). There is no magic answer to how you figure things out--how you grow up--of course, but I get the feeling at the end of this book that James will be all right.


Eleanor and Park by Rainbow Rowell 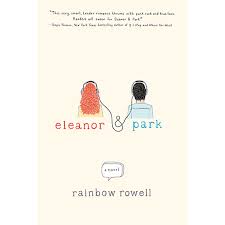 This love story blows all other teen romances away. The main characters are complex and flawed. Eleanor is a little overweight and weird and bullied. She's hurting, just treading water to survive in her dysfunctional family. Park is quirky and quiet. He stands out in their gritty midwestern town because he's half Korean.

The two don't have a love at first sight moment, instead, their relationship slowly, almost painfully, unfolds. They don't even hold hands until at least a third of the way through--but that moment is more charged than all of the ridiculously over the top teen Harlequins put together.

Oh, it's also set in the 80's, which will make teens today feel like they're reading historical fiction, I suppose. For adults of a certain age, uh, ahem, me, it will feel like time travel.