Before I start this interview, I've got to set the stage for my first meeting with Alethea. It was in Los Angeles, a few weeks ago, at the very cool party thrown by my literary agency. I was sorta feeling like a fish out of water, standing there holding my wine and a plate of delicious-looking appetizers that I could not figure out how to eat, whilst also holding a wine glass, and in walks a stunning woman, dressed head to toe in what I can only describe as Glitter. She had sparkly, flowing clothing and glittery make up and elaborate glittery hair clips.

I think they were butterflies. 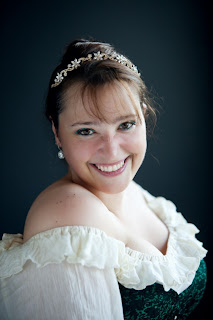 Of course I had to introduce myself. The stunning woman was Alethea Kontis. Turns out she had just come from Vid Con (I didn't even know what this was, so that just gives you an idea out of it I am and how IN Alethea is.) We talked shop and later I looked Alethea up and discovered that she is a popular and critically acclaimed writer--of picture books AND young adult novels, the first in her Woodcutter series, Enchanted, earned a starred review from Kirkus.

Her new novel, Hero, the second book in the same series, is out soon, and I'm chomping at the bit to read it.

Jody: Okay, Alethea, I've got to start with the obvious question: Where do you get your ideas?

Alethea: I have a butterfly net strung with silver that my great grandmother smuggled out of Turkey during the Great Fire of Smyrna. I use it to catch fairies. Once I have them in my clutches, I barter for fairy dust. I won't say exactly what I barter...let's just say fairies have peculiar tastes.

Jody: Ha. Well, that is not the answer I was expecting, but weirdly, it makes sense on some level. There is something magical about how ideas come to us. Didn't Anne Lamott say she got her ideas from a little kid sitting in her cellar? And I read an interview with Stephen King once where he described diving down into a deep dark pool. Now, I will add fairies and butterfly nets to the list.

So, once you've netted those fairies, what's your next step? Do you outline? Or do you just start writing and see where the story goes?

Alethea: I am an "Athena Writer." I tell myself a story over and over in my head until I have it down perfectly, and then I write it on paper. Short stories tend to spring forth fully-formed. With novels, I do use a list of logistical bullet points so that I'm sure certain things get mentioned in the correct order from the correct point of view, but that's all. So I'm a very structured writer...but not formally so.

Jody: I've never heard that term before, Athena Writer. I like it. Now I am picturing these stories popping out of your head the way Athena popped out of Zeus's head... 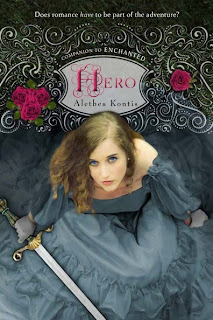 How many books did you write before you got your first book deal?

Jody: WHAT?? You are only the second writer I know who has said that! Wow! So the very first story you wrote was published?

Alethea: I mean, I started writing a novel in the seventh grade (see Wattpad) and revised it in high school (see Wattpad also), but I never wrote the last chapter because I knew it wasn't good enough. 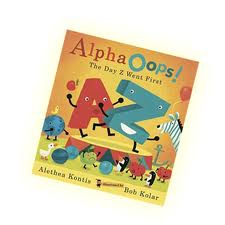 My first book deal (AlphaOops: The Day Z Went First) was a true Cinderella story: I wasn't even the one who submitted it to the publisher. A friend of mine did. I'm just lucky I wrote my name on the manuscript, or Candlewick wouldn't have even known whom to call. ALWAYS PUT YOUR NAME ON THINGS.

Jody: You have good friends! I'm almost afraid to ask, but have you gotten any rejections along the way?

Alethea: Oh, sure. I might not have finished a novel until I was thirty, but I've been a prolific writer since I was eight years old. I wrote and submitted to EVERYTHING. Local paper, TV Guide contests, Reader's Digest, Marion Zimmer Bradley's Fantasy Magazine, cereal boxes...you name it, I tried it. I even submitted a poem to the New Yorker when I was a teen just so I could say I'd been rejected from the New Yorker.

I would collect all my rejections in a shoebox, and then at the end of the year I'd throw it away because it was depressing. I've never been a fan of keeping rejections. Bad juju.

Jody: I'm with you on that. I hear about writers who paper the walls with rejections. Bluh. How depressing.

Tell me about your work schedule.

Alethea: On a perfect day, I get up with Joe and the girls and they drop me off at the gym at 8 am on their way to school/work. After an hour of running, I walk home and write until they get home. Then we hang out and I answer emails & update the internet until we go to bed around 10 pm.

Alethea: But perfect days happen maybe 15% of my year. For instance, I am typing this with a sprained-possibly-fractured left thumb because I slipped and fell in a giant puddle of vomit on the last day of Dragon Con...in full costume, two hours before my panel with Jim Butcher. That's right, folks: I AM THE REAL BRIDGET JONES. With material like this, it's really no surprise I'm a storyteller.

Jody: I'm not going to ask you what Dragon Con is. Pretend that I know.

Alethea: On one foot. (Because my thumb is broken.) Also, fairy dust.

Jody: Ah, the fairy dust. Have you ever considered bottling that and selling it? I would definitely buy it. The marketing/promotion/social media aspect of the writing business can be overwhelming. What's your approach to self-promotion?

Alethea: I'm one of those weirdos who adores social media. I love finding new ways to meet new people who love the things I love.  The only down side is that there are so many that I'm spread SO thin--I don't have the time I'd like to spend on YouTube/Facebook/Twitter/Pinterest/Instagram/G+/Tumblr (especially Tumblr)...and now there's Snapchat! I need to check that out ASAP. The up side is: I AM UBIQUITOUS.

I probably don't push my own books as much as I should. My theory is that if people love me, they'll love my books...so I concentrate more on being awesome than flat-out "promotional." (Don't tell my publicists.)

Jody: Well, it's clearly worked for you. I mean, you literally sparkle when you walk into a room. Okay, last question before I let you go:

What are you working on now?

Alethea: I am currently working on Beloved, the third book in the Woodcutter series, slated to be out in the Fall of 2014. I love it because it incorporates all the bird fairy tales: The Six Swans, The Wild Swans, The Goose Girl, and Swan Lake...as well as a little Tristan and Isolde and A Weave of Words.

And I hate it because I should be finished by now...only, BAD THUMB. *ow*

Jody: Go bandage that thumb up because your fans (and I) are eager for you to finish. It sounds awesome.

Thanks so much, Alethea, for "chatting" today! And readers, if you'd like to know more about Alethea, check out her website: AletheaKontis.com