I am so excited to be a stop on Holly Schindler's Feral blog tour. 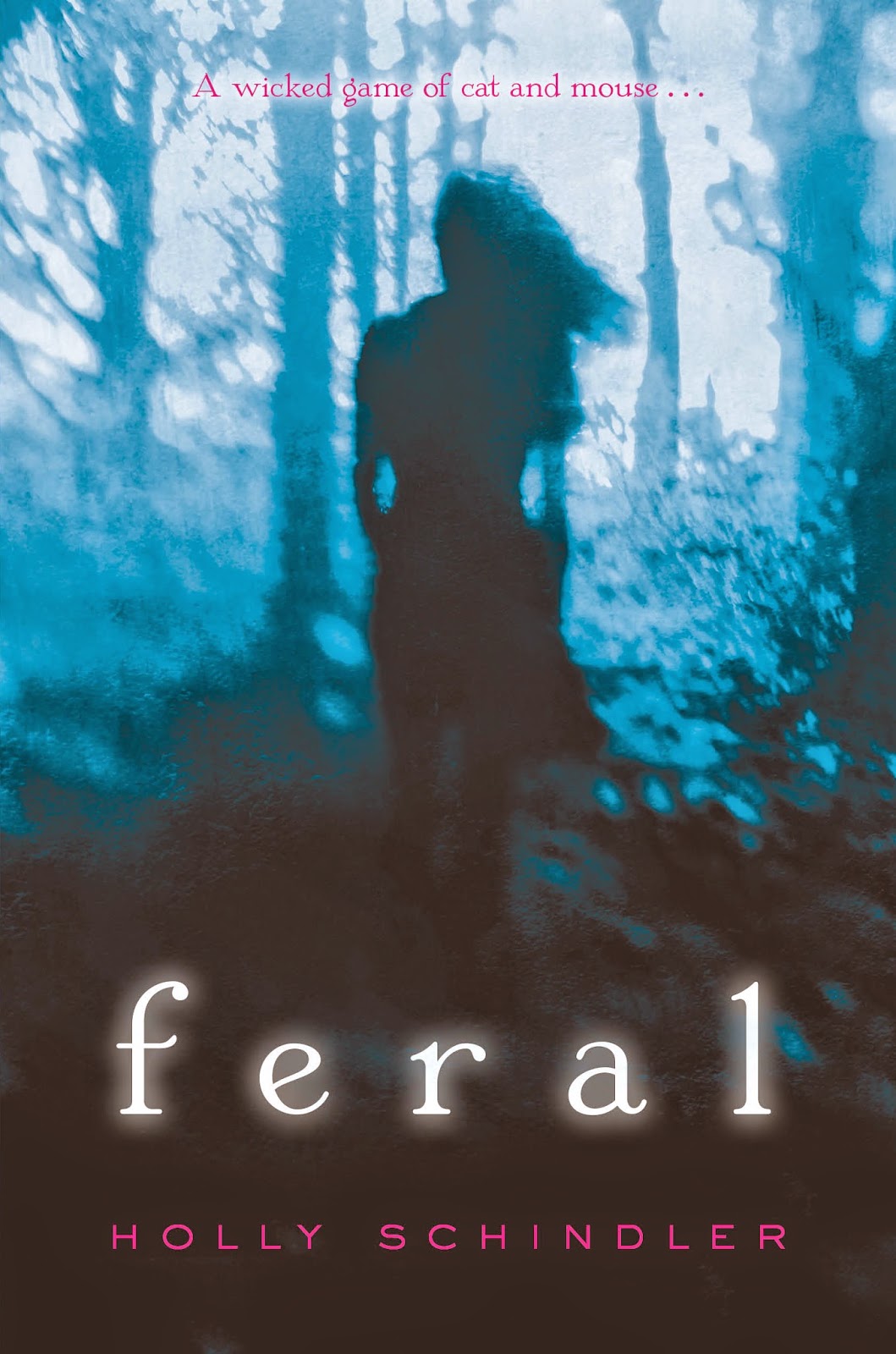 Over the years Holly (who is the administrator of my group blog YA Outside the Lines) has become a good friend. Still, I was surprised when she asked me to take an early peek at her newest novel and possibly blurb it.

I did not hesitate to say YES! Or to provide a blurb:

"In the town of Peculiar, the cats aren't the only ones keeping secrets... A dark and creepy psychological who-done-it that will keep you guessing until the very end."

Oh, yes, dear readers, you will be guessing. Also, you may never look at cats the same way ever again.

Holly's written several other books, and I marvel at how easy she makes it all look, particularly marketing and promotion. It's something a lot of new writers wonder and worry about (and something I really struggled with) so I asked Holly if she'd mind sharing a few tips...

1. Your first book will be a bit of a stumble-fest. It will. I guarantee. But then, it is for everyone. So just embrace it! You have no idea what your own strengths are, as far as promotion goes. Try as much as you can. Take on the opportunities that come your way, knowing that some efforts will be successful and others won’t. Use the promotional opportunities associated with your first book to learn what your strengths are. Take those strengths into promotions for book number two.

2. Conversely, don’t be afraid to say no—if it puts you 100% completely out of your comfort zone, there’s a good chance you just plain won’t be good at it, either. And life is too short to be living in constant fear of, say, public speaking. You need a clear head to write the next book. You won’t have one if you’re counting down the days to the convention where you’re scheduled to talk and wondering how you might possibly be able to sever a nonessential body part just in time to miss your flight. Trust me—it’s not worth it. Say no.

3. Reach out. Don’t think of it as shameless plugging. You wrote your book to be shared. So shout it from the rooftops. Your enthusiasm will be infectious. You’ll hear it a lot, but it’s true: you really are your book’s best advocate.

5. Fancy swag isn’t as powerful as a free copy of the book. You’re probably better off investing in a few extra review copies of your book than you are in jewelry, T-shirts, etc. intended for giveaways.

6. Teachers are on Twitter—this is especially helpful for middle grade. They hold book-a-day reading challenges in the summer, tweet about the best books they’ve found for their kids, and discuss read-alouds they’ve used. Check out #nerdybookclub, #mglitchat, #4thchat, #5thchat.

7. I’ll go out on a limb and say it: Read your reviews. I know not every author does, but I highly recommend it. Be objective. Look at the patterns. Don’t be so intent on justifying what you’ve done that you don’t learn from your reviews. I would hate, hate, HATE to think A BLUE SO DARK, my first novel, was the best thing I’ll ever write. Of course I want to be better. Bloggers and reviewers are influential in making me a better author.

8. The job is never done. Don’t expect to start promos a month before your book releases and finish two months after it hits shelves, never to be mentioned again. I’m still talking about A BLUE SO DARK (2010) with readers.

9. Finding your promo rhythm is like finding your writing rhythm. Some writers are better off working on their WIPS every day with specific word count goals; others are better working a couple of days a week without the pressure of maintaining a specific word-count pace. Similarly, I work best doing a little bit of promo work each day (usually in the morning), then moving straight into my current WIP. But you might prefer to work on your WIP during the week and devote your weekends to a few promo activities. Some of us are night owls; some of us early birds. Listen to your own internal clock. Don’t worry about how much time other authors are spending online, or how many cities other authors travel to. Do what fits for YOU.

10. Befriend other authors—online, through regional chapters of writing groups, etc. Writing is a unique lifestyle, and no one will understand the ups and downs like another author. Writers also often like to get together for promotion opportunities: debut groups, blogging, school visits, etc. Sometimes, the best promo tool you can have is interacting with other authors!

FERAL jacket copy:
The Lovely Bones meets Black Swan in this haunting psychological thriller with twists and turns that will make you question everything you think you know.

It’s too late for you. You’re dead. Those words continue to haunt Claire Cain months after she barely survived a brutal beating in Chicago. So when her father is offered a job in another state, Claire is hopeful that getting out will offer her a way to start anew.

But when she arrives in Peculiar, Missouri, Claire feels an overwhelming sense of danger, and her fears are confirmed when she discovers the body of a popular high school student in the icy woods behind the school, surrounded by the town’s feral cats. While everyone is quick to say it was an accident, Claire knows there’s more to it, and vows to learn the truth about what happened.

But the closer she gets to uncovering the mystery, the closer she also gets to realizing a frightening reality about herself and the damage she truly sustained in that Chicago alley….

Holly Schindler’s gripping story is filled with heart-stopping twists and turns that will keep readers guessing until the very last page.

FERAL AND THE PSYCHOLOGICAL THRILLER:
FERAL falls squarely into the realm of the classic psychological thriller. While the book features mystery, horror, and paranormal elements, the emphasis is on the “psychological” rather than thriller / action. The novel features a Hitchcockian pace and focus on character development (here, we’re exploring the inner workings of the main character, Claire Cain). Essentially, every aspect of FERAL is used to explore Claire’s inner workings—that even includes the wintry Ozarks setting. The water metaphor is employed frequently in psychological thrillers to represent the subconscious, and here is incorporated in the form of a brutal ice storm (that represents Claire’s “frozen” inner state). The attempt to untangle what is real from what is unreal (another frequently-used aspect of the psychological thriller) also begins to highlight the extent to which Claire was hurt in that Chicago alley. Even the explanation of the odd occurrences in the town of Peculiar offers an exploration into and portrait of Claire’s psyche. Ultimately, FERAL is a book about recovering from violence—that’s not just a lengthy or hard process; it’s a terrifying process, too. The classic psychological thriller allowed me to explore that frightening process in detail. 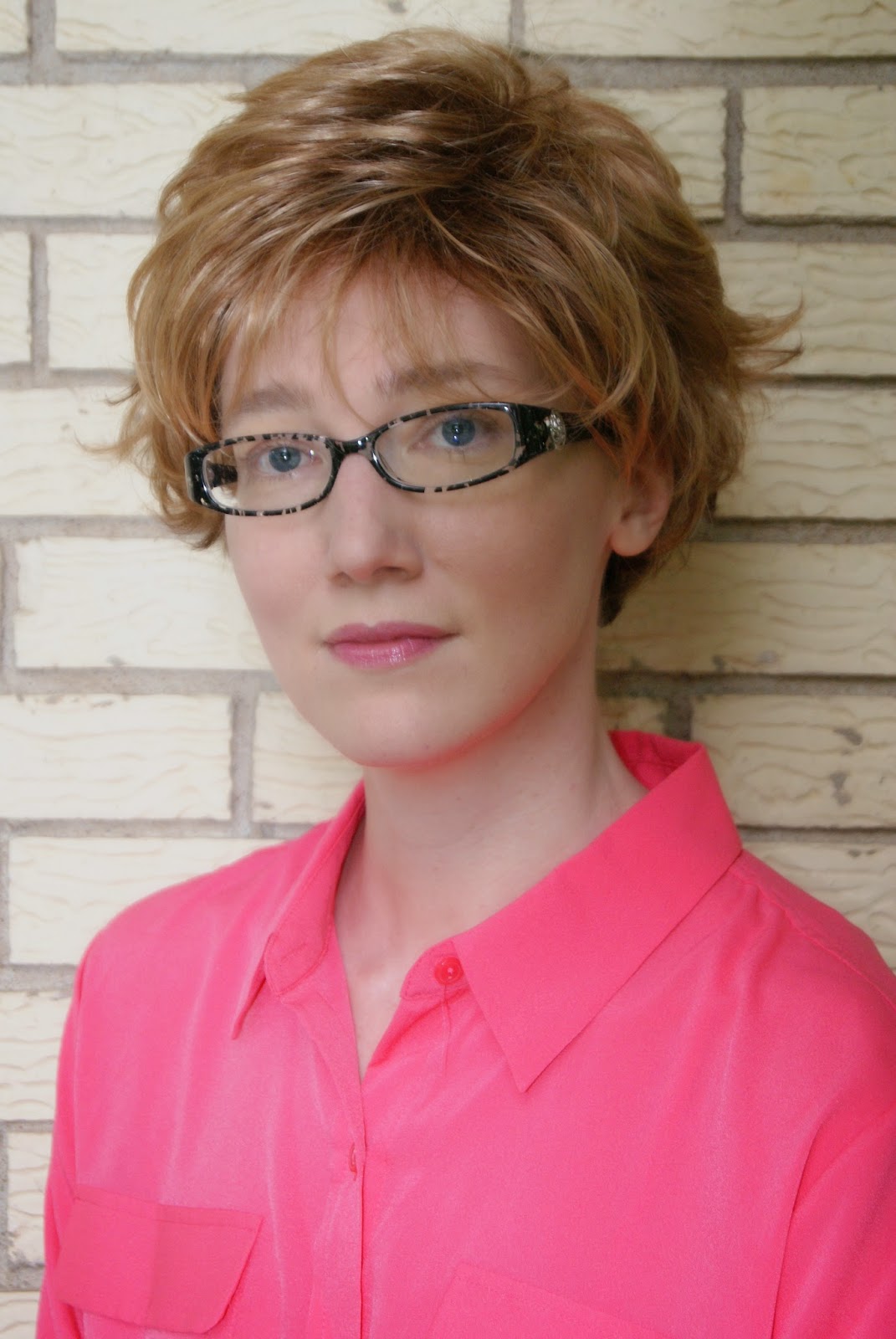 Her debut MG, THE JUNCTION OF SUNSHINE AND LUCKY, also released in ’14, and became a favorite of teachers and librarians, who used the book as a read-aloud. Kirkus Reviews called THE JUNCTION “...a heartwarming and uplifting story...[that] shines...with vibrant themes of community, self-empowerment and artistic vision delivered with a satisfying verve.”

FERAL is Schindler’s third YA and first psychological thriller. Publishers Weekly gave FERAL a starred review, stating, “Opening with back-to-back scenes of exquisitely imagined yet very real horror, Schindler’s third YA novel hearkens to the uncompromising demands of her debut, A BLUE SO DARK…This time, the focus is on women’s voices and the consequences they suffer for speaking…This is a story about reclaiming and healing, a process that is scary, imperfect, and carries no guarantees.”