I am so excited to be a stop on Jennifer Salvato Doktorski's Blog Tour, celebrating the release of her latest novel THE SUMMER AFTER YOU AND ME. This is a great read. Beachy romance--with a twist: the action take place at the Jersey shore the summer after Hurricane Sandy upended the lives of the main characters, a girl who is a permanent resident of the area and a boy who visits only during the summer.

I loved the romance, of course, but was curious about the hurricane aspect. The storm and the devastation almost feel like a third character in the book, so when Jen asked me what I'd like her to blog about, I said, how about the weather? 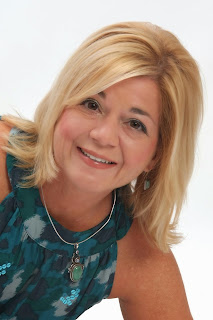 Never begin a novel with weather. It’s one of those generally accepted taboos that most writers come across at some point or another. I’m not sure if Elmore Leonard was the first to say it, but it is number one on his ten rules for writing fiction. Irrespective of its origins, the point is “It was a dark and stormy night” = bad story opener.

But that doesn’t mean weather can’t provide you with the spark or impetus to write a story or novel, or serve as the perfect backdrop. That was the case with my latest YA novel THE SUMMER AFTER YOU AND ME, which debuts today. The story take place the summer after Superstorm Sandy unleashed her wrath on the Jersey shore. It was the largest and most destructive Atlantic hurricane in history, affecting several countries and 24 states with New Jersey and New York being among the hardest hit.

When the mega-sized storm made landfall in New Jersey on Oct. 29, 2012, it was the second time in two years that we here in the Garden State had been done wrong by a freak storm on that exact date. The year before, on Oct. 29, 2011, a nor’easter hit the East Coast covering everything, including the trees still heavy with fall foliage, with a thick snow and icy mix. The result was downed power lines and trees everywhere. Schools, businesses, and roads were closed. Nearly 1 million people were without power in New Jersey, and Halloween got cancelled—boo—and the nickname Snowtober was born.

Our property dodged any major damage, but a large branch from one of our giant oak trees fell onto our neighbors’ property, nicking their gutter and pulling down some cables. I took it as a warning sign and had the tree taken down. And a good thing too, because it wouldn’t have survived the 65 mph sustained winds that barreled through here the following year on that same date when Superstorm Sandy pummeled the East Coast on Oct. 29, 2012. Halloween was cancelled, again, but that was the least of anyone’s worries. The New York Stock Exchange also closed for a record two days, but again, small potatoes in the grand scheme of things.

One of the scariest parts about Superstorm Sandy, was that it lived up to the hype. That hype began on October 22 as meteorologists watched as it developed in the Caribbean and crept along the Eastern
seaboard like a slow-moving monster. By Saturday, Oct. 27th, our governor had already ordered a mandatory evacuation of all coastal regions.

We have a place at the shore and were there that day to participate in the annual scarecrow building contest (it seems silly now that I think about it) and to batten down whatever hatches needed battening. It was eerily quiet. We saw some people filling sandbags and some fisherman on the beach, but it seemed like everyone should have been doing more.

The next day, back at our full-time home, which is further north and inland, people were running from store to store, picking the shelves clean of camping lanterns, flashlights, D batteries, phone charges, candles, water, bread and milk. I bought lots of lunchmeat and packed our coolers with ice because our stove is electric and Snowtober made me realize we are fully dependent on electricity to cook. This was Sunday, Oct. 28th, and already schools had been closed for the next day.

And so we awoke on the morning of Oct. 29th, turned on the TV and began flipping channels, from CNN to The Weather Channel to our local news networks. All of them were showing the same Doppler image of a behemoth storm with its red, angry eye and a massive green swirl that looked like a dragon wings and a tail. Outside the wind was picking up; becoming stronger by the hour.

I can’t remember when it started raining but the rain seemed secondary to the wind. I brought our garbage cans into the garage and watched our remaining oak trees swaying back and forth. We used our landline to make calls and kept our cell phones charged. Shortly after 5 p.m., the lights flickered once, the TV made a zapping sound, and then the electricity went out.

“This is it,” someone said. It was either me or my husband, I can’t remember which. What I do remember is the wind. Wind that sounded like a low flying jet or a high-speed freight train. It rattled the windows and bellowed all night long. When it got dark, we turned on the Coleman lantern, ate sandwiches, played board games, read books, and listened to AM radio on the only device in our entire house that go reception—and old, battery-powered walkie talkie with an AM signal that my husband has had since he was five.

We were up most of the night, listening to the soothing voices of the deejays, watching the sky light up a purplish color each time a transformer blew, and waiting for the deafening wind to abate. We grabbed pillows and blankets and stayed together in the living room. In retrospect, we should have holed up in the basement, but somehow I think my husband and I felt better watching those giant oaks sway all night long; willing them to stay up with our eyes. Somehow they did. But all around us, others weren’t so lucky.

The next morning, we stepped outside to find trees and branches down everywhere. A giant oak blocked our road, another lay on top of the neighbors’ minivan. We used our cell phones to call friends and loved ones to make sure everyone was okay. But the power was still out, and would remain out for days, so we had no idea what the rest of the state and New York looked like, or whether our condo at the beach had survived the storm.

The days that followed were surreal. Driving conditions were horrendous without traffic lights, schools in our town remained closed for nearly two weeks, we ran out of hot water, and sleeping without heat in the unseasonably cold weather was tough. I couldn’t make coffee, or any hot food or beverages for days, and we all grew tired of sandwiches (I haven’t eaten bologna since). But these were all minor inconveniences after this major storm.

People had died, property had been damaged, and homes had been destroyed; swept away by ocean and bay waters along with cars, boats, swing sets and whatever else was in Sandy’s path. The hardest hit areas looked like they’d been ravaged by war not a storm.


Suffice it to say, experiencing Superstorm Sandy changed me. It reinforced what I already knew—life is delicate and precious and nothing should ever be taken for granted—and made me appreciate just how good people could be to one another when faced with the aftermath of a tragedy.

Somewhere around our third night with no electricity, I even began to understand why people in the old days went to bed so early and woke up with the sun. There’s only so much you can do in the cold and dark! I also realized how ill-prepared I was for a hurricane of that magnitude or any other natural disaster. That Christmas, I gave everyone in my family emergency kits complete with crank radios and flashlights (I’m too much fun, I know!)

The following summer, I began writing THE SUMMER AFTER YOU AND ME. I didn’t open with the weather, but I wrote this book because of it. 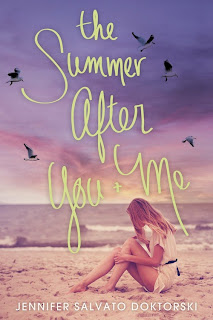 Will it be a summer of fresh starts or second chances?

For Lucy, the Jersey Shore isn’t just the perfect summer escape, it’s home. As a local girl, she knows not to get attached to the tourists. They breeze in during Memorial Day weekend, crowding her costal town and stealing moonlit kisses, only to pack up their beach umbrellas and empty promises on Labor Day. Still, she can’t help but crush on charming Connor Malloy. His family spends every summer next door, and she longs for their friendship to turn into something deeper.

Then Superstorm Sandy sweeps up the coast, bringing Lucy and Connor together for a few intense hours. Except nothing is the same in the wake of the storm, and Lucy is left to pick up the pieces of her broken heart and her broken home. Time may heal all wounds, but with Memorial Day approaching and Connor returning, Lucy’s summer is sure to be filled with fireworks.

ABOUT THE AUTHOR
Jennifer Salvato Doktorski is the author of two YA  novels and is a freelance nonfiction writer. Her first paid writing gig was at The North Jersey Herald & News, where she wrote obituaries and began her lifelong love of news and coffee. She lives in New Jersey with her family.

Connor opened the gorgeous double doors, each with half-moon stained-glass windows on the top, and motioned me inside. “After you.”
The house had that distinct yet hard-to-describe smell of a beach home that had been closed up for a while. I walked to the center of the high-ceilinged foyer and immediately pic­tured pine garland and twinkling white lights wrapped around the sweeping banister.
“Wow. I’d love to spend Christmas here,” I said and immedi­ately regretted being so sappy.
Connor smiled. “You could fit a twelve-foot tree in this hallway.”
I admit, over the years I’ve had my share of Connor-centric fantasies. However the image of him watching his children pad down the stairs on Christmas morning had never been one of them…until that very second. I liked thinking about Connor that way.
“Come on. You’ve got to see the master bedroom.”
The wholesome image of a Malloy family Christmas van­ished. Aha, I thought. That was the Connor I knew.
“Uh-uh,” I said. “The widow’s walk. I want to go there first.”
“Race you,” he said and took off running.
He beat me up the two flights and was waiting for me in the third-floor hallway toward the back of the house. Off the hallway was an art studio, with a drafting table and a bookcase. There was also a telescope standing near the window.
“Follow me.” He crossed the studio and unlocked the dead­bolt to the narrow door leading outside.
“You’ve already been up there?”
“First thing I did when I got here,” Connor said.
“Not the master bedroom?”
“Nah, that’s the first thing I wanted to do when you got here.”
I thought it was just more flirty banter, but Connor’s flushed cheeks looked as warm as my body felt. He stared at me for a beat too long and my throat constricted. I was suddenly aware that I’d left the house with slept-on hair and no mascara. The look on Connor’s face told me he hadn’t noticed. His eyes never left mine.
Finally he said, “Come on, Luce. I’ll follow you.” The space was tight when I passed in front of him, and the closeness of his body gave me the shivers. I opened the door and stepped outside onto a small patio. I walked toward the wrought-iron spiral staircase that lead to the widow’s walk on the roof and placed my hand on the railing. My knees felt shaky as I began the climb, but I never looked back.