Terror in the Driveway: A Horror Story by Jody Casella

Last week was kind of stressful.

My husband's car died when he was on the interstate and he had to get it--and himself--towed home. The next day the furnace started making a weird clanking sound and when I called a technician out to look at it, he immediately shut the gas off and told me he couldn't in good conscience walk out of the house without condemning the furnace.

Oh, he said, your air conditioning unit is leaking and your water heater is just about rusted through.

What else can break? my husband asked me that night.

Shhhh!! I said. You NEVER EVER ask that question out loud to the Universe.

A whole troop of furnace/air-conditioner/water-heater guys came the next day and the dog had a mini nervous breakdown and the temperature in the house went lower and lower until it settled at a crisp 52 degrees.

In the morning it was 5 degrees outside, but we were toasty inside and my husband left the house for work and returned quickly to say that the doors of our daughter's truck had frozen shut. He knew I was taking her to a doctor's appointment later and he'd forced the driver's side door open but now he couldn't get it closed. So he'd started the truck and told me to keep it warming up in the driveway.

Off he went to work (taking my car) and I looked out the window at the truck idling in the frigid driveway. After a while, I decided to go out and try to close the door myself.

I bundled up and got into the truck and closed the door.

I turned off the truck and tried to open the door and I couldn't. I sat there for a few seconds and tried again. It wouldn't budge. I tried the passenger door. That wouldn't budge either. I turned the truck back on and let the hot air blow in my face. I climbed into the backseat and tried both back doors.

They were also frozen.

Sweating in my bundled up clothes, I climbed back into the front seat. I tried to open the door again. I jiggled the handle. I locked and unlocked it. I kicked the door. I took off my hat and loosened my coat, full blown hot flashing.

I realized I didn't have my phone with me.

How long could I sit out there? Stuck. In a truck. In a frigid driveway? before anyone saw me? Would my daughter, when she woke up for her doctor's appointment, think to look for me out here? Would the thought even cross her mind that her ding dong mother was trapped in the truck in the driveway?

I wondered if I should drive somewhere. Around the block in an attempt to warm up the frozen doors? To my husband's office? If I beeped the horn, would anyone hear me?

This was funny. Silly. I looked out the icy window and tried not to panic. It's not like I was going to die out here. I had heat. I had a vehicle for crying out loud. I could go somewhere. Not that I would be able to get out when I got there but...

Because I am a writer I started spinning out possible story arcs. The truck runs out of gas and the woman, kicking and screaming, loses hope, her fists bruised from pounding on the icy windows, her cries unheard. Flash to a scene indoors, a girl sleeping in her warm bed. Flash to the empty houses in the neighborhood. Flash back to the woman trapped in the truck, one hand sliding down the glass, a single tear, frozen on her cheek--

Suddenly I saw my neighbor walking down her front walk on the way to put something in the trash bin. I banged on the window and she looked over and waved.

I banged on the window again. She could get me help! Use her phone to call my husband! I was saved!

I yelled to her. Would she be able to hear me through the closed window? She came closer, smiling, her head tilted quizzically, not quite catching what I was saying. Maybe I could... open the window? Not sure why I hadn't thought of that, but I pushed the button and Boo Yah, the window rolled down.

"I'm locked in!" I said breathlessly. "The doors are all frozen shut! Can you call--"

My neighbor tried the door, opening it so easily that I nearly toppled out of the truck.

Oh! We both said. And then we laughed. I caught her up on what had just happened and she shook her head, thinking probably, Jody, you ding dong, but too nice to say it.

We said our goodbyes and I went into my toasty house where my daughter was still sleeping.

All told, probably only like five minutes had gone by. 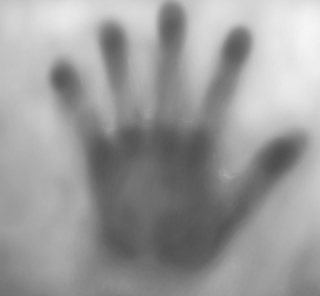 Email ThisBlogThis!Share to TwitterShare to FacebookShare to Pinterest
Labels: broken furnaces, stress, trapped in a truck