Confession: The other day I was a mean girl...

I was at a book festival, a place where I am typically not a mean girl,

there to hang out for the day with a writer friend, and while my friend and I were heading toward her book-signing table, she stopped abruptly and gasped because sitting on the floor was a cat--

alive, it seemed, from where we were standing, but on closer inspection,

I think the technical term is taxidermied?

Anyway, my friend snapped a picture and we laughed and speculated with some of the other writers nearby what the dead cat was there for. Swag for the book display, something eye-catching to draw customers over? (This is a thing, by the way, that writers do on the Book Festival Circuit with bookmarks, candy, fun stickers.)

Maybe the author signing at this table was promoting a book about cats? Or taxidermy? We didn't know, but the general impression was that it was sort of creepy. And funny.

We were all eating lunch and several writer friends came running into the lunchroom to ask if we had seen the dead cat, which got me talking animatedly about it, laughing and speculating and pulling other people at our table into the conversation,

until my friend nudged me and whispered under her breath that the author-owner of the dead cat had just sat down on the other side of me.

Mortified, I hung my head, wondering if there was a way to teleport out of the book festival and taxidermize myself.

There is a mean girl inside of me.

She tends to come out when I am feeling uncomfortable. When I am telling a story and find myself the center of attention. When I realize that I am making people laugh.

Years ago, when I was in college, I took a geology class --the "easy" lab science taken by non-science majors-- and not really all that easy. The hardest part of the class, we all agreed, was that we had to go on a weekend rock-hunting trip.

Probably the professor did not call it a rock-hunting trip, but whatever she called it, it was a road trip from the college in Memphis to Hot Springs, Arkansas, in a school van, with lots of little stops on the way to investigate rock formations.

None of the students wanted to go except for one guy-- we'll call him, John-- who intended to be a geologist and therefore took this trip seriously. The rest of us grumbled about having to leave campus for a weekend and sleep in tents and ride around in an increasingly sweaty smelly van with a bunch of people we didn't really know except through this irritating class.

Also, it was raining.

But there we were, making the best of it, riding in the van and trudging out into the rain every few hours to look at rocks on the side of the road. With the exception of John, who would leap out of the van to really really look at the rocks, and at one particular stop, John was leaping so excitedly, that he slipped in the wet leaves on the side of the road and did a flip in the air and landed upside down in a ditch.

I am not proud to say that I laughed.

Or that later, at our campsite, all of us warming our drenched frozen bodies around the campfire and chatting awkwardly, I began to tell the story of John leaping and flipping and everyone laughed and I kept going, enjoying myself for the first time on this dumb trip, and not noticing that everyone had stopped laughing and there was John, suddenly standing next to me.

I can still see the look on his face.

It was the same as the man's at the book festival. 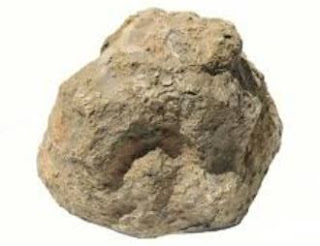 Is it too late to say that I am sorry?