One True Way: An Interview with Shannon Hitchcock

I am so happy to have Shannon Hitchcock back On the Verge!

I'm a huge fan of her work. Her debut novel The Ballad of Jessie Pearl is a favorite-- a girl's coming of age in 1920's rural North Carolina after a family tragedy, and Shannon's take on school integration in Ruby Lee & Me is heart-breaking and thought-provoking. Her new novel, One True Way, skips forward in time to more recent history, 1977. It's a story of friendship and first romance-- between two girls-- set in a period when the country was nowhere near ready to accept, or even acknowledge, homosexuality.

The subject can be touchy for some people even today, but Shannon's a pro at creating three dimensional characters and believable, compelling plots, so I knew I would love the book. And I did! 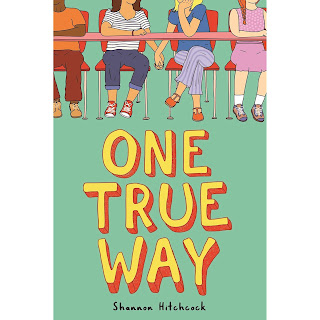 Shannon: From the moment, Allie Drake meets Samantha Johnson at Daniel Boone Middle School, she knows there is something special between them. But Allie never knew a first crush could be so wonderful—or cause so many problems.

Jody: I love that. It perfectly encapsulates the book. Your other novels were inspired by events in your family history. Is that the case for One True Way as well?

Shannon: The idea sparked at a National Council of Teachers of English. I was attending a diversity panel and the librarian/moderator said what she really needed were more middle grade books that deal with homosexuality. She went on to say that’s the age same sex feelings emerge, but there were very few books available.

That resonated with me because many years ago a person I love came out to me. Because we’d both been raised in conservative churches, it was gut wrenching for both of us. I knew immediately I wanted to tell that story.

Jody: There's been a pretty big shift, I think, in the last decade, on how we as a society talk about and view homosexuality. I've noticed that there was a shift even between the years my own two kids (who are four years apart) were in school. When my older son was in college, several kids he knew came out and it was without much fanfare. Only a couple of years later, kids were coming out in my daughter's high school. Now, kids are coming out in middle school.

Your book feels essential for those kids who are thinking about their own sexuality-- coming out or on the verge of coming out, but also for their classmates, and let's face it, for adults who haven't caught up yet with the kids! Were you thinking about any of these issues when you were writing One True Way? Have you gotten any push-back from readers or gatekeepers (teachers, parents, etc.)?

Shannon: The problem with writing a novel with LGBT content is you’re never sure if a negative review is because your writing stinks or the reviewer does. I suspect lots of the push-back for One True Way will be silent censorship. Educators who simply won’t buy or use the book. I agree with you that adults haven’t caught up with kids on LGBT issues.

A recent article in the NY Times reinforced that for me:
https://www.nytimes.com/2018/05/08/books/george-alex-gino-controversy-oregon.html6.

Jody: I haven't read George by Alex Gino yet, but I know exactly what you mean. A few years ago I teamed up with a librarian to present on silent censorship at an American Association of School Librarians conference. We called our presentation "Two Boys Kissing Is Always Missing" because my librarian friend realized that while she carried that novel by David Levithan in her school library, no child every officially checked it out.

Still, the book was never where it was supposed to be on the shelf. Kids were slipping it out of the library to read. David Levithan himself spoke about that. He acknowledged that kids might be afraid to check the book out or buy it, but just that fact that it existed, that it was on a book shelf, made them feel less alone.

Which is what I think homophobic people are most afraid of when they hear about books like that, and like yours. There's an element of If we pretend homosexuality doesn't exist, then it won't, or something like that.

Shannon: This is true, sadly. In my experience, the prejudice many homosexuals face stems from religion, so if I really wanted my book to make a difference, I needed to examine the source of it. Three books were invaluable to me: Defrocked: How a Father’s Act of love Shook the United Methodist Church by Franklyn Schaefer, Crooked letter i: Coming Out in the South by Connie Griffin, and When Christians Get It Wrong by Adam Hamilton. I also worked with my minister, the Reverend Vicki Walker.

Jody: I'm glad you brought religion up. It's a huge part of many kids' lives but it's rare to see characters in children's books going to church or talking about church. You do a great job depicting different kinds of churches in the story. There's Sam's church-- a fundamentalist church, and there's Allie's, a more progressive one.

Shannon: That was something I worked on and thought about a lot. The readers I am most trying to reach are the kids being raised in conservative churches. I want those kids to know not everyone interprets the Bible the same way, and that it’s important to be true to who they are.

Jody: Something we haven't talked about yet is the setting. This book takes place in the 1970's and reminded me of books I read in the 70's -- books by Paula Danziger and Ellen Conford, books about divorce, friendships, gentle romantic relationships, school interactions...

Shannon: Yes, I read those kinds of books, but I didn’t really think about them in writing One True Way. I started by reading YA LGBT books and making note of what content was appropriate and inappropriate for a middle grade audience. I read Boy Meets Boy, Two Boys Kissing, Aristotle and Dante Discover the Secrets of the Universe, Simon vs. the Homo Sapiens Agenda, The Miseducation of Cameron Post, Annie On My Mind, and many others.

What those books taught me is the emotions are the same whether the relationship is between two boys, two girls, or a boy and a girl. The difference is in the way society reacts to it.

Jody: I've read those books too and they do what the very best books do-- drop the reader into another person's shoes and get them walking around for a bit in a different life. And now we can add One True Way to that list.

Before I let you go, Shannon, I'm excited to hear what you are working on now.

Shannon: I’ve been revising a novel called Callie In Color. I had decided it would never see the light of day, but then received feedback that Callie needed a subplot. I don’t know whether Callie will ever be published, but adding the subplot has reinvigorated my enthusiasm for it. That old adage about not revising in a vacuum turns out to be true.

Jody: I have no doubt that you will figure it out! Thank you, Shannon, for joining me today! Dear readers, if you'd like to learn more about Shannon and her books, see below. 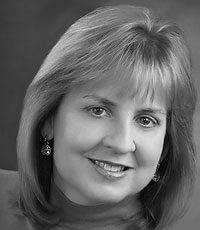 Shannon Hitchcock is the author of the critically acclaimed One True Way, Ruby Lee & Me and The Ballad of Jesse Pearl. Her picture book biography Overgrown Jack was nominated for the Sue Alexander Most Promising New Work Award. Her writing has been published in Cricket, Highlights for Children, and Children's Writer magazines. She lives in Tampa, Florida.