Things I Learned on My Summer Vacation

The air in the southwest is nowhere near as humid as it is in central Ohio (and as a person with normally out-of-control/mad woman in the forest curly-hair, I appreciate that).

The Grand Canyon is a must-see in real life. (Pictures do not even begin to capture the view). But here's one anyway: 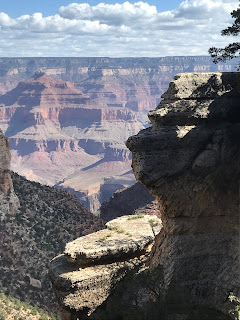 I like the contrast of red rock against bright blue sky. Georgia O'Keeffe knew what she was doing, living out in New Mexico, painting red rock formations and bleached animal bones and skies so blue they make your eyes burn. 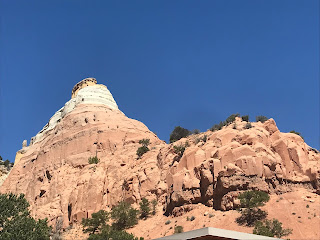 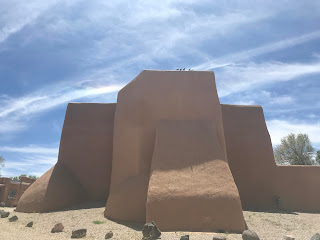 There are tons of old churches in the southwest and one of them, the Santuario de Chimayo, has a special room tucked away behind the altar where you are invited to scoop out sacred dirt.

Which I did. Into an empty pill bottle. 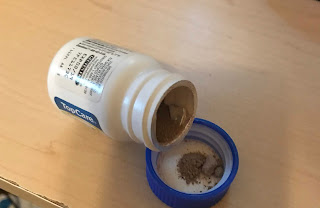 Because you never know when you are going to need some sacred dirt.

And speaking of old churches, they are not nearly as old as the Native American towns you will pass through. Pueblos carved in mountains. Multi-storied adobes. Mud-brick foundations dating back to the 1000s, some still occupied by nations you've never heard of, and you think as you wander through some of these places how ignorant you were,

thinking that old places like these exist only in other parts of the world. Europe, for example, where you've see the foundations of Roman walls and all of those ancient churches, the bones of saints behind glass or buried under the slate floors.

Ignorant, because you didn't remember the civilizations here, in America. Ignorant, because you thought most of these people were gone. But here you are at one place where the people still live, their homes situated around buildings their ancestors made one thousand years ago. 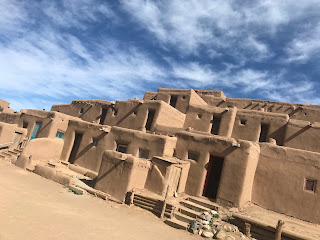 You haven't read or looked at the news all week, but somehow it leaks in anyway. Another mass shooting in a school. More corruption in the administration. Something about yanni and laurel. Oh, and the president of the United States of America called immigrants animals.

The sky is so blue and the landscape is so red and you know the terrible things that have been done here to other human beings, that are still being done, this moment, and how very lucky you are to have passed through this world mostly unscathed,

to be on vacation.

when you are walking by what looks like a bookstore/barbershop in Durango, Colorado, and the bearded clerk asks you what book you are looking for and you start to walk away because the place looks super sketchy, with its two barber chairs and only one bookcase filled with dusty books,

but your husband walks closer and says, "Young Adult novels?" and the clerk says, "We have that for you right here," and then he opens the bookcase...

and there's a room glowing on the other side. 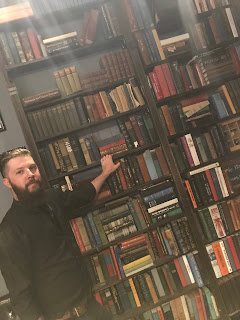 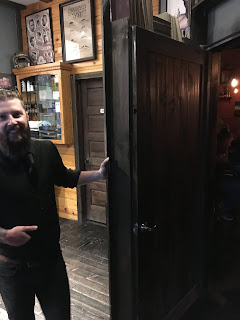 You'll be glad you did.