Two weeks-ish away from my phone, and I have found that I am listening more to the people I am with.

Also I am listening more to the people I am not with. Yes, I am talking about eavesdropping. This is an old habit of mine that I'd actually forgotten about, probably because I'd stopped doing it. Stuck in a grocery store line, during lulls in a conversation at a party, sitting alone at a restaurant-- these potential moments of boredom are when I will invariably pick up my phone.

But before I owned the dumb phone, it was prime eavesdropping time. My ears would perk up and I'd tilt my head toward whatever conversation had grabbed my interest, sometimes blatantly, apparently, because my kids used to get on me about it. It's nosy, they said. And rude.

I argued it was a good practice for being a writer-- observing human interactions, analyzing the flow of dialogue, making judgments about food selections in the grocery cart... Okay. Maybe I was being a little nosy.

And the information I gleaned didn't always lead anywhere interesting.

I couldn't help myself though. I used to write in cafes. Various Paneras. A Starbucks near the kids' school. One year I went there nearly every day right after I dropped the kids off and would park it in the same seat until it was time to pick them up.

I'd open my laptop and work on whatever I was working on. Whenever I hit a wall in my story, my mind would drift over to the political conversation the professors were having over in the comfy chair section. Or to the grandmother sitting very primly with her granddaughter, prodding the kid to do her homework and plying her with hot cocoa and cookies. The young woman curled up in the chair across from me, opening up creamer container after creamer container into her cup of ice.

I started to think of all these people as my characters. The professors were retired, I decided, and trying to remain relevant in the world, but how could they, sitting in a Starbucks all day? The grandmother was secretly annoyed at having to babysit for the granddaughter and why couldn't the kid figure out her damn homework on her own? The young woman with the creamers was beautiful and tragic-looking, always on the verge of tears. Possibly she was a college student, an artist, a bohemian type who got her inspiration from creating her own beverages.

It took me months of half watching her to realize that she was homeless and possibly mentally ill. Actually, I learned that from eavesdropping on the Starbucks clerks who were debating if it was okay for them to stop giving the woman free cups of ice into which she was emptying the (pilfered) creamer containers.

The answer, they ultimately decided, was yes. The woman ended up locking herself in the bathroom. There was a discussion about whether to call the police. The professors tsked tsked over the drama.  The prim grandmother ushered her granddaughter out quickly. I pretended to be writing, but really I was torn up.

Why couldn't they just let the woman sit around and drink her icy milk? And now that she was officially kicked out of the Starbucks, where would she go?

Last week I went out to lunch with my husband and during a pause in our own conversation, when he picked up his phone, I started listening to the women at a nearby table. One of them was telling what sounded like a riveting story, as evidenced by her hushed tone and the other women leaning in closer to listen.

I leaned over closer to listen too. Something about a guy who'd gone to jail and who had been cheating on his wife. Money laundering was involved. Hardened criminals were coming after the guy and it was all going out of control. My husband put his phone down and tried to resume our conversation, but I shushed him. I was worried over how everything was going to turn out over at the other table.

The woman telling the story was winding down. It's crazy, she said. No kidding! I was thinking. And then one of the other women at the table said, So what channel is this show on?

When my husband and I left the restaurant, I quickly caught him up on the story. What show was it? he asked me. It sounds good.

I don't know, I told him. I stopped listening. 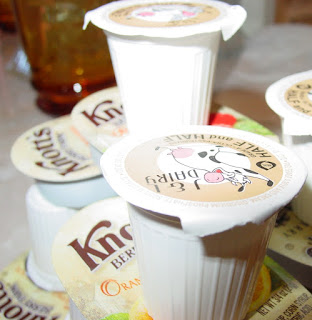