We were at a wedding and then there was a funeral

but I didn't go to the funeral. I was still replaying the wedding. Something interesting about my extended family is how we can't all be together for very long without falling apart. Maybe every family is like this. Throw everyone together in a room, add the heightened emotions that go along with weddings (and funerals) and there's bound to be some drama.

I don't want to write about this drama except for how I learned to cope with it. How I had coped with it in the past was the replaying thing,

going over every detail of whatever happened in my mind, rehashing it with other people, usually the people who were involved, which all just made it worse, and generally making the people closest to me miserable with the ad nauseum rehashing. I knew I was going to have to stop, so I went back into therapy.

Something nice about therapy is that you can rehash to your heart's content and the person listening to you has to listen to you because you're paying them, and there's a helpful bonus in the fact that they aren't involved in the drama and can see the idiocy of it all and let you rage and cry forever. Except it's not forever, because therapy sessions only last for an hour.

I learned some useful tips and tricks when I was going to therapy, like how to notice patterns in relationships and break them (the patterns, not the relationships, although sometimes you have to break those occasionally too) and how to set boundaries and how to let things go that you can't control.

This was sixteen years ago and Hurricane Katrina had hit New Orleans and I had been watching the news for days and feeling sick about it, the water rising and the people trapped in the convention center and the dead grandmothers left behind on the street corners with notes pinned to their clothes, the stories of white supremacists with guns on bridges threatening the desperate people trying to flee and the doctors in dark sweltering hospitals helping sick people die, the terrified people cutting their way through their rooftops and the president praising the head of FEMA for doing such a great job, other countries around the world looking on in horror at one of our major cities collapsing and promising to send foreign aid to us,

and I was rehashing all of this with my therapist, raging about it, crying. Maybe it was the residual feelings about the wedding and the funeral. A person had died and I had loved him and I didn't go to his funeral, but it was something more than that, something I couldn't verbalize about families and dysfunction,

and the word isn't drama, it's tragedy,

how people who love each other hurt each other over and over again, my family, our country, the world. I didn't know what the therapist was going to say. He usually had all the answers, or at least some advice, a tool I could use, a mantra. Did you see the people wading through the water, I said. This is our country. How is this happening in our country?

I don't know, he said. He seemed a little flustered by the question. I was flustered that he didn't have the answer. The session was over and I walked out in a daze. I was on the verge of understanding something but I couldn't quite reach it. I barely understand it now.

It's me, it's you, it's us, each one of us on our own, and at the same time, all of us inextricably connected. What will it take to get us into the room together and keep us there as the world falls apart? 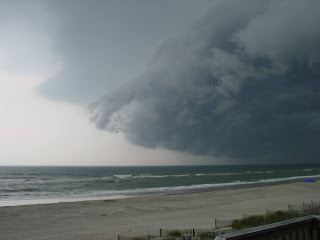