I hate the Columbus Ohio Car Show, but my husband loves it, so every year--well, every year except for the past two pandemic years--we go. Usually, it's my birthday present to him. The tickets, dinner out first, and then down to the convention center for a stroll through the new cars.

Part of the gift is that I'm a good sport about it. At least I try to be, not blurting out, for example, how much I hate the car show even though while I'm strolling through the car show, that's sometimes a thought that will pop into my head. This is what we do for the people we love and who love us. Go with them, sometimes, to the places they love, even when we hate those same places.

It helps that in previous years of the car show, the ticket takers hand out a scavenger hunt-- a list of car parts and features to find while you're doing the strolling. If you find all of the car parts and features, you can enter a drawing to win prizes. I don't care about the prizes, but I do get a weird kick out of doing the scavenger hunt and so does my husband, and every year, pre-pandemic, he'd have a great time, and I'd surprise myself by having a great time too.

The car show was last week and after I got home from work, my husband was finishing up work himself and all fully dressed up and we were ready to go, and I don't know what made me do this, but I checked the dates again, and it turns out

THERE WAS NO CAR SHOW!

It got cancelled, but the people who run the event never updated their website. I don't want to tell you about the sad expression on my husband's face.

Let's go look at cars at a car place, I said, and my husband brightened right back up.

Do I need to mention that I am probably the worst person in the world to go car shopping with? But now my husband was the one being the good sport, talking up the various car possibilities for me and the fun cool features I could have. Things like back up cams and keyless starts and heated seats or whatever. None of which I really want or need. Although, I do have to admit that I did appreciate the heated seats in his car when I was leaving work a few weeks ago and had to scrape ice and snow off the windshield with my bare hands and then sat inside shivering for a few moments before I remembered: HEATED SEATS!

We went to several car places and it was becoming clear that this may not be the right time to have to buy a car. Actually, it's possible that this is the worst time ever to buy a car. We strolled through car lot after car lot where the car salespeople pointed out all of the cars we could NOT buy--

the new cars that had waiting lists and the used cars that were already purchased, and I was growing more and more despondent and having sad wistful feelings about how I could've been strolling around instead at the car show.

Throw in a scavenger hunt and we'll both live happily ever after. 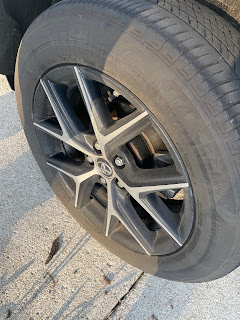