The (seemingly) Endless Verginess of the Verge

Dear Reader,
Take a journey with me.

January, 2000. I had just gotten my first acceptance letter. The story was "The Parade of Princes" and the magazine was Cicada, a literary magazine for young adults in the Cricket group. The kind editor and I shared a few back and forth letters (this was all done in the mail back then) and the story appeared in the Sept/Oct issue. I got paid 25 cents a word. I was thrilled. It really seemed like I was on my way. A few months after the story appeared, Cicada forwarded me a letter from an editor at Viking. She loved the story, she said, and wondered if I’d ever considered writing a novel. I got another letter from the editors at the Institute of Children’s Literature. They wanted to include the story in a book called First-Time Authors that they planned to use with their students. Oh yes, Baby. I was ON MY WAY.

Now digress with me:

Several years later I was working in a fifth grade classroom as the gifted/talented collaborator. The teacher was teaching a cool lesson about fractions and measurements (I think that was the purpose of the lesson. One of the things I realized that year was that I had never really learned fifth grade math.) The gist of the activity was the kids drew rulers on long slips of paper and marked off the segments into inches (or maybe it was centimeters. Another thing that never clicked with me: the metric system) The teacher wanted the kids to note how you could keep dividing a segment in half. There would be a point when you wouldn’t even be able to see it, but conceivably you could continue to break the segment into smaller pieces. Sort of a reverse infinity, if you will.

Back to my point:

The verge. For a long time I measured the verge as a definitive line, the moment when I crossed from Unpublished into the Land of the Published Book Author. In the “Hero’s Journey,” the basis for pretty much every story ever told, including the story of our own human lives, the hero leaves the comforts and/or discomforts of home and sets out on his journey. He leaves the ordinary world and crosses the threshold into the special one, the place where the adventure really starts cooking. He’s tested. He makes friends and enemies along the way. He does battle. Etc. And eventually the journey ends (usually right back where the guy started) but now he’s a changed person, a true hero who’s earned his reward. The end.

So in my journey, I always saw the moment I got my book deal as crossing the threshold into the special world of Book Deal-dom. I imagine this lovely kingdom as a place of books signings and school visits and fan letters and on particularly bright dreamy days, it includes fame and fortune and a gold sticker on a book cover. When I said I was on the verge, I meant that I was steps away from crossing over into this blessed land.

The trouble is the threshold—the verge—is not a line after all. Instead it’s more like those segments on the paper rulers the fifth graders were drawing. It’s much wider and contains many more pieces than I ever suspected. Since January 2000 I’ve had more stories published. I’ve gotten nice rejections to the stories and books that weren’t published. I wrote many manuscripts. Some multiple times. I got an agent. I lost an agent. I found another agent. I have people that love what I write and champion it. And I have people who think it’s “meh” and/or won’t give it the time of day. There are times when I wonder how wide this freaking threshold is. Surely I am about to cross over. Soon? Ever?

Then it hit me.

I already have. The Verge isn’t the moment of the book deal. It's when I began to believe in myself as a writer. That’s when I crossed over. That’s when I left the ordinary world and entered the special one, my own writer’s journey. Along the way, I’ve been tested. I’ve made friends. And enemies. (the biggest one is Self-Doubt. That guy’s a bastard, let me tell you.) And I have truly done battle. Every day with the blaring blank computer screen. It’s entirely possible that I’ll never get The Deal. If it does happen, it may turn out to be the climax of my story. Or maybe it’ll be just another blip of a sub-plot.

Here’s the funny thing: the verge is not an elusive, ever-widening line. It's the journey itself. On this rare sunny day in Columbus, all's right with the world, and I can say without a hint of sarcasm or self-delusion, what a cool up and down adventure it’s been. 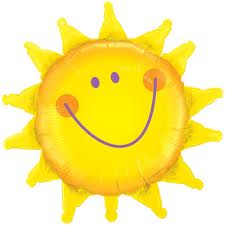