Tips for Surviving a Snow Apocalypse (hint: Must. Have. Coffee.)

I’m going to preface this by saying apparently I am a big baby who wouldn’t last long in an apocalypse. The funny thing is I’ve been reading so many YA books about the subject lately I thought I was an expert. Go north, is one of the tidbits I learned. Because everyone else will be heading south and you want to avoid the mass chaos. This, from Ilsa’s Bick’s brilliant zombie disaster novel, Ashes. There’s also this little gem from Mike Mullin’s gritty, realistic, page-turner Ashfall: get your hands on a good pair of cross-country skis. You’ll need these to traverse the volcano ash landscape. Good idea, too, to have a safe house to hole up in, such as a school. (Dark Inside by Jeyn Roberts.) And a large selection of canned goods and blankets are essential. (Life As We Knew It by Susan Beth Pfeffer)

Unfortunately, none of these books prepared me for the College Road Trip from Hell that happened to coincide with the freak snowstorm that attacked New England last weekend. My son and I planned this excursion around his fall break, thinking we might fit in some pretty leaf-peeping action. Okay, that was my thought. I don’t think my son cares one way or another about fall color. Anyhoo, we were staying with my brother and his family (lovely wife and four little kids) in their beautiful new house in a gloriously wooded area of central Connecticut. Remember the gloriously wooded part. It plays an important role later. We knew snow was heading that way but my brother assured me we could make it up to Williamstown, Mass, tucked away in the Berkshires near the Vermont border, and back before it hit.

We should’ve known when we got lost on the way there, that trouble was ahead. Here’s a handy tip for the Apocalypse: Carry a map. The paper kind. Instead of relying on your car’s GPS. GPS’s don’t do well when it comes to detours and road closures. Not many alternate routes around the beautiful North Adams area of New England. I know this because we doubled around that sparsely populated, hilly, windy-road section of Massachusetts for most of the day, prompting my frustrated brother to say: "All roads lead to North Adams. But NONE lead out of it."

The college was great. When we finally made it there. Bucolic town. Friendly sweet students. Good food at one of the local eateries. And good thing we ate before we left. Cue: ominous music.

The snow was just starting to fall when we left. And promptly got lost again. In near white-out conditions, my calm-on-the-outside brother drove us around those same windy, hilly roads. Within minutes there were two or three inches of thick snow on the ground. And on the car. And building up around the windshield wipers. Another helpful tip: treat windshield wipers with care. When my brother reached out the window to tap the caked snow off, the left wiper broke and he spent the remainder of the five hour drive leaning across the seat, his face inches from the windshield. Trees creaked and fell around us. We came within an inch of hitting a guardrail once. We couldn’t see if the road went up or down or curved until we were right upon it.

It took three hours to drive seven miles. But at last we made it to the promised land: I-91. And we breathed a sigh of relief. Until my sister-in-law called to say that they had no power at home. When we crossed the border into Connecticut, it looked like a bomb had gone off. Driving into my brother’s lovely wooded neighborhood was one of the scariest experiences I’ve ever had. Trees were literally dropping and snapping power lines as we crawled past.

I will skip ahead to say that we survived. And when I say we, I mean my son and me. My brother and his family are still out there, still surviving in that decimated landscape. Trees down everywhere. Wires dangling over the roads. Few stores and gas stations open. Halloween cancelled. (Yes. Sadly for the four little kiddos.) And worse, only a handful of Dunkin Donuts open and shining like beacons to the caffeine addled junkie refugees lined up in the street to get their morning coffee fix. None of the apocalyptic books I’ve read have mentioned coffee. It’s a stunning oversight. Aside. To the clueless woman in line who wanted her toddler to decide which kind of munchkin she wanted—honey, do you want the munchkin with sprinkles or the chocolate one or how about that silly pumpkin one?—while the line snaked out the door filled with people contemplating double homicide: For the love of God, Woman, choose a damn munchkin for your kid and move the bleep ON.)

The final night my brother got a hotel reservation for us at the airport. My sister-in-law drove us and the weary, bath-deprived little kids up there, and we talked up the place like it was a Club Med. (Lights. Warmth. A TV!!!) Unconscionably, the hotel people failed to mention that there was no power at the hotel. My traumatized sister-in-law decided to take the kids back to my brother’s office for the night, but I had her drop my son and me off at the dark airport hotel. There we paid for a pitch-black (but warm!!!) room. We lurched around using our dying cell-phones as light and avoided the cold showers. It was the best money I ever spent in my life.

The next day we flew out of battle-scarred Connecticut, bleary-eyed survivors of the Snow Apocalypse, coffee cups gripped in our shaky hands. 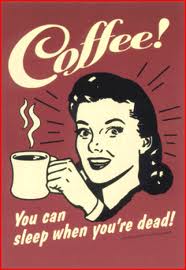 Email ThisBlogThis!Share to TwitterShare to FacebookShare to Pinterest
Labels: Ashes, Ashfall, being a mom, Dark Inside, Ilsa Bick, Jeyn Roberts, Life as We Knew It, Mike Mullin, Susan Beth Pfeffer