Who the Heck Am I? A Look at Two Creepy YA Novels

Just the other day I was feeling nostalgic about my teen years, reminiscing about how fun that time was with my whole life stretched in front of me and no real stress or problems except worrying about an upcoming test or figuring out what to wear to a party. Which probably made my teen readers snort and roll their eyes. Actually, the teen me of (cough cough) 20--who am I kidding?--30 years ago would’ve snorted and rolled her eyes too. That version of me is sometimes hard to tap into, but seeing as how it’s my job to write for teens, I tend to put myself back into that fun time of life probably more often than the average adult. And here’s what hit me, especially after reading a couple of chilling YA novels, which provided an additional reminder: being a teen is not always that fun.

It’s no surprise that young adult literature is often called dark. High school’s full of good old-fashioned conflict: peer pressure, bullies, controlling nagging adults who don’t freaking understand you, and the boy who rips your heart out and spits on it. Never mind the surging hormones and inopportune acne breakouts. AND all of this is whirring around while you’re grappling with the biggest issue of all—trying to figure out who you are.

This is the subplot, if not THE plot of many YA novels and the two I recently read that nudged me to remember some of the not so fun aspects of my own high school years (interesting digression/confession: I once punched a girl in the mouth. Me! An obedient book-wormy Catholic school girl who’d never gotten a detention or even a tardy slip. But senior year this girl had been tormenting me for months, and one day I snapped and popped her in the face.) I don’t know how the authors would characterize their books, but I’m gonna shelve them in Horror.

Glimmer by Phoebe Kitanidis has a grabby (and be warned: r-rated) hook: teen boy and girl wake up in bed, um, naked, not remembering how they got there. Wary and freaked out, they resolve to hang together for a few days, at least until they can unravel the mystery behind their mutual amnesia. They stumble into this bizarre town called Summer Falls that reminded me of Madeline L’Engle’s A Wrinkle in Time. Do you remember that scene on the planet where It lives, with all the kids bouncing balls in the driveways and all the fathers marching off to work at the same time? Well, the town in Glimmer is that place amped up. With a twist. Summer Falls is just a little too perfect and the main characters aren’t the only ones having trouble remembering stuff. Which might be a good thing. Or not. There’s a horror plot at the center involving vengeful ghosts, but what packs the real punch is the idea of forgetfulness itself. Because what’s more chilling than not knowing who you are? 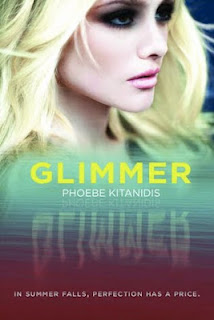 Well, here’s something: questioning your own sanity.

Shift, the debut novel by Australian writer Em Bailey, twists the search for identity around in a thought-provoking way. Main character Olive’s got the usual teen problems—school’s a drag, mom’s a suffering single parent, and there’s a group of mean girls led by former best friend, Katie doing their best to make Olive feel like crud. Add to that she’s grappling with some kind of breakdown and must take meds to keep her life from spinning out of control again. Enter new girl Miranda, who just seems off to Olive and her only friend Ami. The two girls watch as Miranda latches onto Katie and takes that saying, "imitation is the highest form of flattery" to its extreme. The real trouble is: is Olive’s perception of Miranda accurate or is she on the verge of losing her mind? 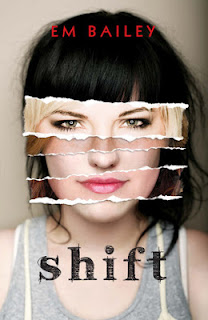 Yikes, I was biting my nails reading both of these books and more than a little relieved to have my own angsty teen conflicts far behind me.

In case anyone’s wondering, I never punched anyone again… that I remember.