The other day I had the awesome experience of speaking to a teen book club at the Westerville library in Westerville, Ohio. Great library, first of all, spacious and well-lit and comfy, with a cool teen books section. I can see why Westerville kids would want to hang out there. The group meets once a month and consists of about a dozen voracious readers, many of whom love to write as well. They instantly made me feel at home. Confession: I was a tad nervous going in, my first speaking-in-front-of-a-teen-group experience in quite a while. I was winging it (something as a former teacher, I should've known better than to do), planning to talk about my book and then take whatever questions they had.

As the kids filed into the room, I berated myself for not working out in advance a succinct and grabby description of my forthcoming novel. Why is it so much easier to plug other writers' books? MUST MUST MUST work on this! Thankfully, I hadn't come totally unprepared. I brought a bag stuffed with all the drafts of my manuscript--hey, maybe the kids would be interested in seeing how many times I'd rewritten the darn thing. Also an envelope of pictures of the numerous cover designs that the publishing company had come up with. That turned out to be a good instinct. The kids liked passing those around and speculating on what might be a cooler cover--after I told them a long-winded description of my book.

These kids were smart and talkative and interested, with their own stories to tell. We talked about unreliable narrators and books we liked and things that got stuck up our noses. Also, how to come up with titles and unlikely names for killers and what to do if the middle of your story starts getting boring. (Answer: make a character die.)

I walked out of there feeling amazed at the intelligence and creativity of these readers and writers and honored that they are my potential audience. Not sure how I had forgotten this. And not sure how I forgot how much of a charge I get out of speaking in front of a group of teens. I used to be a high school English teacher, and on the days I wasn't beaten down and exhausted and despairing about the next generation, I was recharged and hopeful and overflowing with love for "my" kids.

Like my writing journey, my teaching journey was long and bumpy too. It started when I got my first job a trillion years ago. Here's how optimistic and, uh, deluded I was during my interview:

Hiring principal: How would you handle behavior problems in your classroom, Ms. Casella?

Me: (smiling as butterflies flitted around my head) I don't think teachers have behavior problems if they love what they're teaching.

Pause, while we all have a good laugh about that statement. I can't believe the guy hired me. Also, can't believe he never once visited my classroom that year to see how my brilliant behavior management plan was (not) working. But this was a struggling high school, to say the least, with bigger problems than one silly teacher.

I don't think I made it to October that year before I was breaking down in tears every day. Yeah, I LOVED what I was teaching, but I didn't know that the majority of kids in high school don't LOVE being in high school, regardless of how fascinating their teacher thinks The Scarlet Letter is.

But I should've known, because when I was in high school, I didn't love being there either. I was a painfully shy outcast. I felt stupid most of the time. Hated being called upon. Hated the almost daily humiliations of having to walk into a room and choose a seat, knowing that no one would choose to sit next to me.

As a teacher, I vowed I would help that kid like me. I had one goal: to make my class a comfortable, stress-free place. I was twenty three years old the first year I taught, trembling in front of a classroom over-filled with thirty-five students, most only a few years younger than I was. They laughed at me. They ignored me. They whispered or outright talked while I was talking. They cheated on tests and came tardy to class (when they weren't skipping it).

What the hell was I going to do to control them?

Don't smile, the veteran teachers had warned me. Don't be nice. Kick a garbage can across the room on the first day so they know you mean business.

But what about my love for Thoreau and my passion for Fitzgerald?

Haha, they said. It's jungle out there. A war.

I didn't want to believe them. But I tried the kicking the garbage can across the room trick. (All that probably did was make the kids think I was mentally unstable.) In my quest to be a better teacher--and simply to make it through the days without crying, I made a million mistakes, and like the mistakes I've made as a parent, I remember every single one, vividly and with shame. I used sarcasm. I was mean. I lost my temper. I sometimes forgot my primary goal. Which is my biggest regret.

I did love teaching though, and for the most part, I loved the kids. I liked getting them to question and to think. I liked leading discussions and coming up with creative assignments. I probably made a few kids' lives miserable, but I hope I made others have at least one hour in their days that wasn't so terrible. I remember one student, a quiet loner who never said a word in class. One day, he came to tell me he was dropping out of school. I was surprised. Unlike other kids on the verge of dropping out, he hadn't been skipping classes or slacking off. When I confronted him about it, he admitted that my class was the only one he'd been going to for months.

Huh. And here I hadn't even known that he was paying attention.


That was when I made my peace that while I wasn't going to reach all kids, I had no idea which kids I was reaching and I was going to have to pretend that every one of them was that kid, quiet, with more going on in his head. Even if there was only one kid like that in every class, it was worth it for me to do my best--to do even better.

This theory of mine actually worked when I was a waitress (I always misjudged who would be the bigger tippers and who might potentially stiff me, so my only choice was to be a good waitress for everyone.) And also, in writing. Okay, so you might never publish the great American novel or be the next JK Rowling, but all you really need is one reader who reads your stuff, who likes it, who gets it--to make it all worthwhile.

If nothing else, I guarantee, you won't be crying every day. 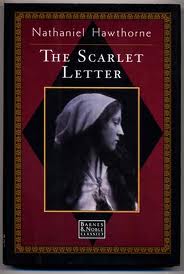 (I am shocked, SHOCKED, I tell you that not everyone finds The Scarlet Letter as fascinating as I do.)