I Read Harder This Year...

specifically, I pushed myself to complete the 2016 Book Riot Read Harder Challenge.

It was fun at first, searching out books to fill the categories, checking off the items on the list. A horror book, a book over 500 pages, a book of essays, a book published in the decade I was born. But then I let the project lapse for a while, going off on several book-reading tangents.

I read Shirley Jackson's We Have Always Lived in the Castle, thinking it could be my horror book, and was so enamored by her voice and her writing (Shirley Jackson, if you need a reminder, is the author of the brilliant short story "The Lottery") that I ended up reading Raising Demons, a set of stories about Jackson's life in a big old drafty house in Vermont with her serious professor husband and their four kids and various pets and zany adventures.

But there's all this other stuff going on under the surface: What it was like to be a working woman writer in the repressive/misogynistic 1950's, to be the faculty wife of an academic, to be a bohemian outsider in a Madmen world. (I just discovered this write up of a new biography of Jackson, A Rather Haunted Life. And oh YIKES, I now know what book will be on my 2017 list!)

I heard the South African memoirist Alexandra Fuller speak last winter and immediately read two of her books about growing up in a weird white colonialist family. Neither of these books fit anywhere on my Book Riot list, but they did set me off on a memoir kick:

*Paula McClain (the author The Paris Wife) Like Family, about growing up in foster homes.
*My Accidental Jihad by Krista Bremer, about life in America with a Muslim husband.
*A Three Dog Life by Abigail Thomas about taking care of her husband after he is permanently brain damaged.

I got serious about the Book Originally Published in the Decade You Were Born category, Ship of Fools by Katherine Anne Porter, but that book almost killed me, all of the pointlessness and futility, the cruelty of humans toward each other--and all of that packed up in a 500 page book with no plot and over thirty characters. I had no choice but to go off on another tangent:

Back on track again with a Book Riot-approved novel, (a book by an author from Southeast Asia) Jhumpa Lahiri's Lowland, set in India-- which I then learned is NOT in Southeast Asia, but I kept reading anyway because I love everything by Jhumpa Lahiri and realized with a bit of fudging of the categories I could stick that book in the Read a Book about Religion slot.

Then, more memoirs:
*Lahiri's In Other Words about immersing herself in Italian, and I toyed with the idea of learning Italian.
*Big Magic by Elizabeth Gilbert because I wanted to recharge my creative self.
*The Great Failure by Natalie Goldberg because I felt like a big fat writing failure.
*All I Did Was Ask, a collection of interviews with creative people by Terry Gross. And I felt better.

It was summer and the Book Riot list was hanging over me and the spaces were only half filled in and I recommitted myself to the challenge.

*The Kitchen Wars by Betty Fussell  (a food memoir) but actually about so much more. Early feminism and academic life in the 1930's and 40's (not at ALL what I envisioned. Let's just say the pre-War/post-War academics were more hedonistic than I had realized).
*Giants in the Earth by Ole Rolvaag (book of historical fiction set before 1900) about the pioneers settling the prairie, and holy moly was there a lot of cold and death and post partum depression on that prairie.
*Of Mice and Men by John Steinbeck (a book under 100 pages) and one of THE most perfect characterization/plot set-ups I have ever read. Honestly, don't know how I as an English major and English teacher missed this book along the way.

Off track to read several YA books for a book panel I was asked to moderate. Best of this bunch by far: Mindy McGinnis's The Female of the Species, a powerful, thought-provoking novel about the effects of rape culture on a small town.

Another tangent to read manuscripts written by writer friends.
*A picture book by my lovely friend Donna Koppelman, which I ended up using in my Read a Book Aloud category, because I literally read the book aloud to her like, ten times. It's SO good and will likely snag a book deal soon.
*Two manuscripts by my prolific and brilliant critique partner Natalie Richards. (One Was Lost on book shelves everywhere now. And a psychological horror, out in the fall, that I call the Haunted Bridge book--inspired by our haunted retreat weekend in Marietta.

The last book I read to fill out my chart was Thirteen Ways of Looking by Colum McCann. (category: listen to an audiobook that has won an Audie Award.) I cheated a little for this one, beginning the book by reading it because I wasn't sure I'd have time to listen over the holidays with my house filled with guests. 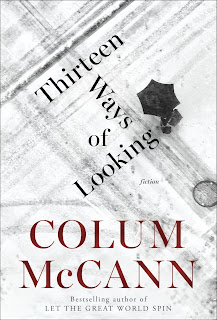 A few years ago I heard Colum McCann speak, and the things he said about the power of story and the need for radical empathy in our broken world stayed with me...and then drifted away.

But a few days ago, his words came back. I had to drive somewhere alone and I popped the CD into my car CD player and out came this beautiful soft low Irish accented voice. Colum McCann's voice, reading to me.

The book is a collection of stories, some written before Colum McCann was assaulted on a city street and seriously injured, and some written after the assault. He'd spoken about this event in his talk several years ago, how the assault had tested his faith in humanity, forcing him to question all of his beliefs about forgiveness and kindness winning out over bitterness and fear and hatred.

The book is beautiful, and more beautiful in the listening.

The last week of the old year, when I drove alone to the grocery store, to the post office, to the library, Colum McCann read to me in his soft, sure voice.

"For all of its imagined moments," he said, "literature works in unimaginable ways."

I got to wherever I was going, and I knew he was right. 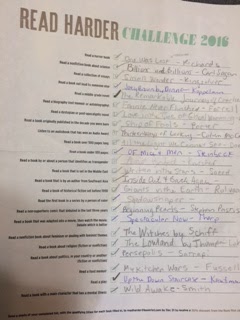