Enter Colton. Or How a made-up renegade scientist dropped into my manuscript and broke through my writer's block

Last summer I was suffering from an acute case of writer's block.

It was a combination of being preoccupied by things Not Related to Writing (selling and buying a house, working a new job, having our college graduate daughter home for a few months) and things Writing-related. The writing-related part was that I'd finished revising a book after working on it for two years and realized that it still hadn't come together.

But just the thought of going back into the revision--  or starting something new felt paralyzing.

My writing partner Natalie suggested that I try something completely different. A lot of my problem, she said, had to do with over-thinking and worrying about the stuff that was beyond my control (ie Publishing, or rather, in my case, Not publishing) and the end result was that writing was no longer bringing me joy.

Oh, she was right about that. Joy? haha. All I felt when I tried to sit down to write was dread.

But Natalie, God love her, was not going to give up on me. She gave me an assignment.

Each day for two weeks she wanted me to send her a pitch for a potential book. These could be any kind of book. Romances, thrillers, mysteries, whatever. The common denominator, however, was that these would be books I would never write. The point was to fool around, with no pressure. The more ridiculous the idea, the better.

I dutifully followed this advice, getting a little perfectionist-y about the first few pitches, but then relaxing and having a little fun with the assignment, despite myself, as the days went by. I was never going to write these books, I reasoned, so who cares.

Example, Day Four, when I threw together this doozy:

When Maura snags an internship in London the summer before her senior year in college, she’s overjoyed. It’s a part-time position at a non-profit environmental agency that manages a seed vault, nothing too demanding or stressful, which should leave her plenty of time to explore and soak in European culture.

But the moment she arrives in London, Maura finds herself caught up in an ever-growing climate-change-triggered nightmare. A record-breaking heatwave with temperatures soaring past an unheard of 115 degrees has turned Europe into a hell-scape.

And then the rains start, at first welcomed as a relief from the heat, but then, feared as the entire continent begins to flood.

It’s all hands on deck at the environmental agency, the staff frantic to protect the vault, one of the few places on earth that contains a sample of every seed, but with excessive flooding around the containment zone, the task seems impossible.

He’s a renegade young scientist who’s been ostracized from the scientific community for his unorthodox views of climate and food production. Colton knows there is a way to save the seed bank, but it will involve blowing it up first. The others are skeptical, of course, but Maura finds Colton’s solution strangely compelling. That, and his piercing blue eyes.

Together, Colton and Maura race against time to save the seeds… and the planet from destruction.

Yeah. So the idea is ridiculous, of course, but it made me laugh. Suddenly, I really was having fun with writing-- even if I was only writing ideas for books I would never write. For a lot of these, I'd set up some crazy premise and then shake things up by Entering Colton, putting him into more absurd situations each day.

And two were ideas that I could see myself actually developing. I wrote a potential first page for each one.

And then I wrote a potential second page.

Now, two months later I have written over 98 pages in each book, and no sign of slowing down yet. Thanks Colton! (And thank you, Natalie, for getting me back into my groove.) 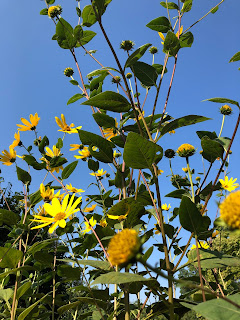