I’d forgotten that she and I went to a protest a few years ago. The first anniversary of the Women's March. We marched together around the statehouse, a much smaller group than the year before in DC, when I marched with five hundred thousand. The police at that protest stood on the sidelines, placidly, some even waving at us.

I said: Not this time because of the virus.

Another friend told me this was the epitome of privilege, letting other people protest for you. But she was also the same person who asked me once why I protested. What does it even accomplish?

I used to say, solidarity. Showing up and making your voice heard. Maybe I don't believe that anymore. Or maybe she's right and I'm a coward.

On facebook some of my white friends are wringing their hands about violence, worrying more over broken glass than about police brutality, and it enrages me. A lot is enraging me lately. Part of it is listening to Rebecca Traister’s Good and Mad which is all about women’s rage. At the end she says, if you’re listening to this now, hold onto your rage. 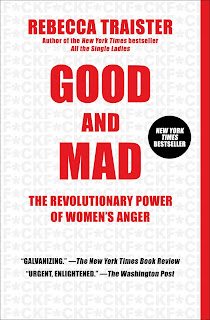 I realize that I had let go of my rage. It was tiring to be so angry all the time and people I knew were implying that I was acting crazy. I'd started daydreaming about hiding out in the country and growing lettuce and letting the country burn, but in a way that didn't affect me.

But I didn't go to that protest.