Anxiety Dreams in the Pandemic

Last night I dreamed that I went with a friend to a program at the library and everyone was walking around bare-faced, strangers mingling, a table of refreshments, an ordinary event like a thousand events I've gone to over the years, but something felt off,

and then suddenly it dawned on me that we should all be wearing masks. Panicky, I put one on, but I was the only person. A new form of anxiety dream, apparently.

Pre-pandemic, my anxiety dreams centered around me running around and feeling like everything is out of my control. I'm a waitress again, for example, and the hostess seats all of my tables at the same time and I have to try to take everyone's drink order.

Or, I'm a teacher, and I can't remember the names of my students and no one will listen to me, and inevitably, a kid will climb out a window.

This actually happened to me once. It was my first year teaching, age 23 in a classroom of 16 and 17 year-olds, the period about to end and all of the students clamoring to leave before the bell, when someone said, Look, Ms Casella, Tim is running up the hill.

And sure enough, there was Tim, the quiet kid who sat in the far back corner, who'd apparently just climbed out the window and was presently fleeing the school. The class looked at me expectantly, wondering what I was going to do, but of course I had no idea. Kids climbing out windows hadn't been covered in my training, and anyway, the truth was, I sort of wished I could join Tim in his run up the hill.

Just thinking about it made me laugh, because I could picture it. The general chaos of the classroom, the students talking while I was trying to teach or the kids half asleep on their desks and who cares about the symbolism in the Scarlet Letter, and wouldn't it be funny if I just walked to the back of the room, opened the window, and climbed out?

Anyway, the next day I had a talk about it with Tim in the hall before class, asking him why he'd climbed out the window, and he explained that I'd never told him he couldn't, which made a kind of weird sense. I told him he couldn't from now on, and he agreed and never did it again, and so all was well,

and immediately, I'd feel better. 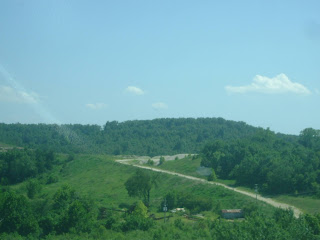