As promised I have picked the creative brain of another writer friend. Tracy Barrett is the author of nineteen books for children and an inspiring teacher and mentor to countless beginners and not-so-beginner-writers. Disclosure: I consider her my mentor. Several years ago we met at a Nashville SCBWI (Society of Children's Book Writers and Illustrators) conference, and later, I wrote a grant for her to be a visiting author at a school where I taught. She did an awesome job working with the students and collected quite a few fans that day. I’ve read three books by Tracy—the creepy ghost story Cold in Summer, On Etruscan Time, a cool YA time-travel/historical fiction novel, and recently, her critically-acclaimed, newest novel, a twist on the minotaur myth, Dark of the Moon. 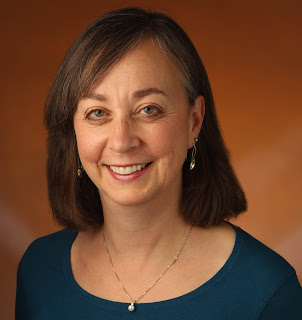 Jody: So Tracy, I have to ask you, even though I am sure that this is a question you have been asked a million times: where do you get your ideas?

Tracy: Hi, Jody, and thanks for having me on your blog!  Almost always, my ideas come from questions I have. The best way to answer a question is to write about it. So, I asked myself:

1. What would happen if Sherlock Holmes had access to a crime lab? (The Sherlock Files series—and I thought of this before the wonderful BBC series with a similar premise came out!)

2. While Odysseus was trying (not very hard) to get home after the Trojan War, what was his son Telemachus up to? (King of Ithaka)

3. I had lots of questions about the minotaur—it's a very wacky myth! Why is the minotaur the only half-human, half-critter monster in Greek mythology whose lower half is the animal? Whenever there's only one of something, you have to wonder why. Why on earth was a labyrinth sufficient to keep a man-eating monster confined—okay, he's not too bright, but he might stumble out, right? Why not put a door on it? If Theseus needed help getting out of the labyrinth, why didn't he need help getting in? Why did he take Ariadne (the minotaur's sister) away after he killed her brother but then dump her on an island with no explanation? Why did he sail a black sail on his homeward journey, knowing that his father would think this meant he had died in the labyrinth? (Dark of the Moon) 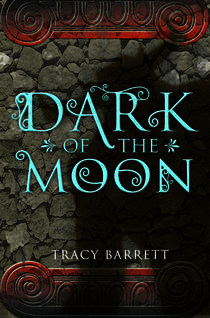 Jody: I love the idea of questions sparking a story. Which makes me wonder what the next step is in your process. Do you do any planning/outlining before you begin writing?

Tracy: For the Sherlock Files, I did a meticulous outline. I had never written a detective novel before, and I wanted my editor to help me make the clues sufficient to solve the mystery but not too obvious, and the red herrings distracting enough without being too distracting. But otherwise, I just have an idea where I'm starting and an idea where I'm ending. The journey takes many unexpected turns along the way. 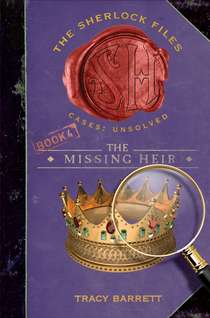 Jody: That’s what I’ve found too. I’m guessing that Dark of the Moon was one of your more organically-developed books, although I bet you had to outline at some point. When I read it I was so impressed with how you wove the myth of the minotaur and the characters Ariadne and Theseus into something original and compelling. I brushed up on the myth before I began reading because I wanted to see what you started with. Your story grounds the Greek myth in reality, so readers get a vivid sense of the time and place. Many of your books, I’ve noticed, feature a historical or mythological figure. How do you fit research into your writing process?

Jody: Sounds like the research aspect could be very absorbing and time-consuming, and yet you've managed to write nineteen books. Have you written books that haven’t been published?

Tracy: Oh heavens, yes. And thank goodness. I think of those manuscripts as my "scales"—a music student's scales aren't to be listened to, but the student must play a lot of them in order to learn how to play something that someone else would want to listen to. I didn't realize that those projects were practice for a book that someone else would like to read, but they were. Plus I plunder them for scenes and descriptions all the time, so it's not wasted work.

Jody: Hmm, the scales metaphor makes me feel better about my own never-to-be-published manuscripts still stuffed in a drawer. Those were my practice.... Now I have to ask you: have you gotten any rejections along the way?

Tracy: I started off writing nonfiction, which is a different process. My first novel was accepted by the first editor I sent it to, so I got all puffed up and thought I was hot stuff. Of course there was a comeuppance: my second novel received 23 rejections before it was accepted. And one more after, from an editor I forgot to tell about the acceptance! The book (Cold in Summer) got good reviews and some nice awards, so I don't think it was really the book's fault. I just hadn't found the right editor. I've now published eight books with her.

Jody: Thanks, Tracy, you’re giving me hope here. I follow your blog so I know that this is your last semester working as a professor of Italian at Vanderbilt University and soon you'll be writing full time. At this point how do you balance your writing projects with your other obligations? And how do you think that will change after you quit your day job?

Tracy: I've had to work hard at balance, and if it were a matter of writing and teaching, I think I could still do it. The way I balanced it was by not throwing myself fully into academe—I've never gone for tenure, so my summers have been my own—and by streamlining my writing process. But since authors are required to do more and more of their own promotion, and since much of that promotion happens during the school year, I have to say farewell to my day job.

I would say that I'm very organized, only I don't think that organization is a thing you are; it's a thing you do. It was a conscious choice on my part to organize my life carefully. If I wanted to do all the things I wanted to do, I couldn't afford the luxury of sloppiness. So I worked against my natural tendency to let things slide, to create piles, to allow paperwork to back up, to leave things where they dropped, and organized my life to the point where I had the time to do the writing and the teaching—and the wifing and the mothering and the friending and all those other things!

Jody: Okay. Must remember this: Get organized! You mentioned that authors have to do more of their own promotion these days. What kinds of promotional things do you do to find new readers of your books?

Tracy: As a writer of historical fiction, it's very important for me to reach teachers and librarians, since they're often the ones who will guide readers to books like mine. I try to go to events where those people will be present and tell them about my work, as well as to school visits where I meet my actual constituents! I love doing school and library visits and am really looking forward to having the time and the flexibility to do more of them.

Jody: Well, as I said, you did a great job with my students. In fact, I’m thinking you’re my mentor for successful author visits too. It was great talking to you, Tracy.

Tracy: You too! Thanks, Jody.