When I was asked to join the awesome group writing blog YA Outside the Lines last year, the first thing I did was check out the other contributors' bios and books. At a glance this is a talented and varied group that represents every YA genre, from literary award-winners to bestselling paranormal romances (which also win awards) and everything in between. There's a wide range of writerly experience represented too. Some of the members have multiple books published. And then there's, um, me, with my one soon-to-be-released first novel. 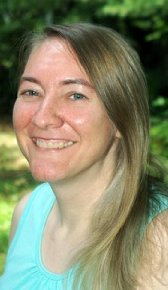 I'm having blast getting to know these writers, both virtually and for real, and I'm reading my way through all of their novels. Last month I read the absorbing and beautifully written Try Not to Breathe by Jennifer R. Hubbard. From the very first page I was drawn into this story of a teen boy's struggle to make peace with his suicide attempt and his growing relationship with a girl who's trying make peace with her father's death.

I am still thinking about the issues raised in this book and still hearing the voice of the boy in my head, and today I am thrilled that Jennifer Hubbard has agreed to chat with me about her book and about her writing process.

Jody: I know readers must ask you this all the time, Jenn, but where do you get your ideas for your books?

Jenn: I write about things I care about, things that interest me, that whisper in my ear. I need a basic plot or situation and a character’s voice before I can start writing. The question, “What if?” helps.

I tried to write about suicide many times before I wrote Try Not to Breathe. I never found the right way to tell the story until I had the character of Ryan Turner, standing under a waterfall after his stay in a psychiatric hospital. And I saw that the story I needed to tell was about stepping back from that brink.

Jody: That scene was such a powerful and riveting way to begin. You're right that finding a scene like that is often the key into the story we're meant to tell. Once you have it, though, and with your other work, what's your next step? Do you just start writing? Or do you plot your narrative out in advance? 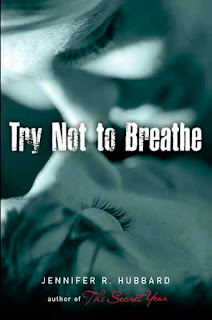 Jenn: I start with a bare-bones, sketchy “outline” that’s only a few lines long. It gives me an idea of where I want to go, and what major obstacles will crop up. But mostly, I wing it. A big part of the energy that keeps me going through a first draft comes from the power of discovery.

Jody: My process is similar--writing to figure out what the story is. I should bring up here, and I know you would agree with me, Jenn, that there are many other drafts and revisions that come after that. Something that beginning writers (me! when I was just starting out) don't realize is that some of those revised manuscripts never make it to publication. Was that your experience? How many books did you write before you got your first book deal?

Jenn: I started with short stories for the adult literary market, and I had my first one accepted for publication while I was still in high school. With short stories, you write a lot and you send out a lot, so I accumulated tons of rejections, along with occasional acceptances.

My first attempts at novel-writing were also still while I was in high school. Most of them, I only did one draft, or they were only 80 pages long, so I’m not sure they count. Once or twice during my short-story years, I produced a novel-length manuscript that I sent to one or two places and got form rejections, and then I went back to short stories.

I didn’t get really serious about novel-writing until 2003, when I decided to try writing YA because I realized I had all these YA books on my shelves that I loved and still read. I took a class in writing children’s books. I wrote a novel that came very close; some agents and editors expressed interest in it, but they all thought it wasn’t quite there yet, and they didn’t agree on what it needed. I couldn’t tell either, so I set it aside and went on to the manuscript that became my first published book, The Secret Year.

Jody: So, only one book that will remain forever in a drawer. Or maybe you will dust it off and try again with it?

Jenn: I mentioned that particular one because it was the one I gave the most serious, realistic shot. But there are plenty more draft manuscripts, half-finished manuscripts, and random chapters lying around that I never even sent out, and a couple of manuscripts I only sent to one or two places before realizing they weren't ready. Then there was a book I wrote between The Secret Year and Try Not to Breathe,  but never submitted because I never quite got it right. All of these trunk novels have served me the way a scrap bag serves a quilter: I often borrow characters, scenes or ideas from them to use in work that eventually does get published. In fact, the character of Nicki in Try Not to Breathe draws heavily on a character from one of those abandoned books.

Jody: I like that scrap bag metaphor. It's hard to let a manuscript go, especially one that you've labored over, but when you think that you might be able to recycle a snippet of dialogue or a quirky character, it makes it a little easier. Speaking of laboring, what kind of work schedule do you have?

Jenn: When I go to my day job, I write in the evenings. When I don’t go to the day job, I will often write as soon as I get up, and then try to do another session later.

Jody: That's got to be difficult, balancing writing with another job. When I was teaching, and when my kids were younger, I had the hardest time putting writing even third or fourth on my list. It seemed like something I needed to schedule--for own my sanity.

Jenn: I haven’t found a good way to fit everything I want and need to do in a single day. So I just keep juggling. I use lists, calendars, and schedules. I break everything down into mini-assignments to make things less overwhelming. I first learned to do this in junior high school, where we had so much homework that I couldn’t fit it all in unless I blocked out my time, hour by hour. I look back now and can’t believe I managed to create that schedule and stick to it. But the habit stayed with me through high school, college, and afterward. Though I no longer block out every hour of my day, I still use calendars and to-do lists.

Jody: It occurs to me that your self-discipline and organization might surprise some people. I get the sense sometimes that writers and other creative types are viewed as being kind of free-spirited and day-dreamy. But here you are blocking out your time and basically scheduling your creative sessions. And once you've got published work out in the world, there's another level of work, and that is promotion.

What are some of the things you do to market your books?

Jenn: I have the general philosophy that I like people to know about my books, but in a low-key way. If you see me at a live event, I’ll hand out bookmarks, but I’m not going to grab you by the lapels and force you to hear a sales pitch. If you come to my website or blog or Twitter bio, you’ll see the books mentioned there, but within the blog and Twitter stream itself, I only mention them occasionally—when something big happens, like a new book comes out, or there’s an award nomination or something.

On social media, I’m there to interact with people. I want to talk about all kinds of things—other people’s books, the writing life in general, hiking, chocolate, weather, whatever. I don’t like to see a constant stream of “buy my book!” on social media, so I don’t do it myself.

I have teamed up with other writers in my area to do group events. I belong to two such groups: the New Jersey Authors Network, founded by Jon Gibbs, and the Kidlit Authors’ Club, founded by Nancy Viau and Keri Mikulski. The KAC is for authors of traditionally-published children’s and teens’ books; we do events at bookstores, libraries, schools, book fairs, conferences, and so forth. The NJAN is for New Jersey-area writers in all genres, and includes self-published and traditionally-published authors; we also do group events, mostly in New Jersey. In addition, the amazing David Levithan has organized a series of wonderful YA readings and an annual teen book festival in New York. I go to those when I can.

I highly recommend working with groups if you do live events. I rarely do solo events anymore, and I do those mostly if a school or library has specifically asked me to talk about my books. For fairs, festivals, readings, and bookstore events, I much prefer to have multiple authors there. Not only is it more fun, but you can have cross-over among your readers, and you have a wider variety of books there to offer. When I was a debut author (initially scheduled for 2009 but bumped to 2010), I joined groups of other debut authors (Debut2009, Tenners, Classes of 2k9 and 2k10), and the mutual support of those groups was invaluable.

Jody: I like your philosophy about social media. I still feel like a newby on Twitter, et al., but I think you're right that the best way to use it is to approach it in terms of a community rather than as a marketplace.

Thanks, Jenn, so much for chatting with me. I'm looking forward to reading The Secret Year and all of your future books. And, readers, if you'd like to check out Jenn and her books (I hope you do!) here are some of the places you can find her:

Email ThisBlogThis!Share to TwitterShare to FacebookShare to Pinterest
Labels: Interviews, Jennifer R. Hubbard, The Secret Year, Try Not to Breathe, YA Outside the Lines