Children's Author Blog Hop: In Which I Reveal What I Am Working on Now (Sorta)

This week I am participating in the Children’s Author Blog Hop. My friend Holly Schindler, the extremely awesome administrator for our group blog, YA Outside the Lines, invited me to be part of this interview hop in which each author answers four questions and then invites three other children’s authors to participate.

Sad truth: I'm not having very much luck with my invitations. YA Writer Colleen Clayton, author of the brilliant and heartbreaking debut novel What Happens Next and Tracy Barrett, much-acclaimed historical fiction writer, are my only takers at the moment. So I am going to promote the heck out of them TIMES 3 (see below) and leave it at that--

because I do love these interview questions.

My book Thin Space is days away from being released but my head's been in another story entirely, and all of the questions relate to that. So, without further ado:

1. What are you working on right now?

The longer answer is that back in 2009, when I was first submitting Thin Space and trying not to get sucked under the waves of despair that accompany the querying process for me, I signed up for NaNoWriMo (short for National Novel Writing Month--where writers pledge to write a novel during the month of November). NaNo is how I'd written the first draft of Thin Space the year before and that had worked out for me, so...

Flash forward to Dec. 1, 2009, and I had another finished 50,000 word manuscript. I use the word "finished" in the very loosest definition of the word.

When you write a book in the floundery, digressing, jumping around, trying-to-figure-out-the-story kind of a way that I write, the real work comes later.


Not to get into too many boring details, but the revision I'm fiddling with now is at least version number four. I wrote three other novels in between and did heavy revisions on Thin Space during this time too. AM I THE ONLY WRITER WHO WORKS THIS WAY?

2. How does it differ from other works in the genre?

Good question. This book, which I'll call "YA Fantasy," is the most complicated thing I've ever tried to write. It's got multiple points of view. It has two major plot lines and extensive back stories that had to be hammered out. There's some stuff from Greek mythology sprinkled around in it. Also, gritty and horrifying environmental disaster elements.

I don't think it's like any book out right now. (This is how weird it is, and this is the thought that sometimes wakes me up in a cold sweat in the middle of the night.) Something I read recently and loved--and I don't in any way assume that my book is even in the same LEAGUE as this--is the brilliant Maggie Steifvater's The Raven Boys. That's also got multiple povs and strands of magical realism and mythology...

4. What is the hardest part about writing?

Here's a fun quote: "I hate writing; I love having written."

Not sure who said it, but it is so damn true some days. Most days. WRITING IS HARD. I don't know why. I mean, you're just sitting there. You're tapping on the keyboard. You're making stuff up. What's hard about that?

And yet every damn day, I have to psych myself up to sit down and open up my file and start tapping. Within minutes I fall into a spell and disappear. This is the magic part of writing that is so difficult to explain. It feels strange and good but also it saps your energy, and when you climb out blearily at the end of the day, you feel like you've run a mental marathon.

Maybe this is what is hard about writing--the intense focus and concentration required, never mind the emotional wringer that often accompanies that bizarre spell-like realm.

I have no idea why I do it. As difficult as it is for me every damn day, I have learned over the years that the days I don't write are much harder than the days I do.

And now here are my shout outs to my writer friends:

Colleen Clayton--
I read Colleen's novel What Happens Next before it came out and had no idea what I was picking up. I immediately loved it. On the surface this is a problem novel--a girl is drugged and date raped--but the book is about so much more than that. 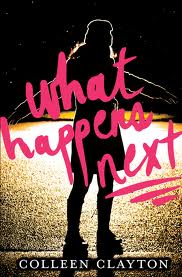 This is every girl's story to come to grips with a tragedy, to make sense of the unthinkable, to emerge on the other side okay. The book's theme is dark but there's humor too and painfully real interactions between friends, between a mother and a daughter, and an unfolding romance between two damaged people who deserve to have love in their lives.

Since I reviewed What Happens Next, Colleen and I struck up a correspondence. She was kind enough to read my book Thin Space and her blurb figures prominently on the first page. We've met since that time--we're both Ohio authors--and she's become a mentor and a friend.

She told me recently that her second novel is finished and I am so looking forward to reading it.

Tracy Barrett
First, I must tell you that Tracy has been pretty much a mentor to me since I met her years ago at a regional SCBWI conference. We struck up a conversation and I invited her to visit the school where I was teaching. My book club students had read her novel Cold in Summer and were thrilled to meet Tracy and ask her questions about the writing and publishing process.

This was actually MY first encounter with a visiting author too, and Tracy's presentation that day and her insightful responses to the kids got me seriously thinking that being a working writer might not be such an impossible/pie in the sky/day dreamy life after all.

Tracy's written 19 (probably more!) books for middle grade and YA readers. Most of these are historical fiction, but some are twists on classic myths. My favorite of these is Dark of the Moon about Theseus and the Minotaur. 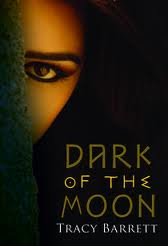 And now Tracy's got several projects in the works that are sure to be awesome: The Icarus Complex, which uses the Icarus myth as a basis for a contemporary story set at a skydiving center, The Stepsister's Tale, a retelling of Cinderella, and Mirror, a twist on Snow White. I am so looking forward to getting my hands on these!