Searching for a Thin Space

We whisper to each other our stories of perfect timing and dumb luck--about frustrating plot holes that are solved after a night's sleep or a hot shower. Book deals that click together right when a struggling writer is about to quit. People who meet at conferences in line at a port-o-potty and end up being long time critique partners/writing soul mates. The book you need for research that appears on a library shelf.

The first three things actually happened to me. The last happened to a writer I know. His first book was set in Japan in the 1890's. His editor loved the story but felt that it could be beefed up with a bit more about the main character's experiences in school. The trouble was that my friend didn't know anything about schools in Japan in the 1890's.

He knew he'd have to do research and he wasn't sure where to start. (This was pre-internet days.) Anyway, he walked into a library, grumbling about the work that lay ahead of him. Wouldn't it be cool if there was a book out there with exactly the information he was looking for?

He looked up, and there on the shelf was a book titled something like: "Schools in Japan in the 1890's." 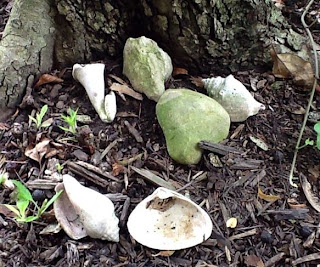 When I was writing my novel Thin Space, I did research on the Celtic idea of thin places, places where the veil between this world and the spiritual world is thinner. I discovered that there really isn't that much information out there--mostly religious or New Age-y websites, some discussion of how the idea of sacred spaces may have evolved over time, yadda yadda druids, blah blah stones.

Remembering my writer friend and his Japanese schools in the 1890's experience, I started thinking how awesome it would be if I found the book I needed. Curious Accounts of the Thin Space is what it would be called. And it would contain interviews with witnesses who had stumbled upon and stumbled into thin spaces...

Since I'd already scrolled around online and browsed in the local library, I took my research quest on the road.

First stop: the Beinecke Rare Book and Manuscript Library at Yale. Because I happened to be on campus and the building is freaking amazing.

Here's the outside of the rare books library. Those "windows" are made of very thin marble so light can get through, but not enough light to damage the 500,000 rare books... 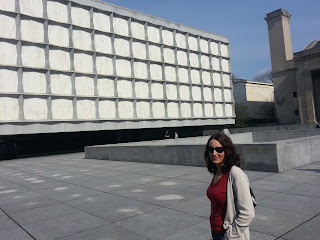 Now I am inside and looking at the marble windows. Directly behind me is a Gutenberg Bible. 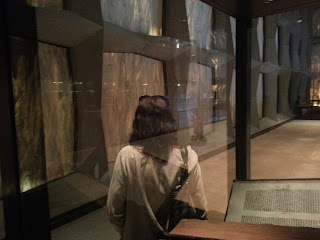 But I was not looking for a Gutenberg Bible. I was looking for a book about thin spaces. I found something that sorta fit the bill... 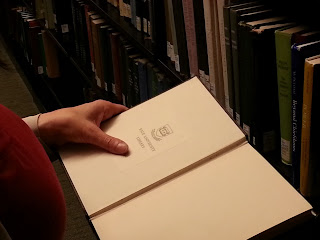 And something else that was even better. Unfortunately, it was out of my reach. So close and yet so far away. 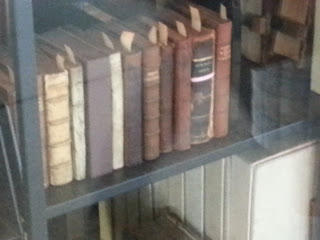 But I TRUSTED the process. And the next day while meandering down a side street in Boston, my daughter and I practically bumped into a rare bookstore. 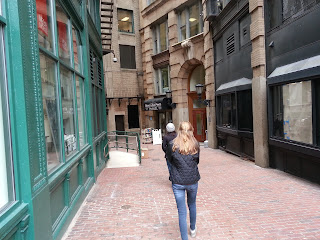 And
that
is
when
I
found
this: 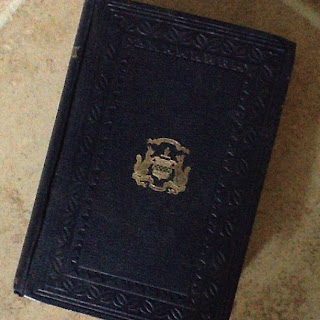 Exactly what I needed, exactly when I needed it.