Bill Thomas on finding a niche in the education market


Jody: What steps did you take that led to the publication of your first book?

Bill: I can describe my “path to publication” with a single word: luck. Really. It was sheer luck. But as Seneca noted, some 2,500 years ago, luck is the intersection of preparation and opportunity.

Jody: So, not sheer luck then. Tell me a bit about the preparation part...

Bill: Well, that was varied. I started out to be an artist, but ended up teaching 5th and 6th grade. I sometimes wrote one-page stories for the kids to enhance math, science, or social studies lessons. Once, I wrote an instructional comic book called "Grok and Rok,” on how to count, add, and subtract in base 5 (using numeric systems other than base 10 was one of the “flavor of the month” math-teaching strategies in the early 1970s). 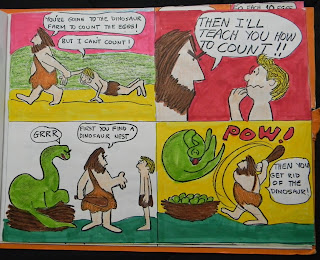 When the school district cut personnel during a budget crisis, that comic book helped me land a job with a company that produced multi-media vocational programs. From there I moved to a technology company where I wrote software documentation, user manuals (great preparation for non-fiction), marketing literature, and advertising copy (great preparation for fiction).

And then came the opportunity. One of my colleagues attended her college class reunion and connected with a former classmate who was now the creative director for an education-market publisher. She brought the guy in for a tour of our company.

When she introduced him to me, he was excited to see a copy of The Baseball Encyclopedia on my cubicle bookshelf. We talked baseball for a while, then writing, and exchanged business cards. A week later, he phoned and asked, “Can you write kids’ books?” I said, “Absolutely. What do you want me to write?” He told me, and after some questions, answers, and a writing sample, I received a contract and a copy of the company’s style manual.

Jody: I like that--the publisher approached you, and you were ready. Your books with them ended up being part of a non-fiction series. How does a book deal in the education market work?

Bill: My contract specified the length of the book, the number and types of illustrations, and, of course, the payment: one-third in advance, one-third upon receipt of the completed manuscript, and the final third when I completed all requested editorial changes.

Jody: How long does it typically take from finished book to publication? And, with your first book, was it all wrinkle free?

Bill: The process was generally pretty smooth. We had a few disagreements over content – the emphasis placed on one topic versus another – but they were resolved without much rancor. The worst issue, for me, was a photograph – one specific picture that I felt absolutely had to be in the book. But the publisher either could not obtain the rights or was unwilling to pay the associated fees. I never did find out which. And I still wish that photo was in the book.

It was roughly a year - three months of writing, nine months of design and production – until I had a copy of the 48-page book in my hands, a biography of Nobel Peace Prize winner Aung San Suu Kyi.

Jody: And this book led to others.

Bill: Yes. More contracts followed. The original publishing house was taken over by another. Some of the editors I’d worked with remained; others went to new companies, so my contacts increased. I’ve now written more than 30 non-fiction books for kids and young adults: biographies, career studies, and history. 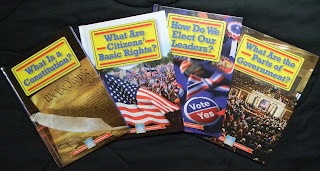 A four-book series on the American government was nominated for an award by the Association of Educational Publishers. It didn’t win (I was robbed!).

Bill: I did, but two years ago, I decided to make the jump into fiction. I’m now working on the third draft of a middle-grade novel. My greatest surprise in making that move was the amount of research required. I figured, “It’s fiction, right? You just make it all up.” Nope. Not even close.

I joined the Society of Children’s Book Writers and Illustrators and began attending meetings of the local chapter. I also visit a “read and get feedback” group of writers in a nearby town.

My biggest boost in the process (so far) was attending a writer’s retreat at the Highlights Foundation in Pennsylvania. The week-long event provided time to write without worrying about life's normal distractions. Two established writers-in-residence provided individual critiques and guidance, along with evening “mini-lectures.” And the chance to interact with other writers, both aspiring and published, was invaluable.

Jody: What's up next for you?

Bill: I want to keep polishing and refining the manuscript of my novel. I will soon create my own website, to establish an on-line presence and, eventually, I will have to find an agent.

My intention is to seek traditional print publication for my novel. That is a long, hard, and uncertain road, I know. But middle-grade kids – my target audience – aren't a significant demographic in the self-pub or electronic marketplaces. At least, not yet! 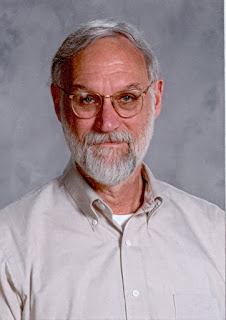 Bill Thomas is the author of more than 30 books for children and young adults. And here's Bill in his own words:

"I went to several colleges over the years. I’m not certain I learned much of value, but I do have a nice collection of degrees. More, really, than anyone needs. A long time ago I served in the Peace Corps, living for three years on a little island in the Pacific Ocean. The experience changed my life. That was followed by decades of monetary servitude. Three years ago I began writing full-time. “Full time” means when I’m not mowing the lawn, shoveling the driveway, cooking meals, getting the oil changed, or attending to other distractions. I live with my wife and her useless cat in Rochester, New York.
Favorite authors: Barbara Kingsolver, Robert B. Parker, Rudyard Kipling
Favorite kids’ authors: Mercer Meyer, Richard Peck, Linda Sue Park
Favorite YA author: Jody Casella
Favorite movie: Casablanca
Favorite artist: John Singer Sargent
Favorite singer: Pete Seeger
Favorite places to be: the Adirondack Mountains; Paris
Favorite quotation: “Compared to writing books, betting on horses seems like a sensible way to make a living.” (John Steinbeck)

What I’d rather be doing: sitting by a campfire sipping Scotch whisky"

Email ThisBlogThis!Share to TwitterShare to FacebookShare to Pinterest
Labels: Bill Thomas, How to Publish a Book 101 Blog Series, Interviews, pathways to publication