I am so excited to be a stop on Holly Schindler's Book Tour, celebrating the release of her middle grade novel The Junction of Sunshine and Lucky. (Great book, by the way. I read it a few weeks ago and the voice of the main character has stayed with me. Highly recommend to the middle grade reader in your life --or you!) Because I have only known Holly as a young adult author, I was curious what it is like for her to switch genres... 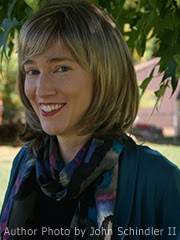 I’ve published two YA novels: A BLUE SO DARK and PLAYING HURT, with Flux, and have two books set to release in ’14: one is another YA (FERAL, HarperCollins), and the other is my first MG (THE JUNCTION OF SUNSHINE AND LUCKY, Dial / Penguin).

At first glance, it does seem as though the biggest switch-up in genres is that MG…but really, every one of my books is a bit of a switch-up: A BLUE SO DARK is a literary problem novel.  PLAYING HURT is a romance.  THE JUNCTION OF SUNSHINE AND LUCKY is a contemporary MG.  FERAL is a psychological thriller. 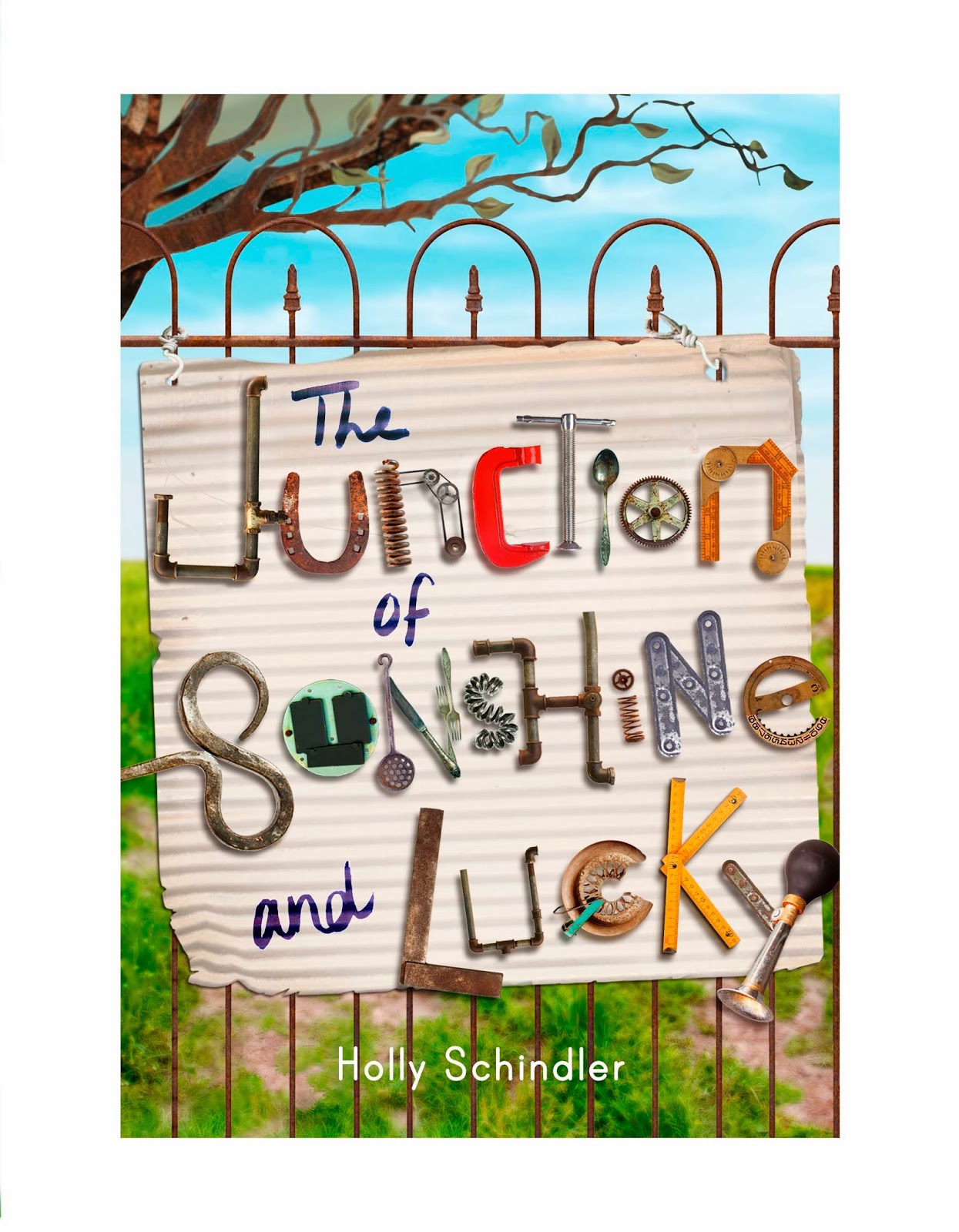 Switching up the genres actually doesn’t feel that awkward to me, though—I figure, even if you’re sticking with the same genre, each book means having to create new conflicts, new characters, a new world…

I don’t think one method is superior (there’s certainly something to be said for “branding” yourself by sticking with one genre, yet there’s something to be said, I feel, for also being diverse enough as an author that you’re able to shift as the market and reading tastes change).  I do think it all has to do with what kind of an authorial voice you have.  Some authors, I think, have a “singer’s” voice, and some have an “actor’s” voice.

What I mean: I think a singing voice is usually pretty firmly rooted in a specific type / genre of music.  Reba McEntire has a country voice.  Even when she’s singing Beyoncé’s “If I Were a Boy,” it comes out as a country song.  Some writers have that kind of authorial voice—no matter what themes or subject they tackle, they gravitate toward tackling it in the same genre.  Say you want to address the intricacies of marriage.  A literary author would crank out a quiet—probably very internal—adult book.  A romance author would perhaps write a steamy love story about a middle-aged woman being torn between a new love and the comfortable, established relationship with her husband.  A YA author would write about the difficulties of teen parents trying to make a go of it as a couple.  An MG author would write from the viewpoint of the child caught between two people who are separating.

Other authors, I think, are more like actors who, in a single year, star in a slapstick comedy followed by a love story followed by a TV drama.  For so many actors, tackling a new character means tackling a movie in a different genre.  But even when an author switches genres, there are still similarities…I grew up on Judy Blume, and whether it was a picture book, a middle grade novel, or the steamy FOREVER, Blume wrote realistic stories.  As a reader, you could count on her to be direct, honest, and utterly real.

In my own work, I tend to gravitate toward lyrical, sometimes poetic writing, regardless of the genre.  In my latest, THE JUNCTION OF SUNSHINE AND LUCKY, my main character, Auggie, speaks in simile—that voice helped me to establish and build her character, as this video explains:


In the end, I think the decision to write (or not to write) in a different genre all comes down to recognizing what kind of authorial voice you have.  Acknowledging and honoring the kind of author you are at heart…

“Beasts of the Southern Wild” meets Because of Winn Dixie in this inspiring story of hope.

Auggie Jones lives with her grandpa Gus, a trash hauler, in a poor part of town.  So when her wealthy classmate’s father starts the House Beautification Committee, it’s homes like Auggie’s that are deemed “in violation.”  But Auggie is determined to prove that there’s more to her—and to her house—than meets the eye.

What starts out as a home renovation project quickly becomes much more as Auggie and her grandpa discover a talent they never knew they had—and redefine a whole town’s perception of beauty, one recycled sculpture at a time.


Holly Schindler’s feel-good story about the power one voice can have will inspire readers to speak from their hearts.

"Axioms like 'One man's trash is another man's treasure' and 'Beauty is in the eye of the beholder' come gracefully to life in Schindler's tale about the value of hard work and the power of community…Auggie's enthusiasm and unbridled creativity are infectious, and likeminded readers will envy her creative partnership with [her grandfather] Gus." – Publishers Weekly

Site for young readers: Holly Schindler’s Middles - hollyschindlermiddles.weebly.com. I’m especially excited about this site.  I adored getting to interact with the YA readership online—usually through Twitter or FB.  But I had to create a site where I could interact with the MG readership.  I’m devoting a page on the site to reviews from young readers themselves!  Be sure to send your young reader’s review through the Contact Me page.

THE JUNCTION OF SUNSHINE AND LUCKY Trailer:

And tune in to the next stop of the tour here: Bildungsroman

Email ThisBlogThis!Share to TwitterShare to FacebookShare to Pinterest
Labels: book tours, Holly Schindler, The Junction of Sunshine and Lucky