The other day I hefted five boxes out of my son's room and mailed them to him in California.

Before I hefted the boxes out of the room, I thumbed through the things left behind--the books on the bookshelves, the plastic bag on the floor filled with lacrosse balls, the rumpled viola sheet music on the desk, the closet, now empty, except for a pair of old soccer cleats.

After I mailed the boxes, I came home and wandered around for a while feeling weepy and silly over feeling weepy because it's not like I didn't know my son was leaving. And anyway, he's happy and I'm happy for him and tra la la.

When my son was packing up the boxes a few weeks earlier, I didn't help him, except to offer garbage bags, in case he wanted to chuck anything in the trash, and a box for Goodwill, in case he wanted to donate anything to Goodwill. I told him he didn't have to make up his mind about anything if he didn't want to. If there was stuff he wasn't sure about, stuff he might want to hold onto, but didn't feel like packing, he could feel free to leave it at our house.

It's not like his room was going anywhere, I told him.

Which made me wonder if the books left behind and the lacrosse balls and the viola sheet music and the soccer cleats fell into the category of stuff to hold onto for later. Or not.

It's hard to guess the things that matter to people, even people you know well.

When I was packing up the things in my own childhood bedroom a million years ago, I didn't feel a particular attachment to much of it.

I was going away to college 1250 miles away, flying there. So packing space was limited. What I was most worried about were clothes. I didn't have a lot, at least anything that felt fashionable (whatever that was). I'd gone to Catholic schools and had worn uniforms for most of my life. Also, I lived in Connecticut and owned a lot of winter-y related stuff and my college was in Memphis and I suspected I wouldn't need many sweaters and long sleeved blouses, the bulk of my meager wardrobe.

My stereo system. My albums. The much-played Van Halen and Pink Floyd and Led Zeppelin, and the Journey Escape record that I'd won at the county fair.

My two shelves of books, my prized collection of Trixie Belden books, the complete set of sixteen, the books an aunt had given me when I was a child, two or three a year, on birthdays and at Christmas, the books I'd read over and over, from number one Secret of the Mansion to number sixteen The Mystery of the Missing Heiress, the books that deposited me safely out of my childhood for a blessed few hours here and there.

The day before I flew away to Memphis, I hefted a trunk over to that same aunt's house. Inside the trunk were all of my journals and diaries, every story I'd ever written and two novel manuscripts, photos and mementos.

Let's just say that after my sophomore year I never went home again except to visit. Somewhere along the way, all of the things I left behind in my childhood bedroom disappeared. The pillow. The albums. The books.

When I graduated from college, my aunt drove from Connecticut to Memphis to attend the ceremony. Inside the car she'd packed the trunk of my stories. She gave them to me, and then she surprised me by giving me the car too.

How do you even begin to express gratitude for gifts like these? 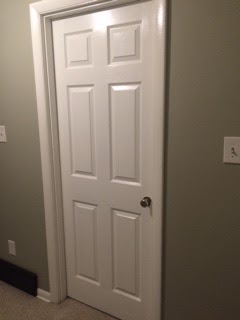 The other day my husband suggested we turn our son's room into a guest room.

Let's wait a little while, I said.