An Interview with Mindy McGinnis

I’m thrilled to have award-winning YA writer Mindy McGinnis On the Verge this week. Mindy, if you haven’t read her yet, (and if you haven’t, I’m not sure why!) is the prolific genre-bending author of the dystopian Not a Drop to Drink, the gothic historical A Madness So Discreet (which won the Edgar Award), and the dark contemporary The Female of the Species, (hands down, one of the best books I read last year). 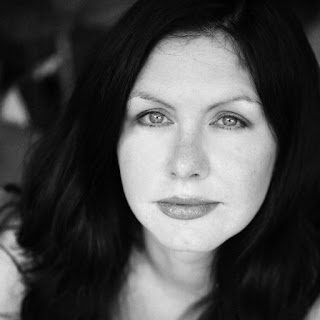 And now she’s got a new book out, the fantasy Given to the Sea. Last weekend Mindy and I caught up at the Ohioana Book Festival and I had the chance to ask her all of my burning questions.

Jody: On a recent panel you talked about where your ideas come from. Not a Drop to Drink you had an image of a girl holding a gun and A Madness So Discreet started with your interest in the old insane asylum in Athens, Ohio. I’m curious about your new book—which is the first fantasy you’ve written—about the inhabitants of a dying island world.

Mindy: In a lot of ways Given to the Sea is a montage of many different thoughts that have come to me over a period of fifteen or twenty years. 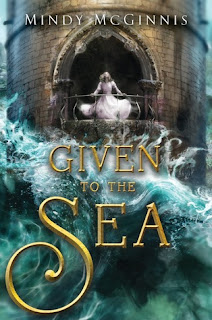 The first scene that ever occurred to me was a star-crossed lovers type of situation, with an Ivanhoe-esque turn with the female refusing to cave to her own desires to be with the male, to the point that she's willing to pitch herself from a window to save her pride. That scene doesn't actually exist in the book now, but it planted the seed that told me I wanted to write a fantasy.

A combination of many things came together for everything else: an interest in Huntington's disease (also called the "dancing sickness"), the idea of genetic memory, and rising sea levels.

Jody: It just occurred to me that the rising sea level idea is the flip side of your first book. Not A Drop to Drink was a world with no water, and here, with this new book, you’ve got a world with too much water… Was the process for writing these books the same?

Mindy: My process is always the same. I sit down and write the book.

Jody: You make it sound easy.

Mindy. Not easy, but you just do it. With this book I thought I had all kinds of freedom because I was building a fantasy world.

Jody: So, you're thinking anything goes...

Mindy: Except it doesn’t. You have to keep track of your own rules that you're making, because you made them in the first place.

Jody: And sometimes you write yourself into a corner. What do you do when that happens? Any tricks you can share?

Mindy: I think a lot while I'm driving. I live in the middle of nowhere so if I'm on my way to an event I've usually got at least an hour each way, and the drive might give me some room to sort things out.

Jody: You've recently started writing full time. Has that changed how you write?

Mindy: It's harder to make myself write. Before I was on a very tight timetable. If I had twenty free minutes, then I needed to crack out some words. Now, I've got all day... and I know it. I'm learning how to budget my time better, which is weirdly harder when you have more of it.

Jody: What kinds of scenes or stories do love writing most and least?

Mindy: I love writing biting dialogue, insults, stuff like that. Least, action scenes. Writing a battle scene and trying to keep it as "realistic" as possible while still making it thrilling and fun is challenging.

Mindy: That, and a definite layer of grit and realism overlying everything. That's my approach with any genre. If this WERE going to happen, how would it unfold? No drama. No fuss. Just, give this thing some room and see what happens. Usually nothing good, because it's a McGinnis. :)

Jody: This is on a totally different note, but I know you've launched a podcast recently. What got you interested in that?

Mindy: I started listening to podcasts while I was running, and I started on the high end of production value - Serial, This American Life, Cracked, etc. I burned through those and started listening to others that were suggested to me and, most of the time, was not impressed. I thought to myself, "I could do better than that." Then I thought I should put my money where my mouth was.

So I did, literally. It's a time investment for me, since one of my biggest complaints about other podcasts was that they needed heavy editing (lots of filler, dead space, inside jokes, side rants).

Jody: And your podcast doesn’t--

Mindy: I don't make my listeners listen to anything I wouldn't want to hear.

Mindy:  For hosting and distribution. I'm hoping to at least break even with it, if not make it financially productive, by the end of one year (I paid for one year of hosting up front). If it's not lifting its own weight by then, I'll have to pull the plug. At the moment I spend more time on the podcast than I do on my writing, which economically makes zero sense.

Jody: True. But hey, what does make sense in this business?

*(Check out one of Mindy's podcasts Here)

Okay, time for the lightning round. What kinds of things do you do for fun?

Mindy: Oh, God. I'm such a geek. Genealogy. Seriously. I found an ancestor (female) that I'd been looking for for ten years a few weeks ago and I almost cried. I also love old cemeteries and will just stop the car and go visit one if I see one that looks interesting to me.

Jody: What's up next for you?

Mindy: Given to the Sea will have a sequel (it's a duology) in the Spring of 2018, titled Given to the Earth. I have another contemporary, This Darkness Mine coming October 10th of 2017 from Katherine Tegen Books.

Right now I'm working on a story I'm mentally referring to as "Drunk Hatchet With A Girl," about a teen lost in the Appalachian region.

I'm sure marketing will retitle that.

Jody: Probably. But wouldn't it be awesome if they didn't? Hey Mindy, thanks so much for chatting with me today! And dear readers, if you'd like to know more about the dark and brilliant mind of Mindy McGinnis, see below:

Mindy McGinnis is an Edgar Award-winning author and assistant teen librarian who lives in Ohio. She graduated from Otterbein University with a degree in English Literature and Religion, and sees nothing wrong with owning nine cats. Two dogs balance things out nicely.

Where to find her books:
Indiebound
Barnes & Noble
Amazon

Email ThisBlogThis!Share to TwitterShare to FacebookShare to Pinterest
Labels: Given to the Sea, Interviews, Mindy McGinnis