Nearing the end of a book

makes you believe in magic

how everything falls into place, all of those seemingly unrelated plot strands that meandered off in different directions, now twisting together, tightening, building toward the climax

now everything gathering speed, words spilling out almost faster than you can catch them, flashes of dialogue in the shower, an answer to a plot hole as you round the corner on a walk with the dog, and how perfectly serendipitous it is when you remember

that time when you were twelve, and you and your best friend made up a silly song and it had multiple verses and a chorus and hand motions and an accompanying dance, and you haven't thought of that song or that friend in years, but it turns out that how you felt that day when you sang it with her

is exactly the feeling you are trying to capture in the scene you are writing now.

And how weirdly serendipitous it is, when you switch on the radio and there's an old interview with Mr. Rogers playing (yes, Mr. Rogers of all people, who isn't even alive anymore) but here he is talking about childhood worries, and something he says makes you say Aha!

because basically it sums up your entire book, and now you remember why you wanted to write the book in the first place, something you forgot over the last six months when you were deep in the weeds of the thing and didn't know if you'd ever find your way out,

but you should've known you would, because you always do, when you're nearing the end of a book, wherever the book may go later, sold or unsold, read or unread, 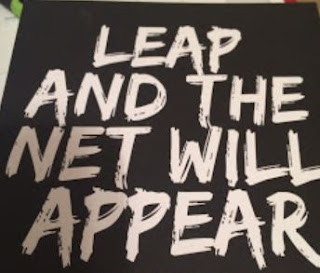 and that is why nearing the end of a book is magic.