March 13, the day we shut down in Ohio because of the global pandemic, I recorded in my planner the number of Covid 19 cases in the state and in the country.

And then, I just kept doing that, the squares on my planner, which used to have how many pages I'd written each day or how many words, appointments, meet-ups with friends at restaurants, writing workshops I was teaching, school visits-- became an exponentially increasing list of virus cases, a catalog of deaths. I don't know why I felt compelled to do this, but once I started, I couldn't stop. I wanted to know. I wanted to see it, this slow-moving tragedy, distilled down to numbers. 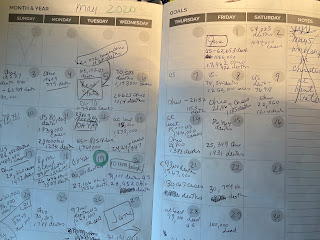 And the numbers quickly became horrifying. I remember back in the spring hearing the president brag about how he'd saved the country from 2 million deaths, and now, because of him, we'd only have one hundred or two hundred thousand. The day he said this, March 30, 2020, I wrote in my planner:

so, 100,000, the lowball number that he was bragging about (remember, at the time, he was saying "it will all go away by Easter") was incomprehensible to me.

For the record, we reached that number less than two months later on May 29.

I read somewhere that when we hear about mass death, humans tend to go numb. Show us the picture of one dead child, the toddler in the firefighter's arms the day of the Oklahoma City Bombing, for example, the bloodied body of that one precious little girl, and we are gut-punched by horror and grief.

tell us 500,000 people were murdered in Rwanda that same year

tell us that yesterday alone in the United States of America 2,624 people died of Covid,

and while we feel awful, of course, our minds can't seem to handle what that means, each number a person, precious and individual.

Instead I am reading stories about the people who died. I'm following a project put together by my writer and artist friend Josey Goggin. She calls it the Art of Death and each day she paints a watercolor picture of one American who died of Covid on a page in the soon-to-be-former president's book The Art of the Deal.

Follow along with her project here --if you want to stop thinking about numbers and remember the human being who is behind each one. 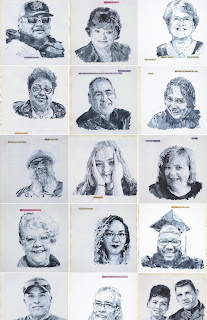 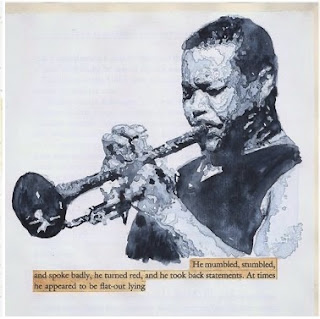