Last month I wrote about my own first feeble attempt at publishing a book. Now I'm interviewing other writers on their SUCCESSFUL pathways to publication--from self-published to traditional, debut writers to a writer who's published 130 books, and everything in between.

Marcia Thornton Jones, author/co-author of 130 books for children, on the phenomenal growth and change in the children's book publishing industry over the past twenty five years.

Marcia: Researching was important when I first started publishing. Targeting publishers, writing query letters and proposals, formatting manuscript: all that was new to me. I did everything I could to learn more. I went to conferences, started a critique group, read books and magazines, and joined SCBWI. For each manuscript I kept a list of possible publishers. Then I submitted, exclusively. I tried to be good and follow the rules. Really I did.

But it’s interesting to note that my first book, Vampires Don't Wear Polka Dots was sent unsolicited to a publisher that at the time did not accept unsolicited manuscripts. And they bought it. 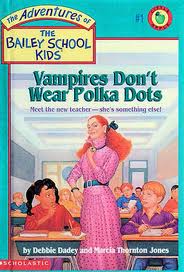 Jody: How long did it take from finished book to publication? Any setbacks along the way?

Marcia: That first book took about 18 months from acceptance to published book. No setbacks. If there were any wrinkles I wouldn’t have stumbled over them because I was floating on cloud nine the entire time.

Jody: You didn't mention signing with an agent. You snagged the book deal and negotiated the contract on your own?

Marcia: I do have an agent. Now. I didn’t for a long time, though. In fact, most of my books I published before getting an agent.

For a long time I continued teaching full time while writing books—sometimes as many as 12 in one year. There came a time when I got another multi-book contract and I decided it might be time to ask an agent to step in and help relieve some of the marketing and negotiating duties. 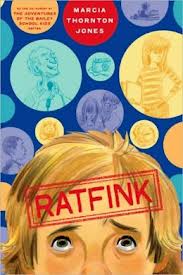 I used multiple resources to locate reputable agents of children’s books, but the most important to me were word-of-mouth recommendations by other writers and a couple of my editors.

Basically, I want my agent to be a first reader to my book: to assess if it has market potential or to determine if it needs more work. Once my manuscript is ready, I expect my agent to target my book to the most appropriate publishers and editors. In other words, find the perfect person to buy my book. Finally, I want my agent to negotiate the best possible terms for contracts.

Jody: You've been doing this for a long time...

Marcia: It makes me feel old to admit it, but yes. A long time. My first book will be celebrating it’s 25th anniversary soon! Things have changed since then. A lot!

I’ve published 130 books; all of them traditionally. Terms varied depending on the book, the series, and the publisher. Individual contracts were negotiated with different advances and royalty terms. (An advance is an advance on the royalties--money paid up front before the book hits the market, which means no more money is paid until the book sales earn off that advance.)

Jody: Tell me a little about what happens after a deal is signed. Did you have to do any revisions?

Marcia: I’ve had to edit/revise all of my books except one. Some books required minor editorial tweaking. Others required major rewrites. Every editor I worked with has been respectful of my writing, yet frank about changes that need to be made. Most suggestions I had no problem with since I figure editors have knowledge and insight to what is good and what sells. Only a few suggestions did I either compromise on or outright refuse. 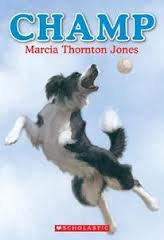 Jody: We haven't talked about the marketing aspect yet. I'm guessing you've done a lot to promote your books.

Marcia: Oh yeah. I’ve done cross-country tours, book signings, radio and television interviews, school visits, and <a-hem> blog interviews. I enjoy all of it, but the problem with author marketing is that as an individual writer I’m limited to how many readers I can actually reach.

Jody: What do you mean?

I have friends that have e-published, and they spend a lot of time and money trying to get their books noticed. Emphasis on ‘a lot’. There are two problems with that. First, time spent marketing is time away from writing. There needs to be a better balance than what I’m seeing.

The second problem is money. Investing chunks of money up front and spending more than you make borders on vanity publishing--which is fine if your primary objective is to have the opportunity to be read. But if writing is your primary source of income then it only makes sense to consider the concept of the return on the investment.

The bottom line: getting your book noticed is a major issue, and right now traditional publishers still have the loudest voice when it comes to getting the word out.

Jody: Do you see other benefits to working with a traditional publisher?

Marcia: Well, I mentioned before about revisions. With a traditional publisher you know your book is going to go through editorial revisions and copy-editing before it reaches the public. That means, bluntly, that it’s gone through a process to ensure a professional quality level. I know there are some really good self-published books out there, but buyers/readers also have to be aware that if anyone can throw a book up to the cloud, chances are you might be buying books that could’ve benefited from going through editorial vetting.

Jody: Some of these writers hire editors.

Marcia: That's true. And necessary. It also costs you, the writer, money up front. I’ve heard of people making a million by e-publishing. Sounds really really tempting. But it’s rather like buying that winning lottery ticket. Most of us probably aren’t going to win the lottery, just like most of us probably aren’t going to make a million by self-publishing. That’s why signing a traditional contract that includes an advance is nice.

Jody: As someone who has been in this business for twenty-five years, any thoughts on the future of publishing or what's going in the industry, as far as mergers, e-books, bookstore closings, etc., go? Do you see any of these issues as affecting you now, or in the future?

Marcia: More and more people are e-publishing. Publishers are tiptoeing into that format. My agency now has a person dedicated to e-book publication. All while selling a book to traditional publishers is harder than ever.

But I’ll be frank. I have several books that my agent once-upon-a-time thought were marketable and yet they haven’t sold. Do I shove them in a drawer and chalk them up to experience? And within the last year, several of my books have gone out of print. Should I file the reversion-of-rights letters and forget about them?

Since all these books have been vetted for quality and have gone through editorial revisions I feel confident that they’re ‘good enough’ for publication so, yeah, I will e-publish some of them. Better to have tried than not, right? But what I would like to see is a process by which e-books are vetted for quality, along with time and cost-effective ways to help writers market their work.

Jody: But you're not giving up on traditional publishing?

Marcia: No. I still hope for traditional publisher contracts. But in the meantime…if you know of anyone looking to hire a slightly used children’s book writer…

Marcia Thornton Jones is a former elementary school teacher and the author or co-author of 130 books for children, including the beloved Adventures of the Bailey School Kids series, Ratfink, and Champ.

You can find out more about Marcia on her website www.marciatjones.com

Email ThisBlogThis!Share to TwitterShare to FacebookShare to Pinterest
Labels: Adventures of the Bailey School Kids, How to Publish a Book 101 Blog Series, Interviews, Marcia Thornton Jones, pathways to publication