Kim Edwards, author of the New York Times Best Sellers The Memory Keeper's Daughter and The Lake of Dreams, on working with agents and editors

Kim: I had an agent based on several stories I’d published and a few literary awards I’d won, so when I was ready to send a book out to publishers, I went to her.

Jody: How long did it take from finished book to publication? Was all this wrinkle free? Or were there setbacks along the way?

Kim: My first book, The Secrets of a Fire King, was a collection of short stories, many of which had been published and won national awards.  Still, my agent warned me it would be hard to place a book of stories, and she was right.  I got lots of lovely and thoughtful rejection letters about that book, and had all but given up on placing it without a novel to sell with it.

Then, about three months later, an editor called from Norton—she had been on maternity leave and was just getting caught up.  She loved my stories and offered to publish them, and the book came out less than a year later. 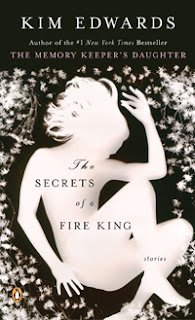 My first novel, The Memory Keeper's Daughter, on the other hand, sold very quickly.  In that case, my editor had a backlog and there was more editing to do, so it was just under two years between the sale and the publication. 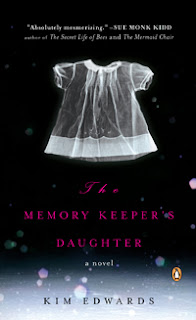 Jody: You mentioned that you had an agent. How did you go about getting her? What does she do for you?

Kim: I’ve had the same agent for over two decades now.  She was recommended to me by a former teacher—at the time, my agent was just starting out and was accepting new clients, so it was a good match for me, since I was just beginning and had only a few stories to send her.  While this path worked out well for me, I also find a lot of wisdom in something another writer once said to me, which is that finding an agent is a lot like dating—it often takes some time to find the person who is the right fit for your work.

It’s also important to know that agents don’t charge money to you for reading or representing your work.  They earn a living on commissions made when they sell you book to a publisher, usually 15% of the sale.

Jody: Explain a little about your book deals. Did you get an advance?

Kim: I've been published by Norton, Picador, Viking, and Penguin.  I was given an advance in all three cases—essentially, an advance is money the publisher gives an author up front in anticipation of sales to come.  Once the book is published, the royalties from each sale go to pay off the advance, and once that’s done, they come to the author.  In other words, if you had an advance of $100.00 and you earned a royalty of $1.00 a book, then you’d have to sell 100 books to pay off the advance.

Jody: What's your experience been like working with editors?

Kim: I’ve admired an appreciated all my editors, even if I haven’t always agreed with them.  In each case, the editing of the book was a dialogue where they raised questions about the narrative and characters and asked me to consider adding or deleting moments or scenes in order to make the story reach its full potential.

Jody: I like that--a dialogue. I know that some new writers (confession: I was one of these) think that editors swoop in and fix things for you...

Kim: No, but even when I didn’t agree with their specific suggestions, I always took seriously and was careful to address the source of their concerns.  All my editors have made my books better—deeper and richer—as a result of our conversations.  While I was writing The Lake of Dreams there were editorial changes at my publishing house, so I ended up working with three fantastic editors over time--a great experience. 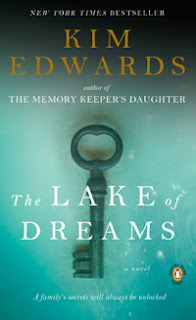 Jody: What about marketing and publicity? How much are you expected to do to promote your work?

Kim: My publishers know the marketing world and how to get the word out about a book.  They’re very good at it.  Increasingly, however, more and more falls to me as the author—I’m expected to have and maintain a website, www.kimedwardsbooks.com to communicate on facebook, to write guest blogs and do interviews and speaking engagements, all of which they set up.  It’s possible to be very pro-active in doing your own publicity these days, and it’s up to each author to decide how far to go.  I don’t tweet, for instance, though many authors do.

Jody: Any thoughts on the future of publishing or what's going in the industry, as far as mergers, e-books, bookstore closings, etc., go?

Kim: I think we’re in a time of tremendous change, as significant as the invention of the printing press.  We’re in the middle of this change, so it’s hard to see what the future holds exactly.  I hope there will always be books and bookstores, because I love holding a book in my hand.  Those commercials with children climbing trees with their kindles make me laugh—you can’t charge a kindle in a tree, and if it falls it’s not going to have as soft a landing as a paperback.

All the same, e-books are a reality and fast gaining market share.  I sometimes read them while I’m traveling or on vacation.  I’m trying to stay well-educated and open in a rapidly changing world. 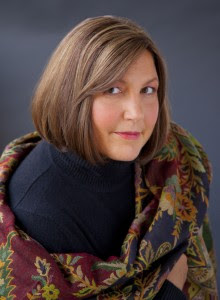 Kim Edwards is the author of The Secrets of a Fire King, a finalist for the PEN/Hemingway Award and The Memory Keeper’s Daughter, which spent 122 weeks on the New York Times Best Seller list. Her new novel, The Lake of Dreams, an Independent Booksellers pick, has already been published in sixteen countries and has been a best seller in the USA, Canada, Australia, Italy, Brazil, and India.

Email ThisBlogThis!Share to TwitterShare to FacebookShare to Pinterest
Labels: How to Publish a Book 101 Blog Series, Interviews, Kim Edwards, pathways to publication, The Lake of Dreams, The Memory Keeper's Daughter, The Secrets of a Fire King