Jody: You wrote a book that you felt was worthy of publication, what was your next step?

Donna: Actually, my path was a little different in that I didn’t write the book until someone asked me to.  After I wrote ISABEL, a book to be used as bibliotherapy in our region after the trauma of Hurricane Isabel, I was invited to do a book signing in Asheville.  Unbeknownst to me, Hurricane Isabel had not only had a massive impact on our coastal region, it had provoked major flooding in the mountains.  We have great friends in Asheville, so I went.

As a result of that book signing, I became acquainted with a person on staff at the Grove Park Inn.  They had been tossing around the idea of doing a children’s book based on a true story (one of the Roosevelt children had lost a teddy bear, Major Bear, in the Grove Park Inn and it wasn’t found for many years).   I said I would love to put together a proposal, and off it went.

Long story short, I had a series of brainstorming sessions with the board and CEO, and then I wrote the book.  It went through a series of changes, edits, etc. for about five months  until everyone was happy.  The illustrations were beautifully done by the same friend and artist who had illustrated ISABEL.  Her editing process was similar to mine.

Jody: How long did it take from finished book to publication?

Donna: I don’t quite remember, but I think it was about a year.  Maybe a little less.

Jody: Did you have an agent?

Donna: When we were in the process of the proposal, etc., one of the people making the decision knew my friend, who is a local dentist.  She put in a good word, so I called her my agent.  But no, I didn’t have an actual agent at the time.

Jody: Explain a little about your book deal.

Donna: When we were in the proposal process, I wrote up two possibilities.  In one scenario, the illustrator and I got a cut of everything forever.  In the second scenario, they paid us very well up front, and we released the rights.  (Except the illustrator sold each of her originals and their rights individually later) 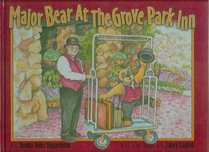 Grove Park Inn used their graphic design team to design the lay-out of the book, and they did a great job.  They had a giant costume made (by same people that make Disney costumes) of the main character, and they have a ‘room’ in the inn that is Major Bear’s room that children can visit.   Children’s menu items correspond with Major Bear.

Jody: And that book is still being sold in the Grove Park Inn gift shop?

Donna: Yes, and they sell coloring books, stuffed bears of various sizes, pencils, t-shirts, tote bags, you name it.  Also, every year at Christmas, Major Bear hosts a family Christmas party at the Grove Park Inn.  Sometimes I come and do a reading of the book and sign books for people, but I was only obligated to do it the first year.  Any additional times, they have paid me and given me a room at the Grove Park Inn during my stay.  If you have ever been to the Grove Park Inn, you understand that it was a treat to go there and work.  It’s a gorgeous place.

Jody: That sounds like a nice deal--how it came together for you, and then, the perks, like getting to stay at the inn. What's next for you, as far as publication?

Donna: I enjoyed this project very much, but I still aim to go the traditional route with my picture books.  That experience was unique (and profitable), but I haven’t sought out other opportunities to do the same thing.  (Although maybe I should. I know that Grove Park Inn has sold thousands of those books... 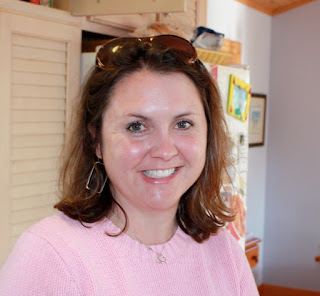 Donna Koppelman's stories have appeared in Pockets and Shine Brightly. She has a masters in Education and is presently working on an MFA in Children's Fiction at Hamline University.

Email ThisBlogThis!Share to TwitterShare to FacebookShare to Pinterest
Labels: Donna Koppelman, How to Publish a Book 101 Blog Series, Interviews, Isabel, Major Bear at the Grove Park Inn, pathways to publication