Steve:  My first book, a biography of a well-known Kentuckian named Tim Farmer, started out as a magazine article. In 2005, someone approached me about extending the article into a full-scale biography on Tim, who overcame a debilitating injury to his right arm to host his own outdoors TV program.  The person who approached me offered to fund the publishing of the book through a respected self-publisher in Kentucky. At that point I'd been attending book fairs and talking to as many people as possible about the business of writing and publishing books.  The publisher liked me, but was not interested in most of the topics I suggested for books.  When I offered the Tim Farmer story, however, they got real excited because of the high marketability possibilities. 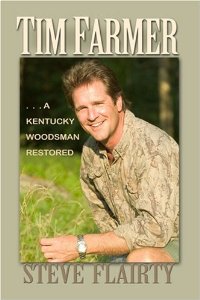 Jody: How does a deal like that work--when it comes to money? Did you have to pay anything up front?

Steve: My “benefactor” worked out the finances with the publisher, as well as paying me for expenses and a stipend for my work.  He offered royalties, too, that increased in proportion to the sales.  For me, it was not enough money to get rich but certainly a way to make a splash into the book world.

Jody: Is that how it worked with your other books too?

Steve: No. The next four, all in a series called Kentucky’s Everyday Heroes, are published by a small, but respected one-person local publisher. I knew him and had done a magazine article about his work.  In seeking advice about the possibility for the series, I was surprised that he ASKED if he could be my publisher.  It’s worked well.  I procured my own editor.  The publisher offers to pay royalties on books he sells, but it is much better for me to buy the books at a good price from him and sell on my own, actually something I kind of enjoy.  With each of the publishers, it has taken three to five months from the time documents (manuscripts and pics) were sent until the book was released for sales. 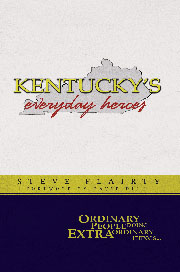 Jody: What kind of marketing and publicity do you have to do when you're working with a small, local publisher?

Steve: Most of it! With the first book, Tim Farmer: A Kentucky Woodsman Restored, it helped that Tim had a built-in fan base in the area. Still, I did lots of one-to-one promotion.

Jody: What do you mean by one-to-one?

Steve: I constantly network—or simply put, talk to others and develop relationships with those around the writing world. I go to book fairs, and also cultivate relationships with those for whom I’ve written magazine articles.  I gain knowledge, and by doing so, learn what is really important for time emphasis.  My advice would be to treat others well, even “pay forward” in helping other writers, and it should be a daily activity.

Jody: Do you have an agent?

Steve: Since my market area is mostly Kentucky, I am content to work with local publishers who know the state’s people, and I don’t see a need for an agent.  Again, personal “good faith” networking is a must.  I like to be part of a “family literary” model, knowing that I may never make the big bucks as a result.  That’s OK--I wasn’t thinking of getting rich anyway.

As an added note, a great number of my books are sold at speaking engagements I do all around the state.  I promote my availability as a speaker almost as much as the books I write.  A “captive audience” and stories directly from the book are helpful, obviously.  Getting out and around also helps me find more stories to share.

Steve: Though I much prefer the feel of a regular book copy in my hands, the trend seems to be toward e-books and online communication.  I am already talking to a couple of friends who are heading in that direction.  I likely will give it a try also. 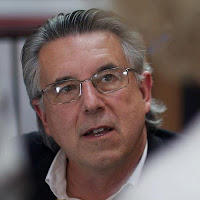 Steve Flairty is a lifelong Kentuckian, teacher, public speaker and author of five books: a biography of Kentucky Afield host Tim Farmer and four in the Kentucky’s Everyday Heroes series. All of Steve’s books are available around the state or from the author. Steve is a senior correspondent for Kentucky Monthly as well as a weekly KyForward contributor. Watch his KyForward columns for excerpts from his books.