Jody: You wrote a book that you felt was worthy of publication, what was your next step?

Leigh Ann: I wrote One and revised it twice with critique partners, signed with an agent for it, and went on one round of submission with it (all passes.) The passes from editors were widely varied, meaning that if I was going to revise the book I’d have to “revise blind” – change a large aspect of the book without knowing whether I was changing the RIGHT aspect.

I had no idea why editors didn’t like One, but I did know that almost everyone who had read it raved over it – including my agent. I took it as a sign that the book was solid, just not a good fit for a big house. I decided I could publish it myself, and make it just as awesome as it would have been coming from any of them. 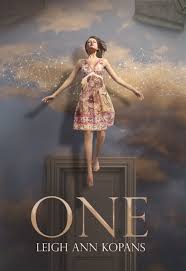 Jody: How long did it take from finished book to publication?

Leigh Ann: About one year and nine months.

Jody: You mentioned that you signed with an agent.

Leigh Ann: Yes, I did sign with an agent for One, but I chose to end our contract when she made it clear that she was not interested in being an agent to a non-traditionally publishing client.

Jody: I'm interested in how self-publishing works--how it's different from traditional and what aspects are similar. Let's start with the money... Were there any upfront costs?

Leigh Ann: Ooooh, the money question! I’m so glad you asked! I hired/enlisted LOTS of people to help with the production of One (three of the following graciously offered their services free of charge. I paid everyone else.) Here’s the lineup I had: Line editor, copy editor, proofreader, cover designer, e-formatter, 3 marketing artists, book trailer designer, and publicist.

Jody: So, basically what a traditional house would provide. I guess some writers might try to handle some of these things themselves, but you hired people to do it. And I must tell you here that your book cover is stunning.

Leigh Ann: Thanks. Yes, I knew the importance of hiring people. Luckily, I had a mentor (Trisha Leigh) who had done the whole thing already and was around to give me a heads up as to the professionals I would need (all those listed above) and those I could get along without (a print formatter and distribution service, for instance- I could do those things myself.)

So, once I have all the files (print and digital) perfectly polished, I just upload them to wherever I want to sell them, and to my print-on-demand platform.  That’s about it!

My total to hire all these professionals, plus anti-piracy services, and printing and shipping paper ARCs and other marketing materials, was just over $2000. (Yes, two thousand dollars.)

Jody: That sounds reasonable. And you seem happy about your decision to strike out on your own.

Leigh Ann: I am. The benefits of taking the indie route all boil down to one thing, to me – control. I can make the decisions as to what is best for my book, and implement those as I see fit. I can set my own budget, release dates, and prices. I can do whatever I want in terms of marketing - For instance, I ordered an initial run of 30 ARCs. When I ran out of those, I just printed some more.

I recruited a pretty large street team, and I could also really think outside the box in terms of teasers and giveaways. Artistically, I could edit (or not) as I wanted, and I had a VERY heavy hand in how the cover turned out.

Most importantly, at least for me, is that I can write whatever I want next. If I want to do a sequel, or a spin off, or three novellas all in the same universe, I can – with every intention of those being published, too. The Indie route has done wonders for my creativity and enthusiasm, because I’m writing what I want to write, not what I think has the best chance of selling.

I want to mention that I've been doing a Publishing 101 series too on my blog. Here's a link if readers are interested in learning more details about the self-publishing process.

Leigh Ann: Oh, gosh. The only things I know are the things I hear anecdotally, but I do get the impression that fewer books are selling traditionally and more are finding success through self publishing than ever before. For my part, I don’t see myself ever pursuing traditional publishing again. There’s so much about not asking anyone’s permission to do something and so much potential for success that I’m very, very happy with my decision. 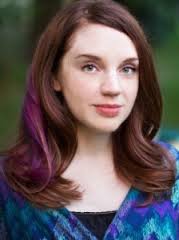 Leigh Ann Kopans lives in Columbus, Ohio and is a rabbi at The Ohio State University. Her debut YA novel One, forthcoming June 11, is about a girl with only half a superpower, the boy who makes her fly, and her struggle to make herself whole.

You can find out more about Leigh Ann on her website www.LeighAnnKopans.com

Email ThisBlogThis!Share to TwitterShare to FacebookShare to Pinterest
Labels: How to Publish a Book 101 Blog Series, Interviews, Leigh Ann Kopans, One, pathways to publication