Shannon: When I first started out, I had this vague notion that I wanted to write a children’s book, but I didn’t really know what that entailed. After two years of subbing picture book manuscripts and accumulating a pile of rejections, I took a correspondence class through the Institute of Children’s Literature. My instructor at ICL suggested I join the Society for Children’s Book Writers and Illustrators. Through SCBWI and ICL, I gained a wealth of knowledge.

It took me about ten years of working on craft before I was offered a publishing contract. In hindsight, it didn’t have to take that long, but in the beginning; I didn’t realize how much hard work goes into a publishable manuscript. Because I underestimated how stiff the competition is, I didn’t work nearly hard enough.

Jody: That's a lot of work behind the scenes and leading up to writing a publishable book. Was it smooth sailing from that point on?

Shannon: Not exactly. I started work on The Ballad of Jessie Pearl in late 2009 and completed the first draft in about six months. Many drafts later, I acquired an agent, but she couldn’t sell the manuscript. Most of the feedback we received went something like this: “My main concern is that this is straight historical fiction which is a really tough sale in the marketplace right now.” Being a bit stubborn, I didn’t give up. Instead I took my novel to a Highlights Foundation Whole Novel Workshop.

For those unfamiliar, at a “Whole Novel Workshop,” an editor reads and evaluates your novel in its entirety. Industry veteran, Stephen Roxburgh, who had recently started namelos, a small, independent publishing company, critiqued my novel. He expressed interest in publishing it, and after two rounds of revisions on spec, we signed a contract. The Ballad of Jessie Pearl was published on February 1, 2013. 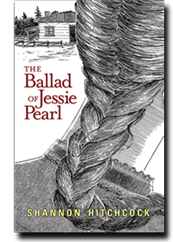 Jody: You mentioned your agent. How did you find her? What does she do for you?

Shannon: I got an agent the traditional way by sending out query letters, but when my prior agent resigned, Deborah Warren, at the same agency, East/West Literary, inherited my manuscripts. Deborah subs my manuscripts to the editors she deems most appropriate, follows up with those editors, and negotiates contracts on my behalf.

Shannon: I will call my publishing deal a hybrid. It’s not quite traditional, and it’s a long way from self-published. My publisher does not pay an advance, but he does pay for all publishing costs. I have a 50/50 royalty split arrangement. My book went through multiple rounds of edits, copyedits, was professionally designed, and The Ballad of Jessie Pearl was submitted for professional reviews to all the major review journals. You can read the resumes of the people who worked on my book here.

Jody: Are you required to do a lot of your own marketing and promotion?

Shannon: The marketing strategy at namelos is to sub the books they publish for professional reviews and awards. They printed 150 copies of The Ballad of Jessie Pearl, and Nancy Hogan, head of publicity and foreign rights, sent them to the appropriate people. I have not been required by namelos to do any marketing, but they are appreciative of what I have done on my own. Basically I updated my website, had a book trailer made, and a Curriculum Guide for teachers. You can view all of those things at my website.

Shannon: The publishing industry is in a state of flux. Bookstore closings, which mean less shelf space, aren’t good for anybody. I don’t pretend to have a crystal ball and know how it will all shake out. Still, it’s a good time to be an author because there are more publishing options than ever before. 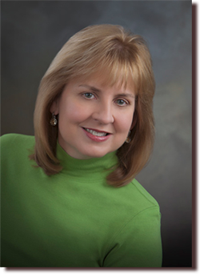 Shannon Hitchcock's stories have appeared in Highlights for Children, Ask, and Cricket magazines. Richard Peck, Newbery Award-winning author, shared this high praise about The Ballad of Jessie Pearl: "With the poetry of plain speaking, Shannon Hitchcock recreates the daily drama of a vanished world."

You can find more about Shannon at www.shannonhitchcock.com

Email ThisBlogThis!Share to TwitterShare to FacebookShare to Pinterest
Labels: How to Publish a Book 101 Blog Series, Interviews, pathways to publication, Shannon Hitchcock, The Ballad of Jessie Pearl